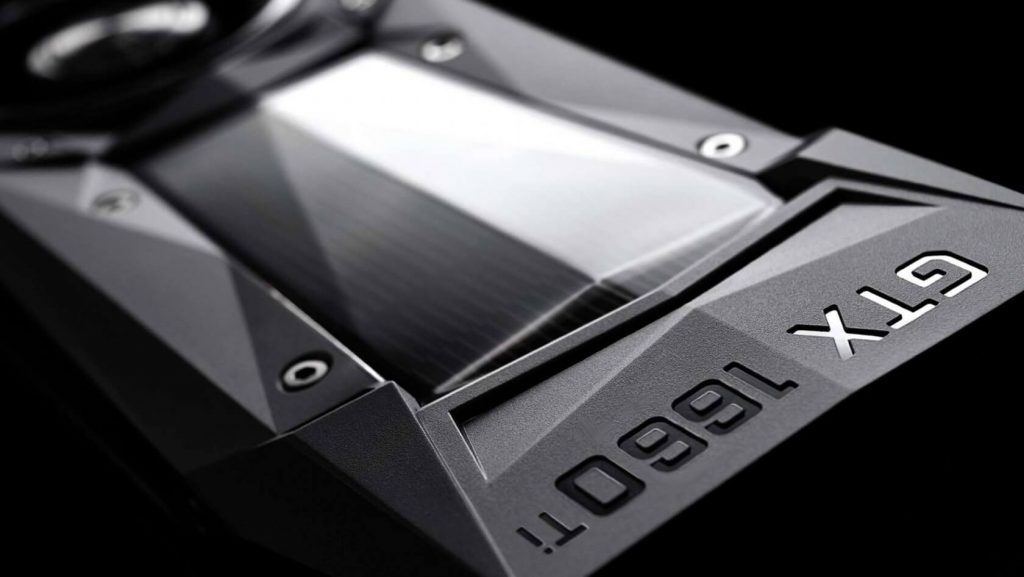 There have been a number of rumors circulating the intertubes as of late regarding the mysterious GeForce GTX 1660 Ti graphics card which pops up in either leaked benchmarks, or leaked specs published from online etailers. Today, while the card has not been officially released, we’ve got confirmation from three different vendors, EVGA, Palit, and Galax.

The new Galax card emerged recently via a series of leaked photos of just the box of the card. The new GeForce GTX 1660 Ti dispite its name is built on the Nvidia Turning architecture, however features such as real time ray tracing will not be available to the lack of (or disabled) RT cores.

Also confirmed is the 6GB of onboard memory which follows tradition of the typical GeForce **60 series graphics cards such as the GTX 1060 or the RTX 2060. While the box doesn’t feature an actual picture of the card, we can confirm that cooling for the Galax GeForce GTX 1660 Ti will be via a dual fan design. 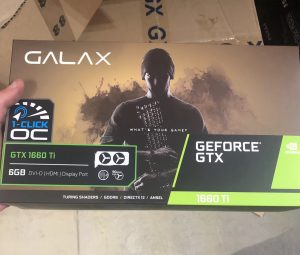 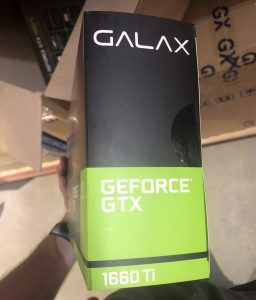 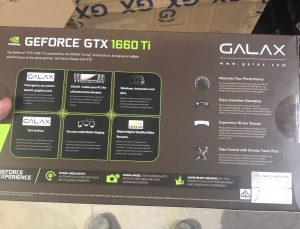 Next on the leak-list is box images the EVGA GeForce GTX 1660 Ti graphics card. Images of the card were originally discovered over at Videocardz.com and fortunately, we’ve got images of the graphics card itself, as well as its packaging. Unlike the Galax model, the EVGA card appears to be cooled by a single fan rather than a dual fan design. The design of the card appears to follow EVGA’s RTX card design which we were not really a fan of based on our review of the RTX 2070 XC. However, on improvement we can see right off the bat is the lack of a transparent fan shroud. Either the shroud is plastic or aluminum, but at this point it’s too early to tell.

The EVGA GeForce GTX 1660 Ti will roll out in both standard and Black editions. At this point we’re not sure as to the specs as to each. It’s probably safe to assume that the standard edition will follow the base specs we’ve seen leaked before: 1770/1815 base/boost clock. 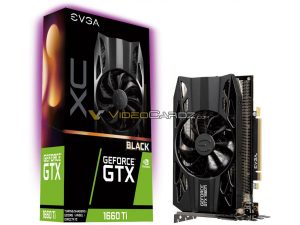 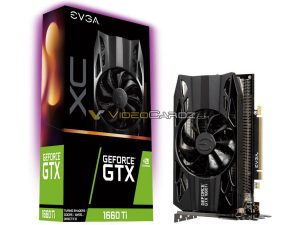 Much like the EVGA card, the Palit GeFOrce GTX 1660 Ti will roll out in two different models, the standard and the StormX version. Physically the two cards appear identical. The StormX version will likely have factory increased core and/or memory clock speeds.

Both cards will feature a single fan cooling design in a PCIe two slot design. Size-wise, the Palit card appears to be the smallest of the three which would make it a welcomed addition to a mini ITX build. 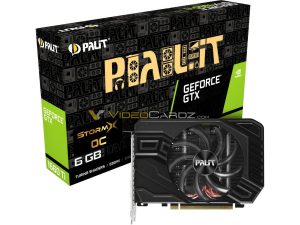 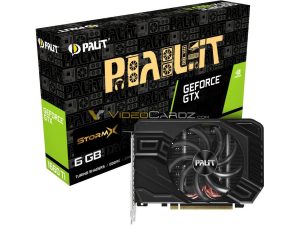 At this point we don’t have any release date confirmation, or pricing details. Given the amount of leaked data as of late, I’d speculate we’ll see a launch here in the next coming days or weeks.