The two new graphics cards are equipped with 2560 and 2304 stream processors respectively and each feature 8GB of onboard GDDR6 VRAM. Below is the official press release from Gigabyte:

The RDNA gaming architecture of Radeon RX 5700 Series is designed to power the future of PC, console, mobile and cloud-based gaming for years to come. It features a new compute unit design optimized for improved efficiency and a multi-level cache hierarchy designed to provide reduced latency, higher bandwidth and lower power. Delivering up to 1.25X higher performance-per-clock and up to 1.5X higher performance-per-watt compared to the previous-generation Graphics Core Next (GCN) architecture, RDNA provides the computational horsepower to enable thrilling, immersive gaming by enhancing explosions, physics, lighting effects for fluid, high-framerate gaming experiences. 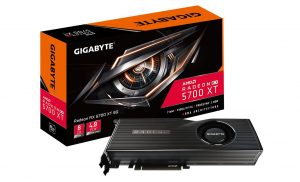 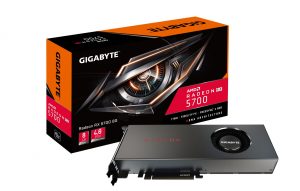