Over the past few days leaks of images, twitter posts, and YouTube videos have been spotted revealing what looks to be an Nvidia Titan RTX. While there has been no official announcement (or even leak) from Nvidia, these leaks are definitely stirring the pot with many high end system builders hoping a Titan RTX will be released soon.

One of the more obvious leaks was during a live stream by Linus Tech Tips where Linus “accidentally” grabs a box featuring the text “Titan RTX” printed on the bottom left-hand corner. The box itself is pretty convincing evidence in favor of the recent rumors: 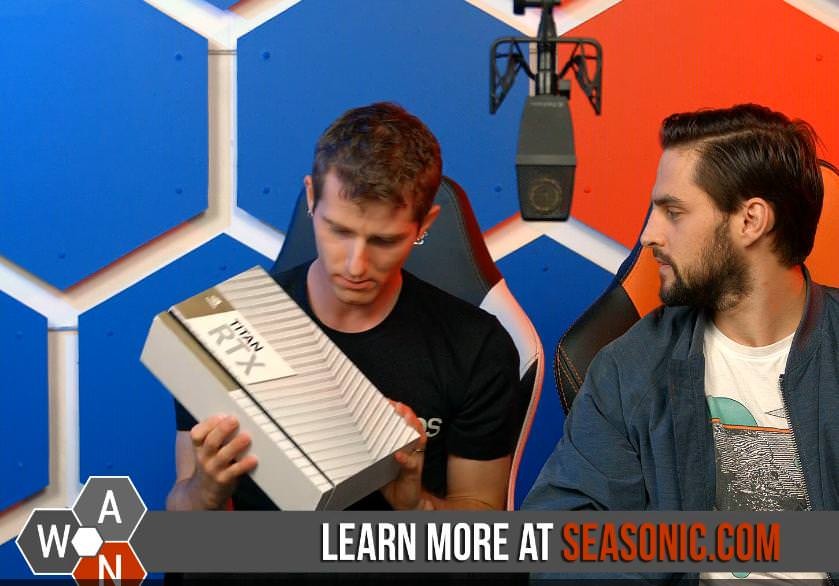 The next leak is a series of images by twitter users @GavinFree and @AndrewYg. Both users posted images of a unique looking Nvidia Titan GPU, however, the GPU does not look like any Titan graphics card released to date. The card pictured features a dual-fan design rather than the traditional blower fan design found on Titans’ past. 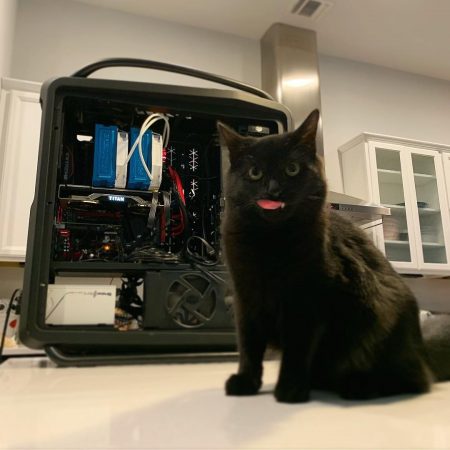 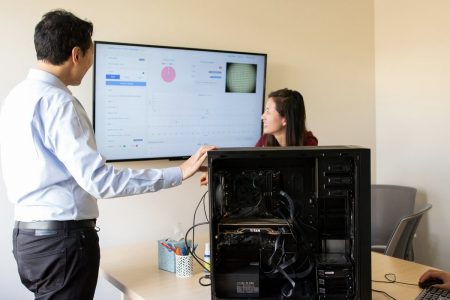 These recent “leaks”, at least to me, feel more like a planed coordinated release or information, similar to that when Nvidia leaked information regarding it’s latest RTX 2080 series graphics cards. Unless this is an elaborate prank, typically Linus doesn’t comment on rumors or leaks as he’s already got for-hand knowledge of such things. The same feeling is associated with these twitter accounts showing off hardware that’s obviously not been released yet.

Performance wise, I we can probably expect the new graphics card to have a much higher tensor core count and much more onboard memory than its predecessor. As an example, take a look at the Tesla T4. based on data from Nvidia’s website, it currently has a higher TensorTFLOPS count (65) versus the GeForce RTX 2080 Ti (56.9). A good comparison to the new Titan would be perhaps looking at the performance of the Quadro RTX 6000/8000 which yields 130.5 TensorTFLOPS.

If trend continues, performance for the “RTX Titan” would definitely surpass that of the Titan V. As far as onboard memory goes, if a comparison to the Quadro RTX 6000 holds any value, we could expect at least 24GB (hopefully 32GB) of HBM2.

As soon as we learn more, we will provide updates, but at this point since details are so scarce and all we have to go on are random leaked images.

[…] it looks like the rumors are indeed confirmed. Nvidia has just confirmed and released information regarding it’s Titan RTX graphics card […]