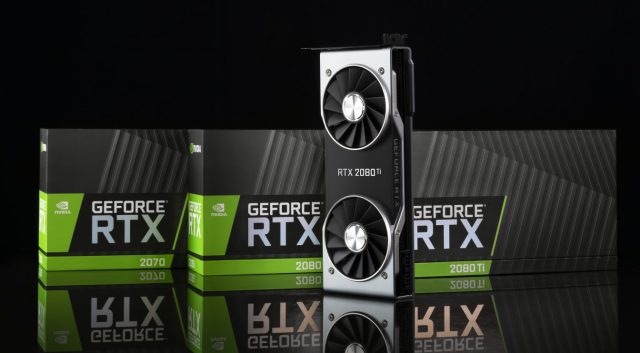 NVIDIA has just quietly announced that the release date for for general availability for the GeForce RTX 2080 Ti GPU will be delayed by a week. The original launch was due this week on September 20th, but has now been pushed back until September 27th. All general orders, including preorders will be affected and will arrive sometime between the 20th and 27th of this month.

It us unclear at this point why exactly NVIDIA announced the delay for the RTX 2080 Ti graphics cards. The easiest speculation is that inventory issues are to blame. Currently on NVIDIA’s website the Ti version is sold out and unavailable for purchase. The RTX 2080 (Non-Ti) is still available for preorder.We’ll post updates as we learn more, but at this point it’s safe to say that if you ordered an RTX 2080 Ti, expect it a week late.

$1,000 my ass people are selling these for over $2,000 because NVIDIA can’t find enough Chinese Boys in their underwear to manufacture their flagship.