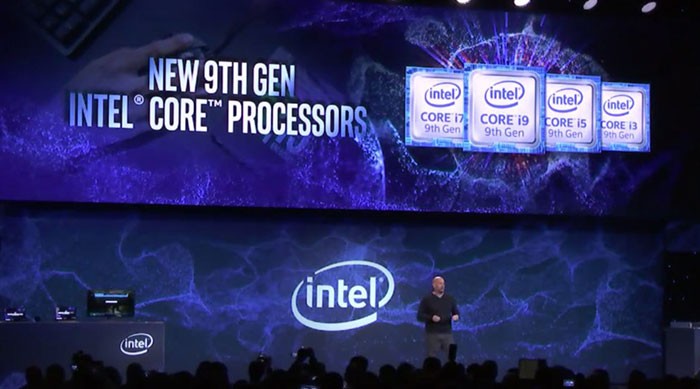 Intel has officially launched the F-series and KF-series desktop processors. The difference between these and their respective non-K counterparts is the lack of an integrated GPU or iGPU. Time will tell however if the iGPU is physically removed or just disabled. Clock speeds, cache, and TDP are identical between the F-series and standard K series processors.

These processors were rumored to be released early this year, however what we didn’t have any information on was the new Intel Core i3 9350KF. The processor features a 4.0GHz base clock with a 4.6GHz turbo clock. The quad core processor does not appear to use Hyper Threading technology as core and thread counts appear to be the same.

This information release comes from Intel’s Monday night CES 2019 presentation. We’ll hopefully start seeing these processors hit the shelves later this month through April this year. No word on pricing has been revealed as of yet. It will definitely be interesting to see how these processors compare price-wise to their non-F series counterparts.