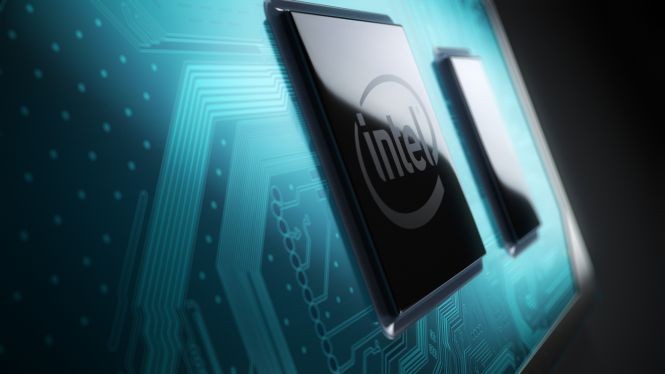 Intel has just announced some new additions to its 10th Gen Core Mobile series processors issued in a press release that was sent out earlier today. The new processors, code named “Comet Lake” are designed with power consumption in mind to deliver exceptional performance for mobile devices such as laptops. Higher core counts were considered a priority with this release allowing users to leverage demanding multithreaded workloads, to the point where Intel claims a “double digit” performance increase over the previous generation chips.

“Our 10th Gen Intel Core mobile processors provide customers with the industry-leading range of products that deliver the best balance of performance, features, power and design for their specific needs. From multitasking to everyday content creation, the newest additions to the family scale performance for even higher levels of productivity — in addition to offering best-in-class platform connectivity via Wi-Fi 6 (Gig+) and Thunderbolt 3 that people expect with 10th Gen.”
–Chris Walker, Intel corporate vice president and general manager of Mobility Client Platforms in the Client Computing Group

The below information is taken from Intel’s press release that highlights a few of the performance benefits of the new 10th Gen Intel Core series processors:

Taking advantage of Intel’s world-class portfolio of technologies and intellectual property, the 10th Gen Intel Core processor family delivers a range of workload-optimized platforms to address diverse computing needs and experiences. The new 10th Gen Intel Core processors leverage the improvements in intra-node optimizations on Intel’s highly optimized 14nm process technology that enable up to 16% overall performance gains2 and over 41% better productivity and multitasking on Microsoft Office 365* compared with the previous generation3 — all without compromising battery life1. Additionally, they integrate the best wireless connectivity with Intel WiFi6 (Gig+)4 and support Thunderbolt 3, the fastest and most versatile port available5.

Earlier this month, Intel launched the first products in 10th Gen Intel Core processor family, which were developed on the 10nm process technology and focus on bringing high-performance artificial intelligence (AI) to the PC at scale, a big leap forward in graphics performance and best-in-class connectivity. The new processors introduced today share the same leading platform connectivity, while expanding the family with processors for scaling performance and frequencies for modern productivity workloads. The result is a complete family of processors that complement each other, giving people choices for what usages matter most to them and re-imagining the possibilities of a modern laptop experience.

People can also expect the same great connectivity across the entire 10th Gen Intel Core processor family. Integrated Intel Wi-Fi 6 (Gig+) brings enhanced WPA3 security for additional peace of mind and is nearly 3 times faster6 to enable quick file downloads and more responsive performance throughout the home. Systems with these processors also support Thunderbolt 3 controllers enabling up to four Thunderbolt 3 ports, each capable of delivering power, download speeds of 40 Gb/s and connecting to the thousands of docks, displays and peripherals in the market, all via a single cable. 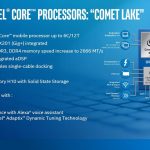 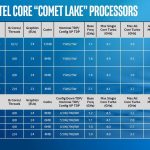 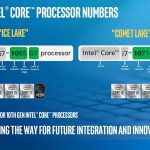 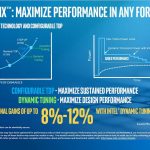