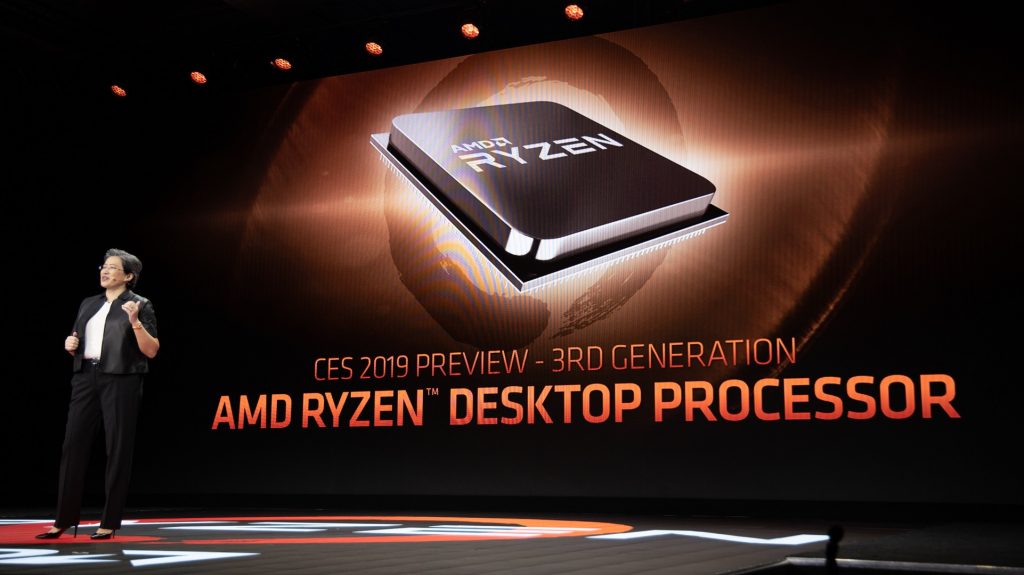 We’re able to officially put rumors to rest as AMD has finally just announced key members of its new Ryzen 3000 series lineup with official specifications and pricing. The pricing was revealed during AMD’s Keynote presentation by Lisa Su during Computex 2019. In a nutshell the AMD 3000 series processors feature a ~15%-25 increase IPS with boosted clock speeds all around.

The above table gives a high level overview into AMD’s new CPU offerings. The AMD Ryzen 9 3900X processor will be the top dog featuring 12 cores and 24 threads total, all running at 3.8GHz base and an impressive 4.6GHz boost clock. The two Ryzen 7 series processors, the 3800X and the 3700X will both feature 8 cores and 16 threads and will run at 3.9GHz/4.5GHz and 3.8GHz/4.4GHz respective base and boost clocks.

The new AMD Ryzen 3000 series is built on AMD’s latest Matisse 7nm CPU architecture and ready to be paired with the latest AMD X570 chipset. The new features the new PCIe 4.0 technology which will be available starting in July 2019.