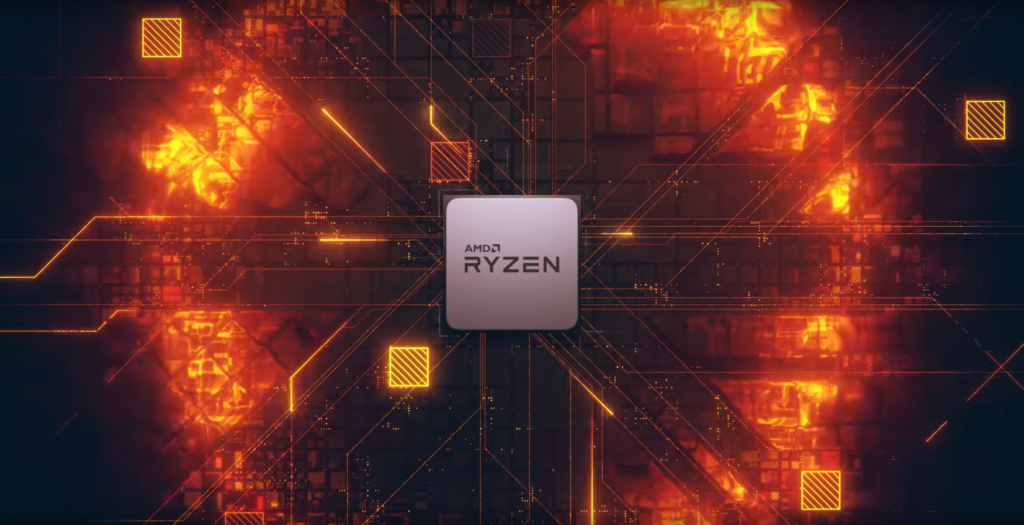 Now that AMD’s 3rd generation Ryzen series processors are right around the corner, unconfirmed leaks are starting to become more and more apparent. This leak is a pretty good (and convincing) one featuring detailed product specifications of the AMD 3rd Generation Ryzen processors based on Zen2. The leak was revealed by YouTuber AdoredTV and also featured detailed product information surrounding AMD’s up-and-coming RX 3000-series graphics cards.

AMD’s Ryzen lineup of computer processors has been a huge success and this next release appears to be another great launch. The top dog, the Ryzen 9 3850X runs at a whopping 5.1GHz boost clock and features 16 cores / 32 threads. Keep in mind that as with any leak, information may not be 100% accurate.

Starting at the bottom-tier with the AMD Ryzen 3 processors, the leak confirms three new desktop processors, the 3300X, 3300, and 3300G. Each processor features six cores and 12 threads. This indicates that the second generation Ryzen processors will be the last of the Quad Core CPUs with six cores being the new minimum. The processors range from an affordable $99 to $129 USD. The “G” in the product title indicates the addition of the NAVI CU graphics engine.

The new Ryzen 7 desktop processors will come in two different flavors and like two of the Ryzen 5 chips will feature a pretty low 95W TDP. At this point neither of the Ryzen 7 processors will feature NAVI graphics. Both chips will house 12-cores and 24-threads. The Ryzen 7 3700X offers some pretty impressive speeds running at 4.2GHz and 5.0GHz base clock with a 105W TDP.

At the top end of the new AMD Ryzen 3000-series we find the all new lineup of Ryzen 9 processors. These absolute units feature 16-cores and 32-threads with the fastest, the Ryzen 9 3850X running at an insane 4.3GHz and 5.1GHz boost clock. Considering the relatively low 135W TDP, it makes us wonder how much overclocking headroom this beast of a CPU will provide. Like the Ryzen 7 chips, no integrated graphics are supported with the new new offerings.

Now this is iconic

[…] the AMD Ryzen 3000-series processors right due early next year, leaks are becoming more and more frequent. This particular leak features the new Ryzen 3000U […]

[…] including the new Ryzen 9 3800X. The timing definitely seems interesting considering that these new processors will slowly start being released this year. The Ryzen 9 3800X however is not set to be released until May […]