Well, it looks like the rumors are indeed confirmed. Nvidia has just confirmed and released information regarding it’s Titan RTX graphics card with a release date of late December 2018. Following the release of the Turing-based Geforce RTX graphics cards over the last several months as well as the Quadro RTX series, it comes as no surprise that eventually we would be seeing a Titan RTX card released soon.

The Titan series has always been the “middle ground” graphics card between the Quadro and GeForce series cards. Gaming performance as well as compute performance is something the Titan series cards have done quite well in the past. The Titan RTX comes a year later after the launch of the Titan V which hit shelves this time last year. Pricing for the new card is set at a mere $2500 USD. The official launch will kick off during the NeurIPS conference.

Specification wise, there’s a lot of interesting things going on here. When comparing the new RTX Titan to the RTX 2080 Ti Founder’s Edition, there’s no doubt the card will perform better considering the higher CUDA and Tensor cores. This paired with a whole hell of a lot more VRAM with only a slightly higher TDP.

Things get a lot more weird when comparing the Titan RTX versus the Titan V. In the past, the Titan V always appeared more Quadro than Geforce with it’s very high core count and HMB2 RAM. Now Nvidia appears to have shuffled things around as the Titan RTX appears more GeForce than Quadro with it’s GDDR6 RAM and fewer core count than its predecessor. 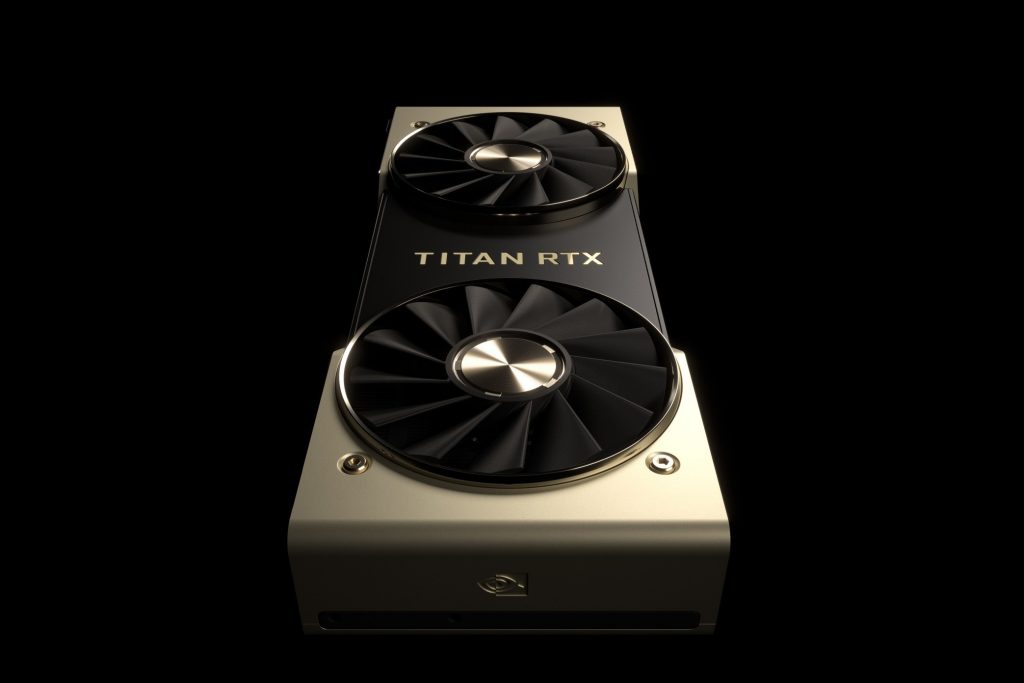 There’s no doubt that the card will perform well. Even while using GDDR6 over HMB2, overall memory bandwidth is still higher at 672GB/sec. When compared to the RTX 2080 Ti Founder’s Edition, we’re looking at about 16% better performance in shading, texture, and compute power and a ~10% in memory bandwidth.

The card’s design of the Titan RTX graphics card is similar to that of the RTX 2080 Ti Founder’s Edition. It features a similar dual-fan design in an aluminum housing. The reverse side of the PCB is covered by a full coverage backplate as well. The only main difference from what we could see is the logo change. The I/O area sports t3x DisplayPort, 1x HDMI 2.0b, and 1x VirtualLink similar to that we’ve seen on other RTX graphics cards. 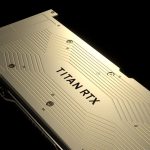 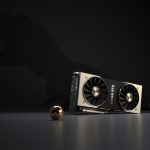