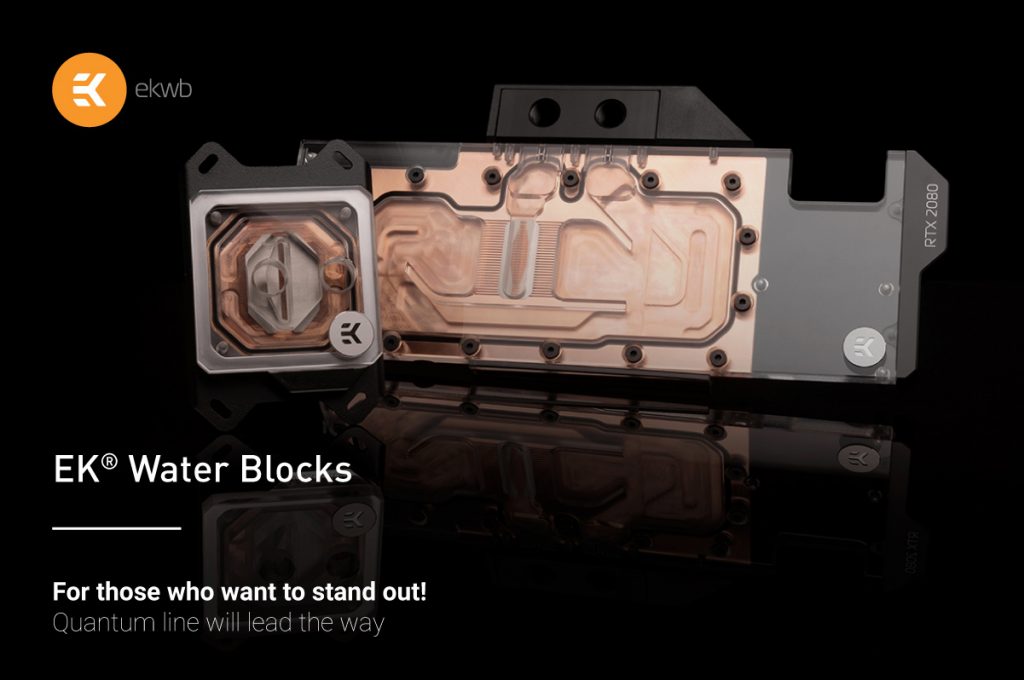 The EK-Vector is designed with precision in mind for the latest Nvidia GeForce RTX 2080 and RTX 2080 Ti graphics cards. The Vector blocks feature a completely redesigned cooling engine that has a larger footprint compared to the previous generation of full cover water blocks. This results in a larger surface area for heat transfer, which allows the increase of thermal performance of these water blocks.

“The Quantum Product Line will offer a complete portfolio of products, starting with Velocity – our flagship CPU water block – and Vector – our GPU water block. They were developed around our Quantum Design philosophy that everything in the liquid cooling loop is interconnected. It’s why we considered performance in the context of the entire liquid cooling loop, not just the individual parts. This alignment is expressed through the new design language of the Quantum lineup of products. It is how Quantum will definitively stand out in the industry.”

EK-Velocity is the new lineup for high-performance CPU water blocks for the latest Intel and AMD processors.

The Quantum Product Line including the Vector and Velocity blocks are now available through the EK Online Store. and where its products are sold.