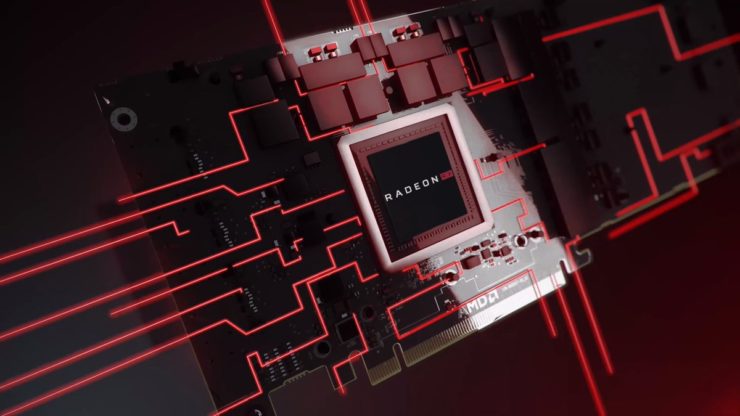 Earlier in the week, Broadcom announced sample data and tests for its new 200gbps Ethernet controller known as Thor. The new controller would be equipped with 50G PAM-4 as well as support for PCIe 4.0. This is big news for the enterprise, data center environment, where bandwidth intensive systems are commonplace. As much as your average gamer would love a 200gb Ethernet connection, the real gaming-themed announcement came further down the article as a quote from AMD’s vice president of datacenter design engineering:

“AMD intends to be an early adopter of PCIe 4.0 to meet the ever-increasing need for efficient, high-performance computing resources,” said Raghu Nambiar, vice president of datacenter design engineering at AMD. “Broadcom is a valuable contributor to the technology ecosystem and AMD looks forward to the support for our CPU and GPU processor architectures from the Thor PCIe 4.0 product.”

“Our data center continues to grow quickly. Adopting new technologies such as 50G Ethernet and PCIe Gen 4 are important to our future growth plans,” said Xun Feng Cao, director of the Server Platform Architecture of TEG at Tencent.

While this quote was targeted in reference to current trends in enterprise technology, it does provide us some insight as to AMD’s plans when it comes to the future of PCIe 4.0. How exactly this will scale with  consumer-grade electronics, is yet to be determined.

As AMD is going to be pushing it’s 7nm Vega GPU technology, it is possible that it might include support for PCIE 4.0. While nothing official has been released by AMD, rumors indicate the 7nm GPU’s to be released sometime next year along with Navi and Zen 2 based processors.  Zen 2 processors are expected late Q1 or early Q2 2019 so if PCIe is already in the works in production enterprise environments, it’s a good indicator that X499 motherboard supporting Zen 2 architectured CPUs will also support PCIe 4.0.

As PCIe v3.0 was released in 2010, it is safe to say that we are definitely due for a new revision as current GPUs have become much more bandwidth intensive. PCIe 4.o provides double the bandwidth at 16 GT/s and also maintains backwards compatibility with older PCIe versions. Form factor and pinout remain the same. between 4.0 and previous versions.

[…] it had to do with either a new AMD GPU, or PCIe 4.0. After all, AMD did mention that it would be integrating PCIE 4.0 in the near future. OR perhaps was this a hit of ASRock getting into the Polaris GPU […]

[…] According to leaked Power Point slides, AMD’s up-and-coming X570 chipset is due for launch around Computex 2019. The event is scheduled for May of next year so we could be looking at some major changes during that time. The X570 chipset is due to bring in some major changes which include support for AMD Ryzen 3 processors as well as providing support for PCIe v4.0. […]

[…] As AMD has announced that PCIE-4.o will be supported by the new up and coming X570 chipset and that AMD will be an early adopter of PCIE-4.0. We can only hope to see PCIE 4.0 support for these new RX 3000-series graphics cards, but […]

[…] far as motherboard interfacing goes, we’ve learned in the past that AMD will be an early adopter of PCIe 4.0 technology, so it will be interesting to see if the AMD Radeon VII is PCIe 4.0 […]