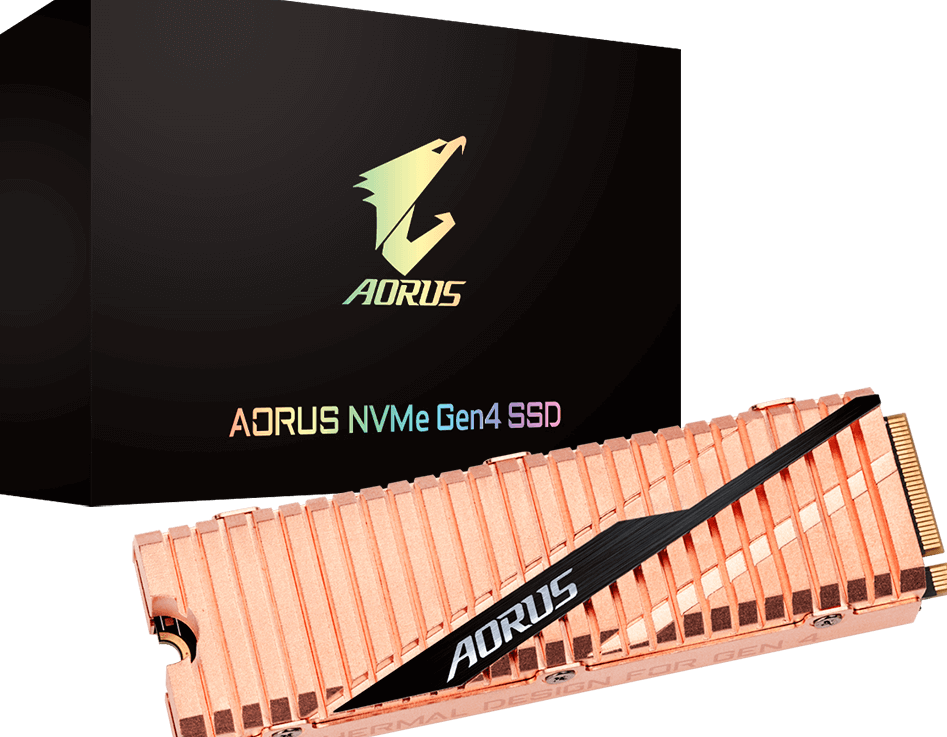 Gigabyte has just announced the release of its brand new M.2 SSD, the AORUS NVMe Gen4 SSD which is set to be released sometime in the near future. The new drive will be available in 500GB, 1TB and 2TB variants and will offer an impressive 5000MB/s read speed and 4400MB/s write speeds with slight variations based on capacity.

The new drive is based on the latest Toshiba Bisc4 Nand Flash memory technology which makes use of the latest in PCIe 4.0 technology. This directly translates to a 40% performance increase over traditional PCIe 3.0 drives. Each SSD is also cooled by a full coverage copper heatsink to keep temperatures down during high loads.

“When the PCIe 4.0 specification was announced, GIGABYTE was already a step ahead in preparation for the development of the product. Through the smaller size and superior performance attributes of the NVMe PCIe 4.0 M.2 interface, performance seeking users will be able to unleash the best SSD performance ,” said Jackson Hsu, Director of the GIGABYTE Channel Solutions Product Development Division. “GIGABYTE AORUS NVMe Gen4 SSD further advances the standards set by our previous SSD products. The SSD fulfills many users’ expectations and users are getting better performance, a better thermal design, a GIGABYTE Ultra Durable certified product, and a nice selection of size capacities at 500GB, 1TB, and 2TB.”

For more information, visit the product pages of the 1 TB and 2 TB variants on Gigabyte’s websites.