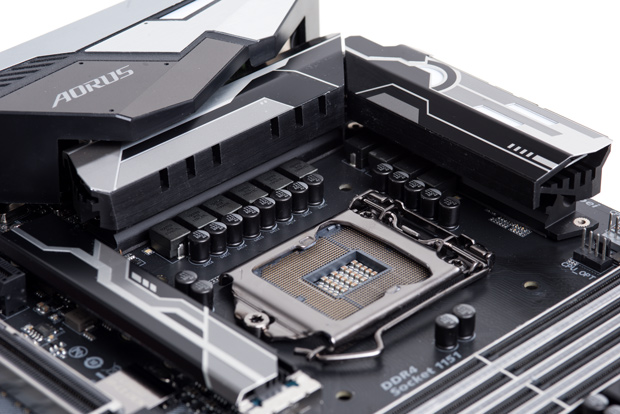 Add Gigabyte to the list of Motherboard manufacturers who is adding a whole lineup to the Z370 refresh, the Z390 AORUS motherboards. The Z390 chipset is Intel’s new chipset designed to fully support the new Coffee Lake S series processors released later this year. It’s no surprise that We’re seeing the new motherboards soon after other  manufactures have announced their own Z390 release. For instance ASUS recently announced 19 new motherboards to prepare for the Coffee Lake S refresh.

The new Gigabyte AORUS Z390 motherboards will be released under the following model names:

No word yet on the timing as to which boards will be released first (or all at once). As you can see, seven of the motherboards will be released under the AORUS platform, Gigabyte’s high end gaming lineup. Expect these boards to be packed overclocking features, and other features gamers demand. The AORUS EXTREME appears to be the new flagship motherboard, with other boards such as the MASTER, ULTRA and ELITE to come next. The PRO WIFI will likely be in a Mini-ITX configuration if naming trends continue.

Expect more details to follow as we near the launch of the Coffee Lake S series CPUs in October. So who’s next? (*cough, *cough, EVGA?)

[…] it with Phantom Gaming series. Add ASRock’s list to the list of other manufacturers such as Gigabyte, MSI and ASUS also releasing motherboards for the Intel Coffee Lake S […]

[…] to keep temperatures down. This particular motherboard is Gigabyte’s flagship motherboard. Other offerings with unique sets of features will also be […]

[…] has just added a new edition to its long list of Intel Z390 lineup of motherboards, the Z390 DESIGNARE for the latest Intel 9000-series processors. The DESIGNARE features modern […]

Back to Top
wpDiscuz
5
0
Would love your thoughts, please comment.x
()
x
| Reply