ASRock to Introduce Brand New Intel B365 Motherboards at CES 2019 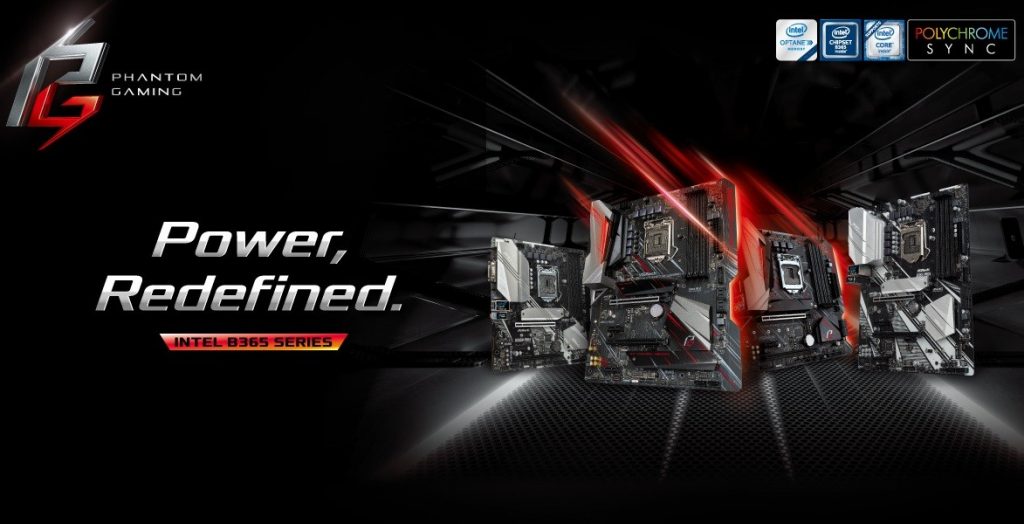 At a glance, the new B365 chipset supports up to 20 PCIe 3.0 lanes which is increased up from 12 currently supported by the B360. Additionally, the B365 PCH fully supports hardware RAID for PCIe and SATA storage devices, which is a feature that the B360 lacks.

The new B365 Phantom Gaming series’ motherboards aiming at mainstream market, with huge improvement on functionality and aesthetics. The product line includes Mini-ITX, the ever popular PRO series and the latest Phantom Gaming motherboards, giving a wide range of selection for everyone.

The new ASrock B365 Phantom Gaming motherboards will be launched during the CES 2019 event in LAS Vegas this month.

Here is a comparison of the common Intel chipsets next to the new Intel B365 chipset.

I wonder when we will start seeing these avaialbe they look pretty good.