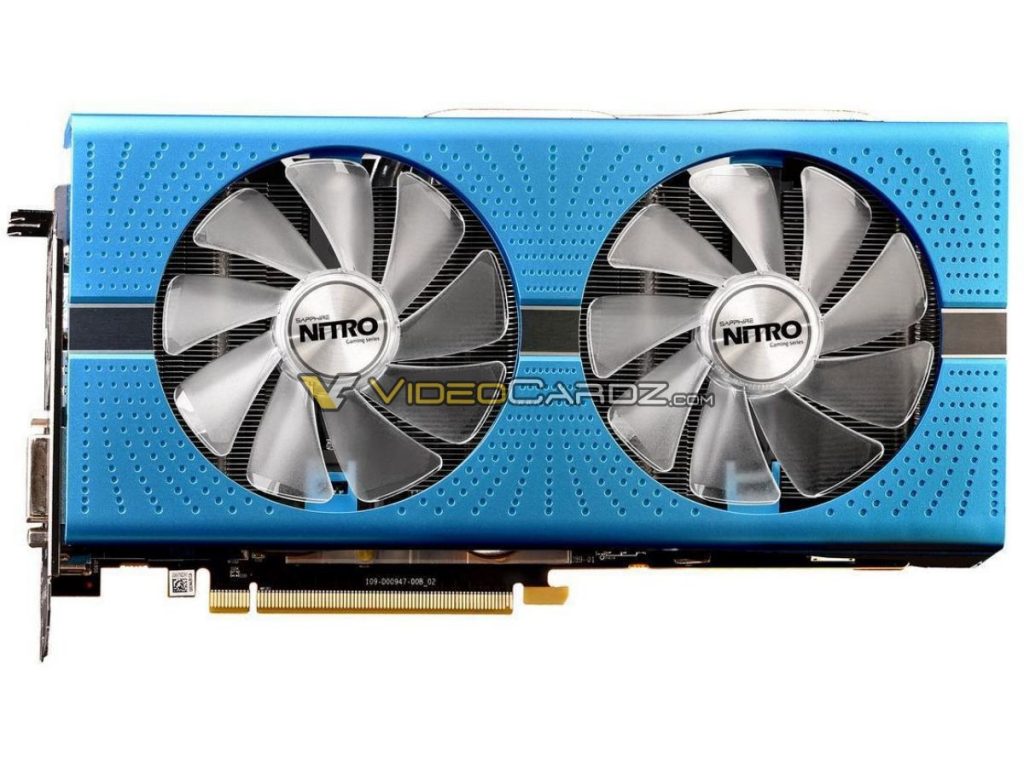 The AMD Radeon RX 590 is due to be released November 15th this year and as the date draws closer GPU images of the cards are starting to leak. One such is the Sapphire Radeon RX 590 NITRO+ graphics card, a mid-level performance GPU which features a beefy dual fan cooler. The GPU features a blue and white design with a cooler shroud very similar to the RX 580 NITRO plus released prior. In addition to the chip-side cooler, the RX 590 NITRO+ features a passively cooled aluminum back plate.

Overall the blue and white color scheme is VERY different than other cards which may or may not appeal to some gamers. As far as we can tell there is no RGB LED lighting option on this particular graphics card.

Performance wise, the Sapphire Radeon RX 590 boasts 2304 stream processors, 144 texture mapping units (TMU) and 32 ROPS, same specs as the RX 580. What separates the two graphics cards is a smaller die size in the RX 590. Whether or not this leads to better performance due to boosted clock speeds (or better overclocking potential) is yet to be seen. Actual clock speeds and memory information has not yet been released. We’re hoping for a clock speeds greater than 1550MHz. 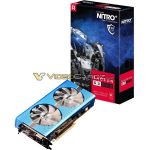 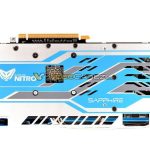 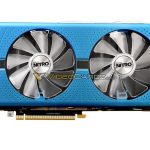 […] a factory overclocked GPU and 8GB of GDDR5 memory. A few details including images of the GPU were discovered last week, however now we’ve got official details and […]