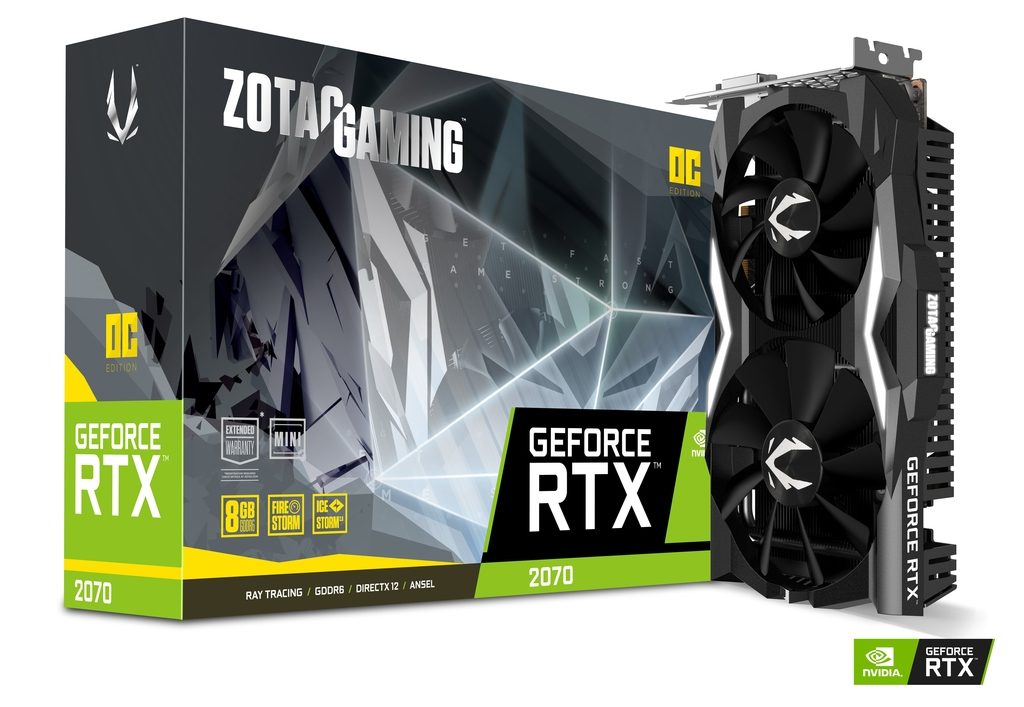 ZOTAC has just announced the release of its GeForce RTX 2070 Mini Series graphics cards which are currently the smallest and most compact RTX 2070-series graphics cards to date. Its length measures in at only 210mm wide and 128mm tall. These cards would be the perfect companion for micro-ATX and mini-ITX builds for a small form-factor gaming PC.

Two different versions of the RTX 2070 Mini cards will be released, the base model (ZT-T20700E-10P), and the factory-overclocked overclocked version (ZT-T20700F-10P). Both models look similar design-wise and will both consist of the same dimensions. The overclocked model will run at 1650 MHz core clock, while the base version will run at 1410 MHz. Memory clocks remain the same between the two cards.

Both ZOTAC RTX 2070 Mini series graphics cards are powered by a single 8-pin PCIe power connector from the PSU. The cards support two DVI connectors, three DisplayPorts, and a single HDMI port. Cooling for the GPUs is provided by a single 90mm fan for the base model, and a 100mm fan for the factory overclocked version. The heatsink itself is constructed from aluminum fed by copper heatpipes.

The graphics card are available now. The base price can be purchased for $529 USD, and the OC version for $549 USD. 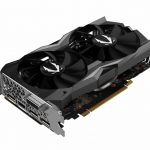 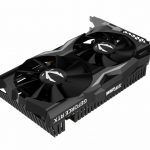 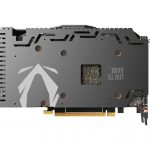 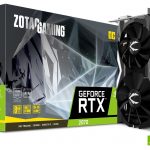 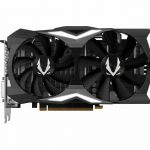 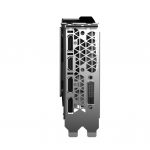