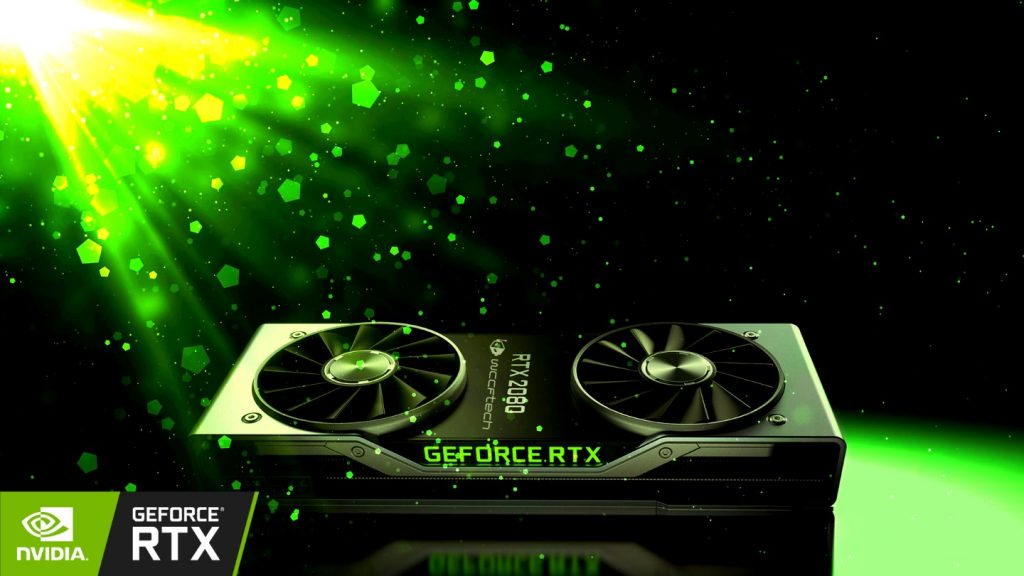 After the launch of the new Turing cards, NVIDIA has released new SDKs to take advantage of one of the biggest leaps in computer graphics in the last decade. This developer software incorporates NVIDIA’s new CUDA 10 which is supported by Turing GPUs. It also comes with optimized libraries such as asynchronous task-graph programming model, enhanced CUDA and graphics APU interoperability, as well as brand new developer tools. CUDA 10 also provides the backing for developers to build applications for AI and high performance computing (HPC) workloads. This is currently supported by both on-prem (DGX-2) and in the cloud (HGX-2).

Deep learning frameworks using NCCL 2.3 and later can leverage new features and performance of the Volta and Turing architecture to deliver high-performance and efficient multi-node, multi-GPU scaling of deep learning training. New features include improved low latency algorithms for small message sizes and finer control of when to use GPU Direct P2P and RDMA.

NGX is a new deep learning-based technology stack bringing AI-based features that accelerate and enhance graphics, photos imaging and video processing directly into applications. The NGX SDK provides pre-trained networks, making it easy for developers to integrate AI features. The SDK will be available in the next few weeks.

VRWorks Graphics features are aimed at Game and Application developers and bring a new level of visual fidelity, performance, and responsiveness to virtual reality. This version paired with Turing based GPUs brings many new technologies including Variable Rate Shading and Multi-View Rendering. Variable Rate Shading is a new rendering technique that increases rendering performance by applying full GPU shading horsepower to detailed areas of the scene, and less GPU horsepower to less detailed areas. Multi-View Rendering expands on Single Pass Stereo’s features, increasing the number of projection centers or views for a single rendering pass from two to four. All four of the views available in a single pass are now position-independent and can shift along any axis in the projective space allowing support for new display configurations and canted displays for extremely wide fields of view.

NVIDIA Nsight Visual Studio Edition is an application development environment for GPUs that allows you to build, debug, profile, and trace a wide range of applications. Updates in Nsight VSE 6.0 include graphics debugging with ray tracing support and enhanced compute debugging and analysis with CUDA 10 support.