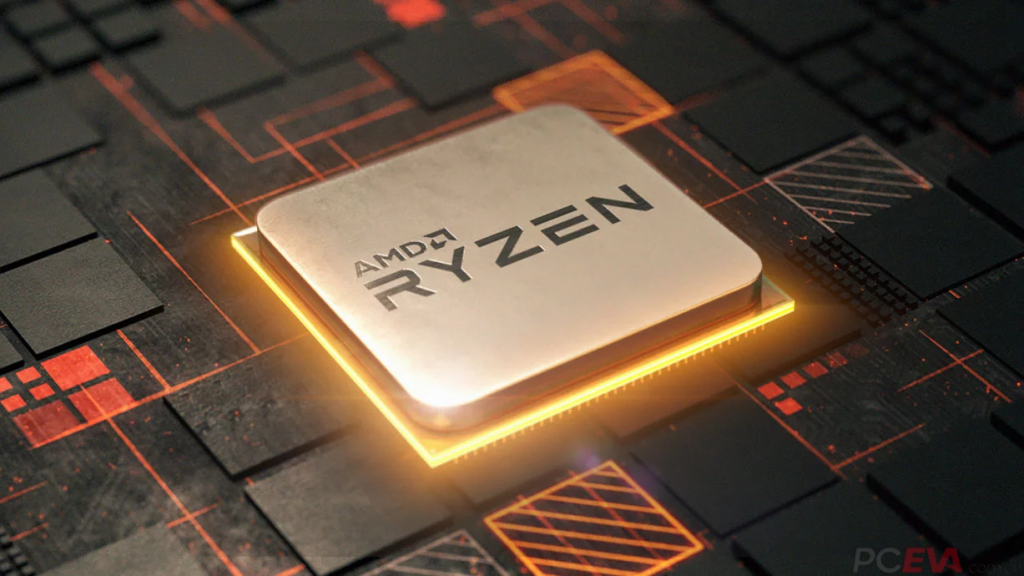 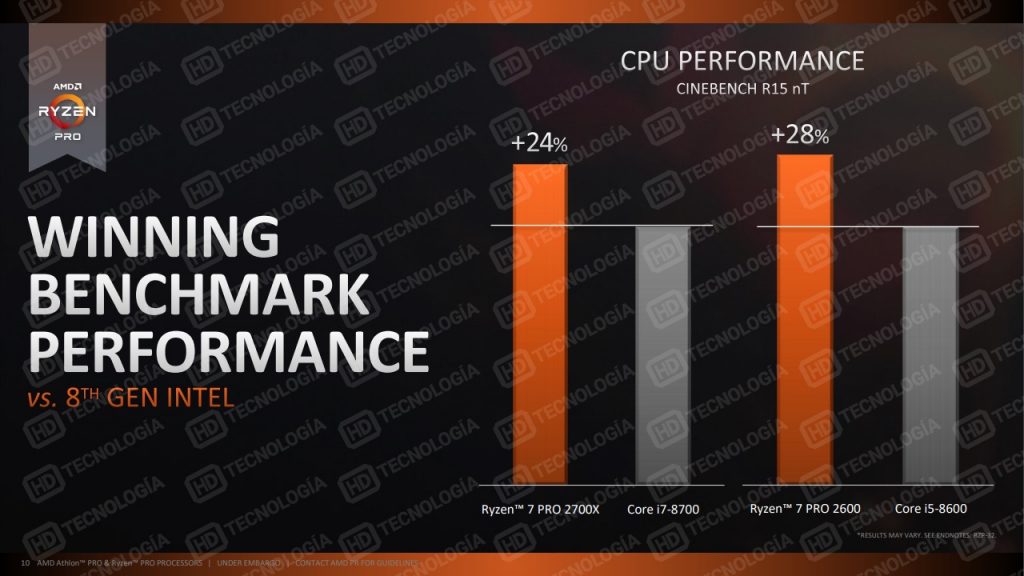 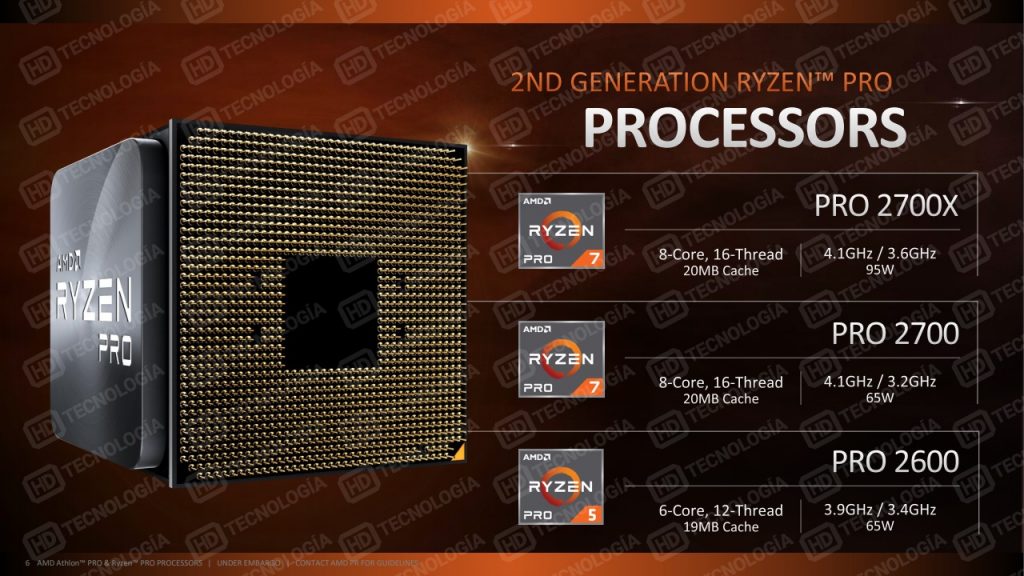 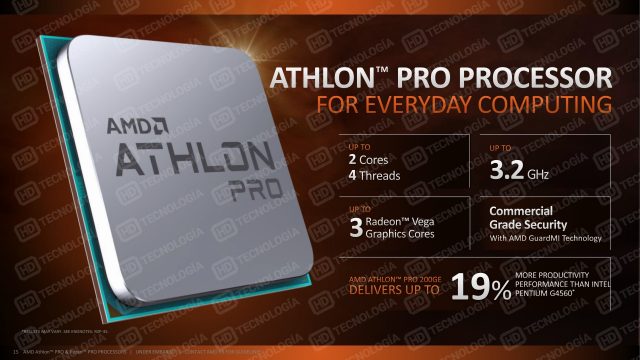 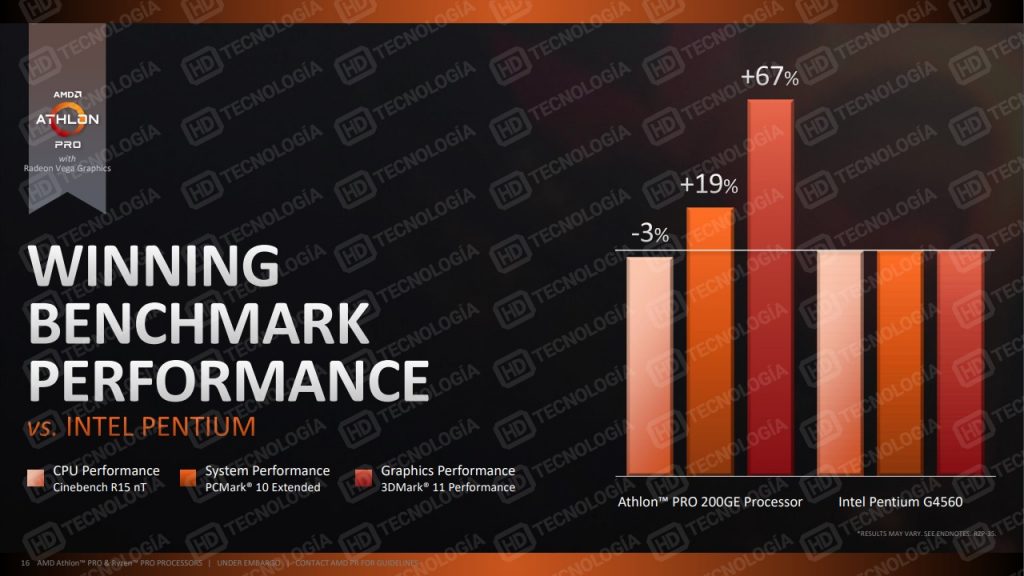 Details surrounding the Athlon Pro have also been released. The new Athlon Pro 200GE is a dual-core APU with four logical threads total. The new APU will be equipped with a Vega 3 integrated graphics card and will be based on the new Raven Ridge architecture which will run on the AMD AM4 platform. New details surrounding this CPU will be revealed on September 6th as from what we can see is the embargo lift date. The New Athlon Pro 200GE CPU is clocked at 3.4GHz with no turbo mode. TDP for the CPU will be 35W and will have an MSRP of $55 USD. Based on the Zen architecture, the new Athlon chips will be in direct competition with the Intel Pentium CPUs.

Details surrounding this leak was posted today by PCEVA. 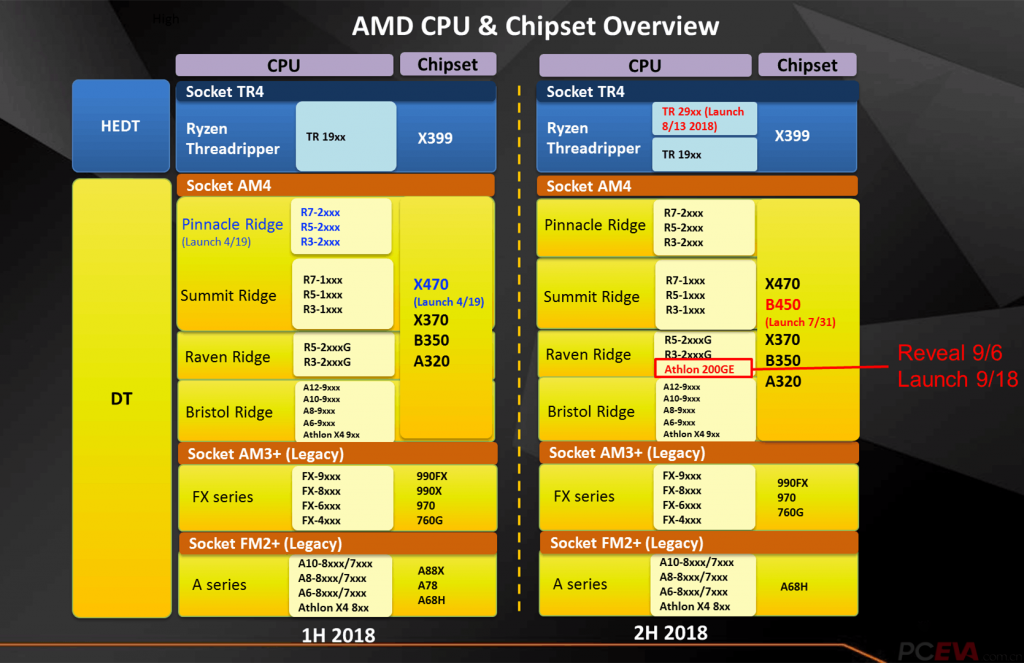 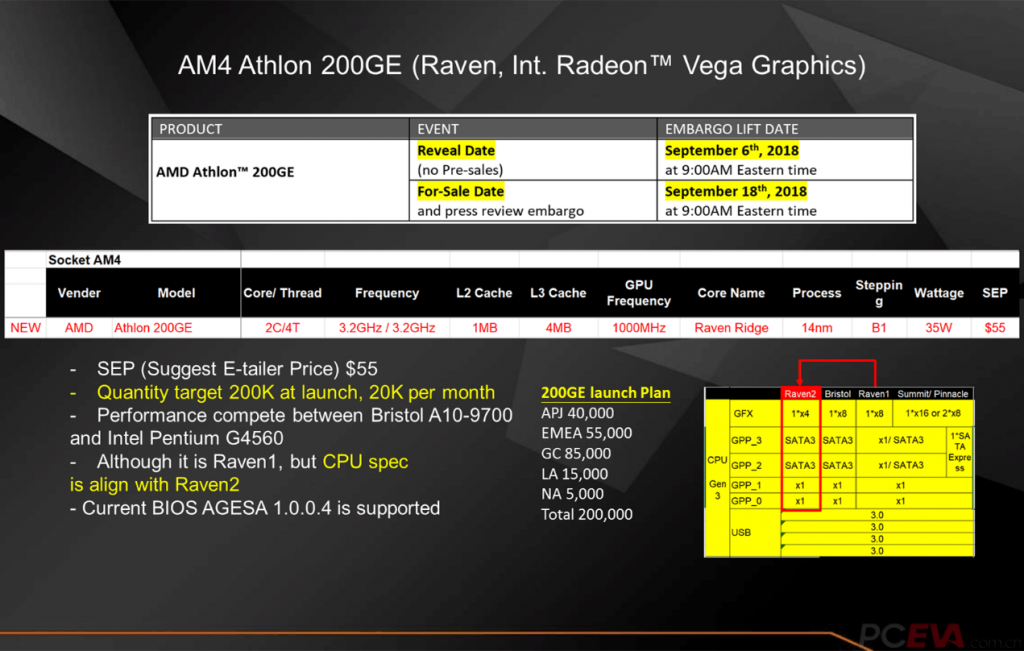 […] system builders who want to get the most out of their system without having to break the bank. AMD launched the Ryzen 2000-series earlier this year, with a growing number of affordable motherboards on the rise. The higher-end X470 chipset […]