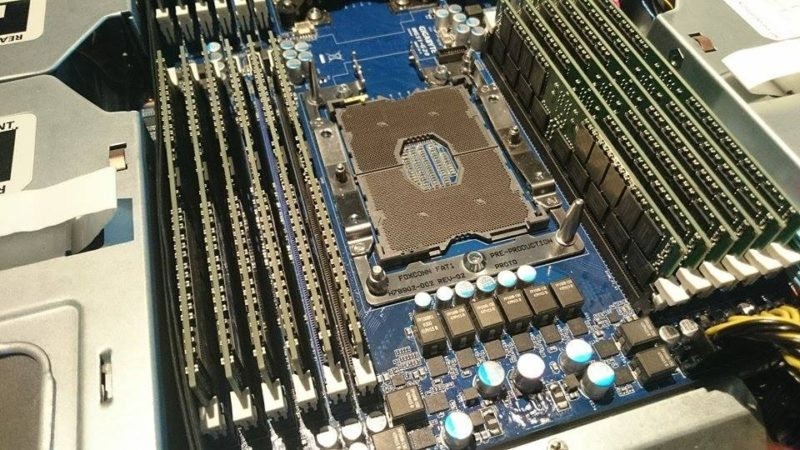 A couple months ago Intel revealed its latest HEDT flagship processor the Xeon W-3175X, a 28-core 56-thread monster built on the 14nm Skylake-X platform. Now that it’s release date is drawing closer and closer, detailed specifications as well as pricing are beginning to come to light.

The Intel Xeon W-3175X is designed for the LGA 3647 socket and will launch later this month. As it’s launch is right around the corner, resellers and OEM manufactures have been leaking online pricing information. Most of the leaks are from European retailers which have listed Intel’s Xeon W-3175X for pre-order. Based on a few sellers the average price from what we’re seeing will be roughly $4000 USD. Definitely not cheap, especially when compared to AMD’s Threadripper 2990WX which offers 32C/64T at a much lower price.

There’s no doubt that the performance of  the Xeon W-3175X will be impresive. The processor features 28 cores and 56 threads running at a base clock of 3.1 GHz with a boost clock of 4.3 GHz. It’s packed with 38.5 MB of L3 cache, support for DDR4 hexa-channel memory  and a whopping 68 PCIe Lanes.

The best part is that the processor will ship unlocked providing full overclocking support. Specifications are very similar to that of the more server-based Xeon Platinum 8180 which features the same amount of cores at a slightly lower TDP, likely due to the lower frequencies. 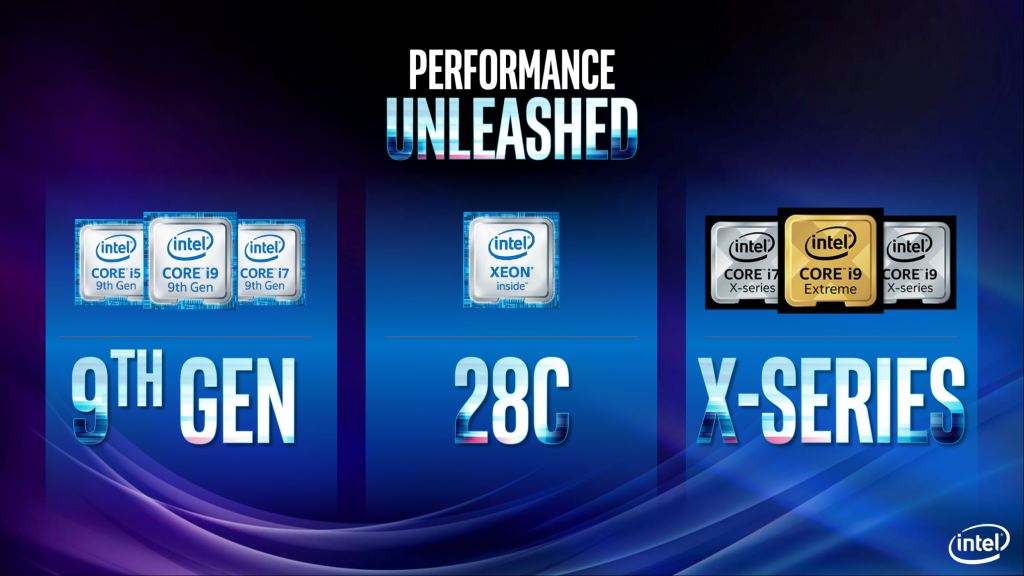 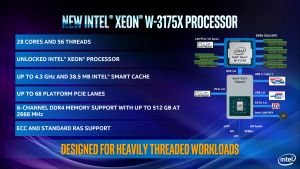 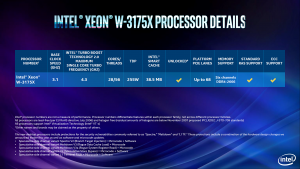 Stay tuned in the weeks to come as more details and accurate pricing information will be available upon the processor’s official launch date.