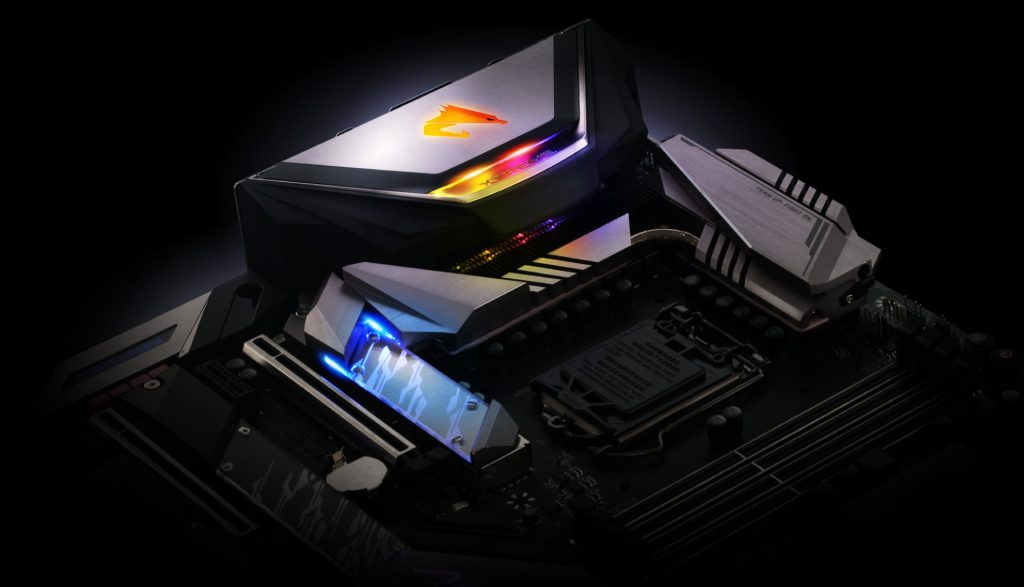 Gigabyte has just announced the launch of it’s new Z390 AORUS XTREME motherboard which is packed with features that high end system builders and overclockers need. Speaking of overclocking the motherboard is equipped with a whopping 16-phase CPU PWM for extreme overclocking for water or LN2 setups which will provide good clean power to the CPU during high loads. Cooling for the VRM is provided by oversized heatsinks to keep temperatures down. This particular motherboard is Gigabyte’s flagship motherboard. Other offerings with unique sets of features will also be released.

The new Z390 AORUS XTREME motherboard also supports many other high end features such as 10Gb Ethernet provided by AQUANITA. Onboard Intel gigabit Ethernet is also included along with 802.11ac 160MHz 2×2 WiFi which supports both 2.4GHz and 5GHz speeds. The motherboard features “Smart Antenna” technology which provides magnetic shielding and provides a much better omni-directional connection.

The boards construction is also unique. It features a nonocarbon baseplate which aids in heat dissipation and gives the Z390 AORUS XTREME motherboard a much more rigid feel. Installation is also simplified with a built in I/O shield for rear facing peripherals. Speaking of peripheral connectivity, the motherboard supports USB 3.1 Gen2, Thunderbolt3, network ports, audio port jacks, and even BIOS controls such as reset button.

Overclocking is probably one of the motherboards primary functions. Tuning can be done either manually or automatically using Smart Boost technology:

OC Touch panel of the Z390 AORUS XTREME. OC Touch incorporates easy-to-use buttons and toggles for the user to configure key processor multipliers and adjust BCLK frequencies by units of 1MHz or 0.1 MHz. Regardless of whether the user is at the BIOS screen, using DOS or Windows® operating systems, these frequency changes can be adjusted and applied without rebooting the system. Users can quickly optimize their PCs’ performance and find the highest frequency for their processors. Additionally, the exclusive OC button can load overclock configuration presets so that less experienced overclockers can overclock at certain ranges. The OC-Touch function also helps users figure out the best overclocking settings for their processors. The built-in voltage measurement module keeps the user informed on the voltage of each component, making overclocking more convenient for users.

Internal component support for the motherboard features 3x PCI3 x16 slots for both 2-way and 3-way SLI and CrossFire support. SSD Storage-wise, the motherboard is not lacking as it features three M.3 slots which has RAID controls for RAID 0,1 and 5. 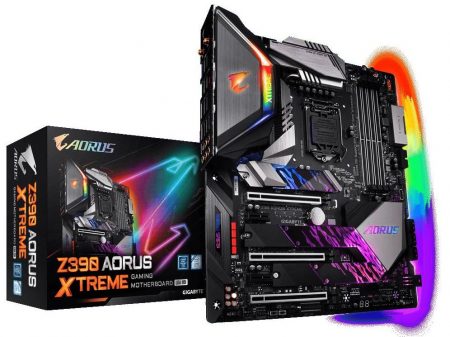 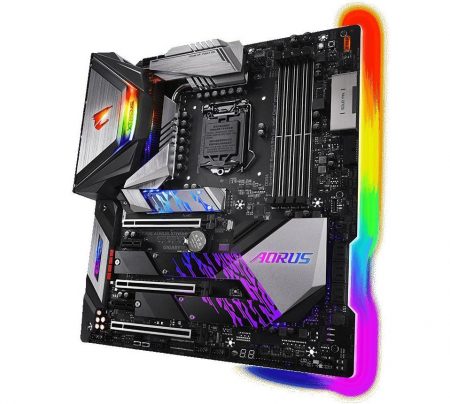 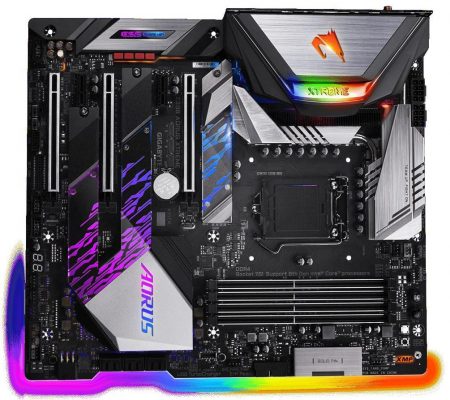 […] Gigabyte has just released its latest Intel Z390-based motherboard targeted at extreme overclockers and (obviously) liquid coolers. Introducing the Gigabyte Z390 AORUS XTREME Waterforce which features an integrated full-coverage waterblock which not only provides cooling to the the processor, but the CPU VRM, and chipset as well. Specifications are similar to the Z390 Xtreme which made its debut a couple months ago. […]