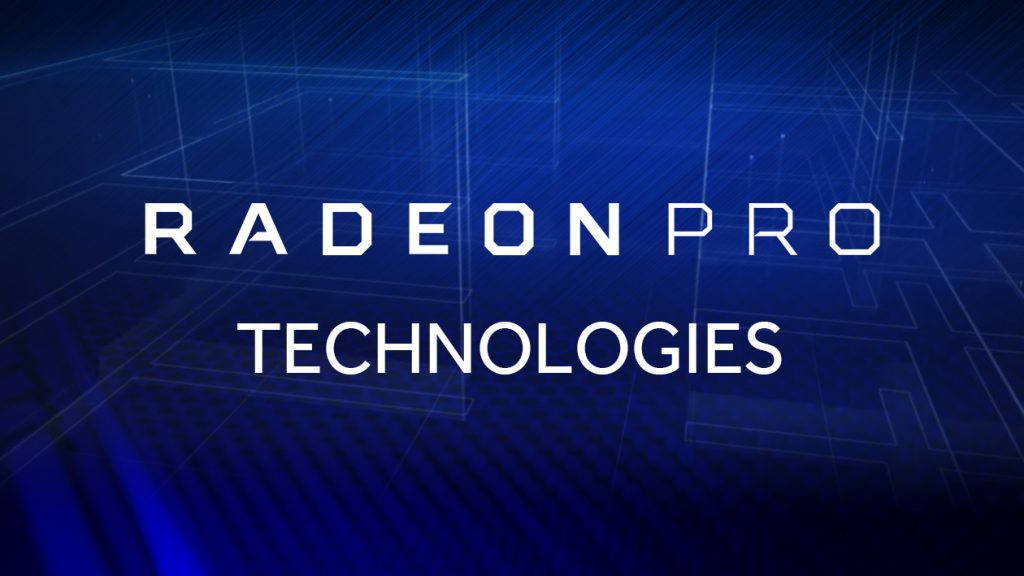 AMD has just released some information surrounding its Radeon Pro V340 Dual graphics card geared towards datacenters. While not designed with gaming in mind, the new Radeon Pro series is geared more towards virtualization and cloud compute operations. These GPUs are designed with performance and security in mind. Security for VMs is provided by AMD’s MxGPU technology which works by isolating memory in between VM’s. 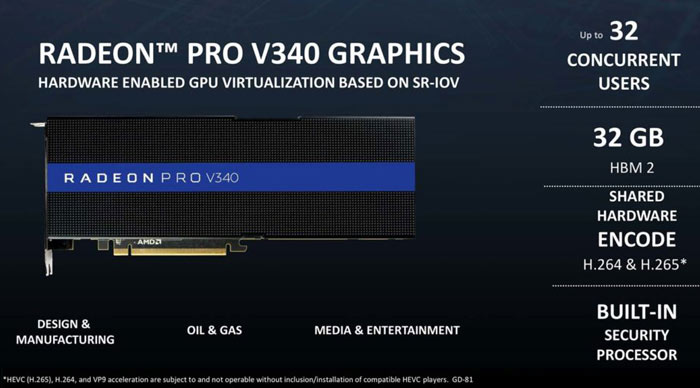 Specs were not very detailed. We know it features 32GB of HBM2 RAM, allows up to 32 users, and has built in hardware encoders for h.264 and h.265. More details to come later on.

The V340 is a beast. Its a dual-GPU solution based on the advanced AMD “Vega” architecture1, optimized to deliver extreme performance and high user density for virtualized environments. It is the first VDI hardware solution equipped with 32GB of ultra-fast, second-generation high-bandwidth memory, providing massive amounts of memory and bandwidth for today’s most complex design and media workloads.

At VMworld 2018 in Las Vegas we unleashed the beast and gave attendees a demonstration of the industry’s only hardware-based GPU virtualization solution enabled by SR-IOV (Single root – IO Virtualization). We even paired the V340 with a 32 core AMD Epyc CPU for the first time, giving the world a glimpse of what can be build with massive amounts of CPU cores and GPU compute units.

The V340 hardware combined with our software stack comprises AMD’s MxGPU technology. MxGPU stands for multi-user GPU and it does just that. It lets multiple users share a high performance GPU giving them highly secure, deterministic workstation-class performance, delivered from the cloud. With 2 GPUs pounding on 32 GB of HBM2 framebuffer, it supports up to 32 users per card, enabling density and scalability that is second to none2.

HBM2 RAM is awesome stuff but not cheap. Here’s an in depth article explaining the differences for anyone interested : https://graphicscardhub.com/gddr5-vs-gddr5x-vs-hbm-vs-hbm2/

The theoretical max of HBM2 is insane. HBM3 more-so… but GPUs for games are not fast enough for this level of tech yet.