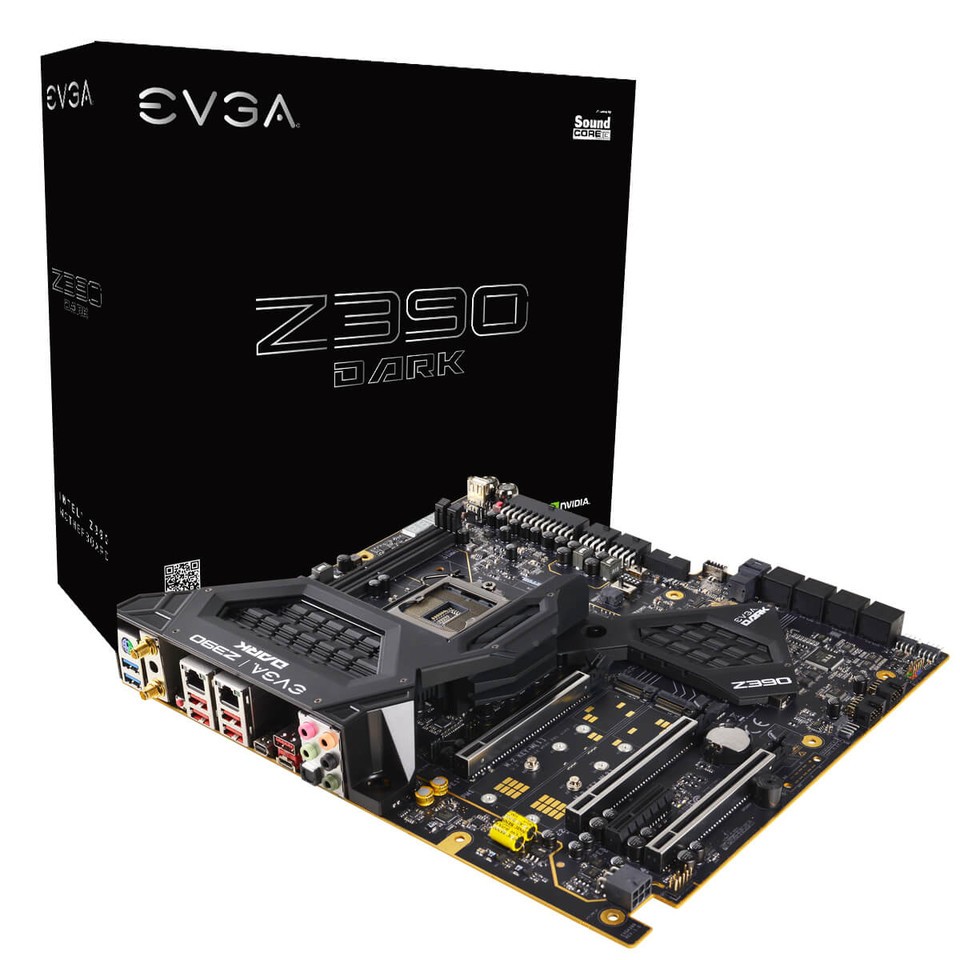 EVGA has just announced the release of its new flagship motherboard based on the Intel Z390 Chipset, the EVGA Z390 DARK. The new motherboard is designed to work with the latest 9th gen Intel desktop, or Coffee Lake S series processors. The Z390 dark comes equipped with a slew of extra features over the current Z390 FTW board currently available today.

The Z390 Dark is designed primarily for extreme overclockers and hardware enthusiasts so because so, there is some give and take. Because this thing is built for performance, the motherboard features a 17 Phase CPU VRM design which is fed from the PSU by two right-angle 8pin EPS12V connectors to provide maximum power for extreme overclocking environments. 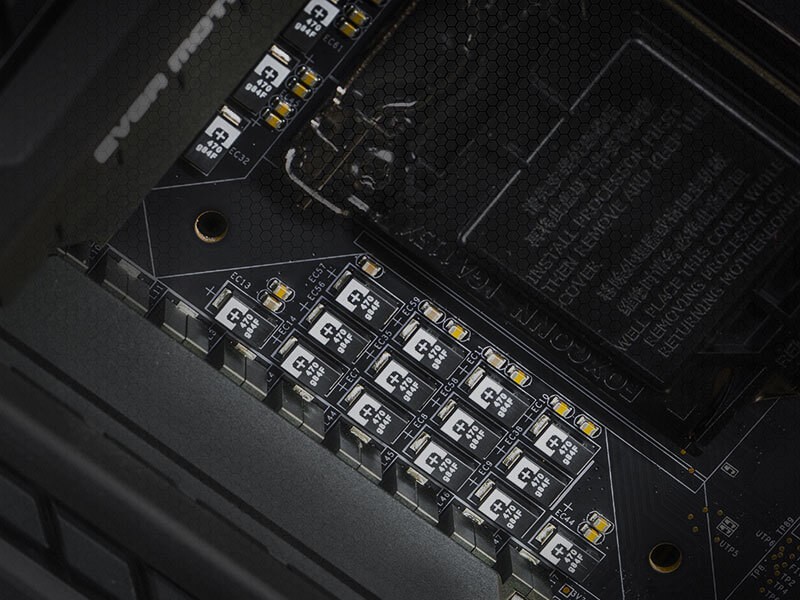 Compared to the FTW version of the Z390 series motherboard, the DARK only features two DIMM slots, 4x USB 2.0 ports on the rear I/O panel compared to 6 on the FTW, and one less PCIe x1 slot. What you gain is the addition of a U.2 SSD slot, an extra 1Gbps Intel NIC, and two more SATA 6gbps ports over the FTW.

Other features such as CPU-less BIOS updates, dual selectable BIOS are also included with the EVGA Z390 DARK. The board is definitely made to handle some serious abuse. Troubleshooting will be easy with tons of diagnostic LEDs and error code LCD readouts displayed throughout the motherboard.

As knowledge is power, extreme hardware enthusiasts need to know every aspect of their motherboard. To assist, EVGA includes a PCB diagram of the motherboard which highlights core components, lanes and buses, and other detailed hardware information. 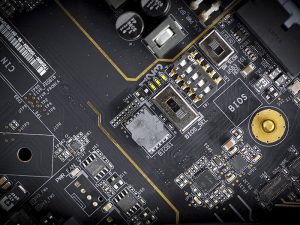 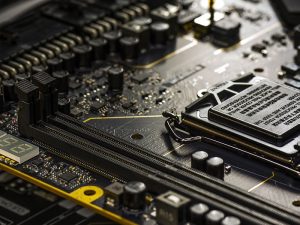 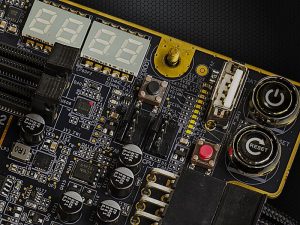 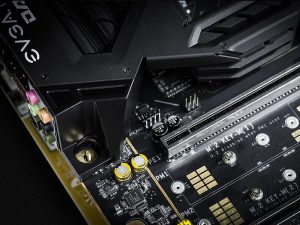 The EVGA Z390 DARK is available now for 499.99. More detailed information can be found over at EVGA’s product page.