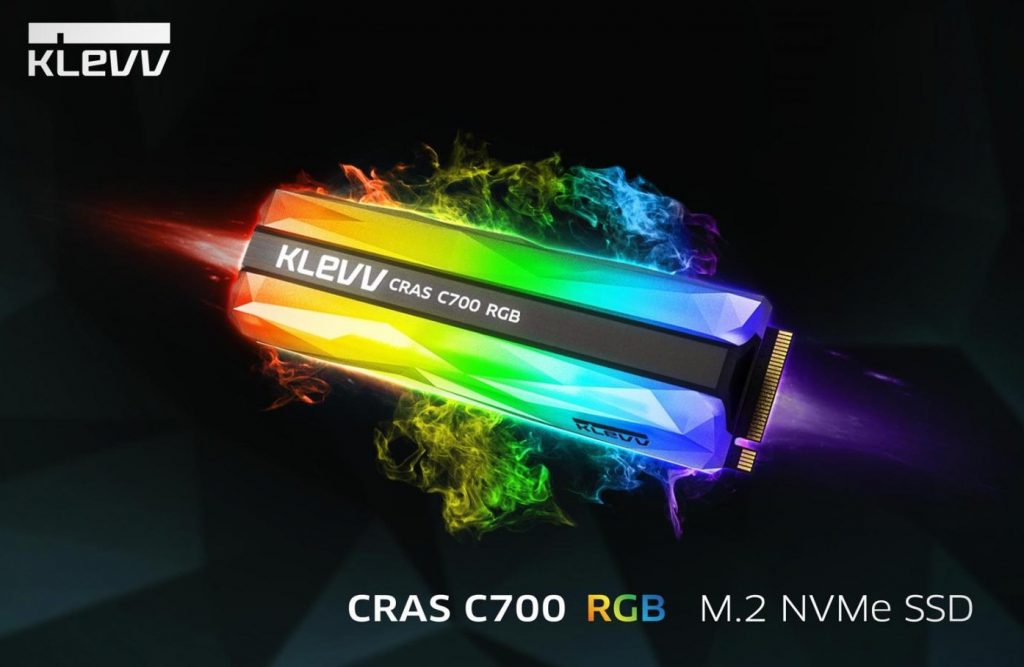 Klevv has just announced the release of its latest in M.2 factor solid state drives, the CRAS C700 RGB NVMe M.2 SSD, designed to up your RGB game up by a few notches with the performance to boot. The new SSD uses the widely adopted PCIe 3.0 4x M.2  interface which uses the latest NVMe 1.3 protocol. This enables performance up to read 1500MB/s read and 1300MB/s write speeds depending on capacity.

As far as capacities go, the new SSD is available in 120 GB, 240 GB and 480 GB capacities. RGB lighting is provided by 8 individually-addressable LEDs behind a diffuser, which provides an even glow that’s programmable through most motherboard RGB control software such as ASUS Aura Sync, Gigabyte RGB fusion, MSI Mystic Lighting, or ASRock Polychrome.

The company also boasted about the drives durability stating that the CRAS C700 RGB NVMe M.2 SSD makes use of a 10-layer PCB for “better data integrity”, as well as a 27% reduction in operating temperatures for the SD due to Klevv’s heatsink design. Another interesting feature that was mentioned is the ability to illuminate even Game of Thrones’ Season 8, Episode 3 from inside your PC case. I’ll believe it when I see it. 🙂

More information about the SSD can be found over at Klevv’s product page.