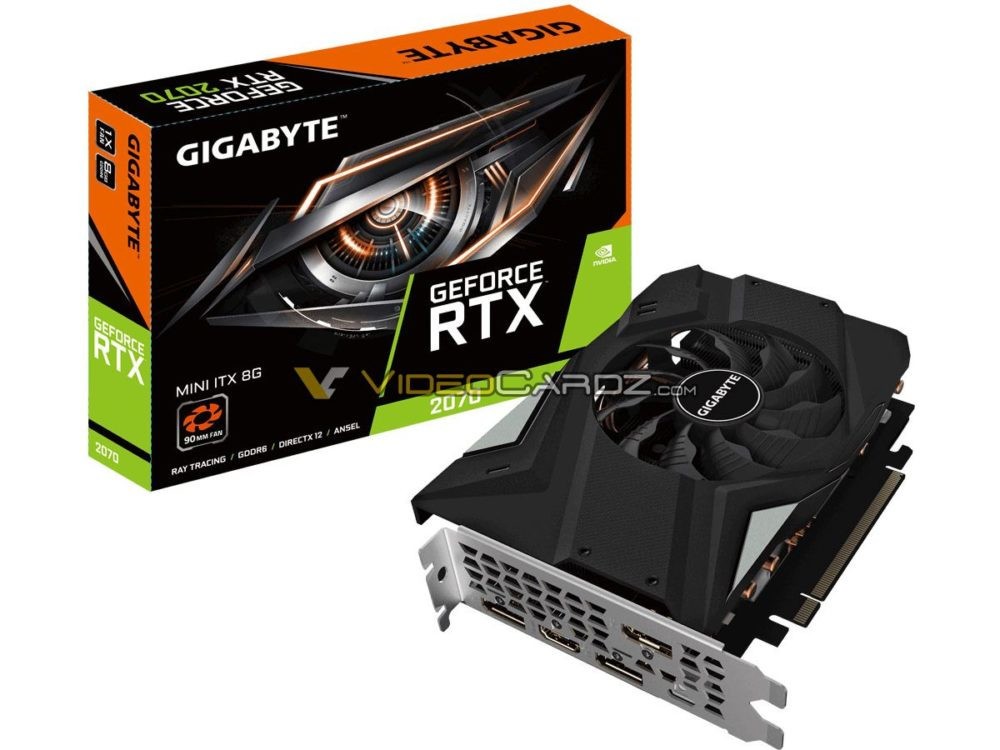 Leaked images of the Gigabyte’s up-and-coming RTX 2070 ITX graphics card have recently been appearing online. As the card is much smaller than its full sized counterpart, cooling is provided by a single fan in the center of the card. These graphics cards will provide the perfect solution to Mini-ITX builds.

The new Gigabyte RTX 2070 ITX card will likely not come factory overclocked due to its small size and limited cooling capabilities. While official specs have not been announced, we will likely see factory clock speeds which means a 1410 MHz base clock and 1620 MHz boost clock.

Based on the image, monitor support will be identical to the full sized Gigabyte RTX 2070 graphics card. There appear to be 3x DisplayPort, 1x HDMI 2.0b, and 1x VirtualLink. Official specifications and pricing have not yet been released.