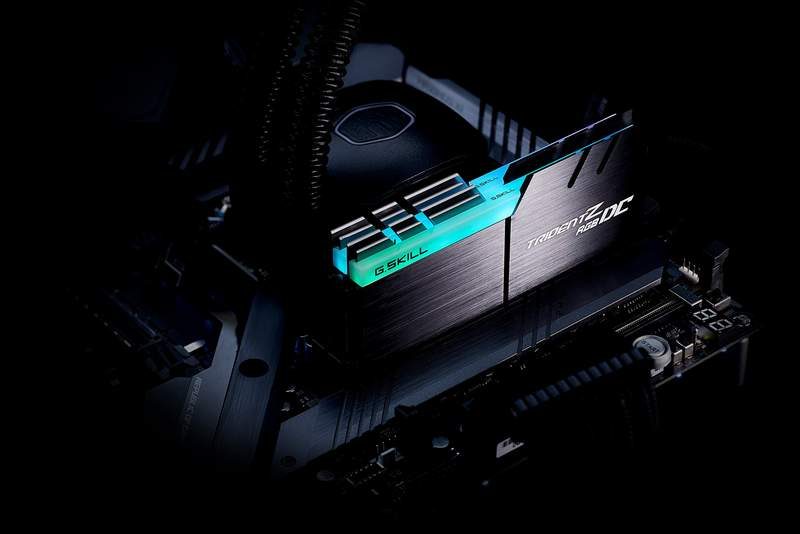 Intel has confirmed the new 9th-gen desktop processors due later this year will fully support a maximum of 128GB DDR4 based on recently leaked information. HP recently announced that its new platforms based on the 9th-gen Intel processors would be available in 32GB configurations, however could later be expanded to 128GB. Up until this point, 64GB is the current maximum for the 8th-gen Coffee Lake processors.

With the RAM market being as crazy as it is right now in terms of cost, there’s no telling how this will affect the market. We’ll definitely be seeing an increase in production in high-density memory modules, which will likely become much more mainstream as time goes on.

In the past several years desktop processors have maxed out at 64GB. This is largely due to size constraints with consumer memory modules (UDIMM) with a maximum size of 16GB. With most motherboards supporting dual channel, with four banks total, that leaves us with 16GB x 4 = 64GB. Now that we’re seeing high density modules in the 32GB flavor emerging from companies like Corsair, G.Skill, and Kingston, there is no wonder Intel has upped the official support capacity for the 9th-gen processors to 128GB.

Thanks to HP’s whoops of an announcement, Intel has been forced to make a statement:

The new 9th Gen Intel Core processors memory controller is capable of supporting DDR4 16Gb die density DIMMs which will allow the processors to support a total system memory capacity of up to 128GB when populating both motherboard memory channels with 2 DIMMs per Channel (2DPC) using these DIMMs. As DDR4 16Gb die density DIMMs have only recently become available, we are now validating them, targeting an update in a few months’ time.

This announcement only affects Desktop CPUs. HEDT and server processors have been able to provide support far past 128GB DDR4 for quite a few years.

[…] The latest JEDEC memory standard supports 2048×8 memory allows for support for up to 32GB capacity on a single stick of of DDR4. For the Z390 chipset, this means that you’ll now be able to install up to 128GB of DDR4 on any MSI 4-DIMM slot Intel Z390-based motherboard. This news was expected however since we recently learned that the Z390 platform would provide support for up to 128GB of DDR4. […]