More and more RTX cards are being released over the last couple weeks since the embargo on the RTX 2080 and RTX 2080 Ti was released. This time around GALAX has just launched it’s latest GPU, the GeForce RTX 2080 Ti Hall of Fame OC Lab Edition (holy nomenclature Batman!). This particular GPU which we’ll call the RTX 2080 (Ti) HOFOCLE is set on a custom Bitspower-customized water-block for liquid cooling and is designed especially for extreme overclockers and gamers.

The GALAX RTX 2080 Ti HOFOCLE is powered by an integrated 16-phase VRM power supply. The GPU uses integrated DrMOS technology which includes high-performance FET driver and MOSFETs in an advanced package to create high-density DC/DC converters. An additional 3-phase power VRM is included and is reserved for the GDDR6 memory modules.

The Bitspower-Customized water block is specifically designed and machined to provide optimal temperature and water-flow. The block itself is machined out of copper and nickel for optimal heat exchange. The water block covers all critical components which includes the GPU core, RAM and VRM. 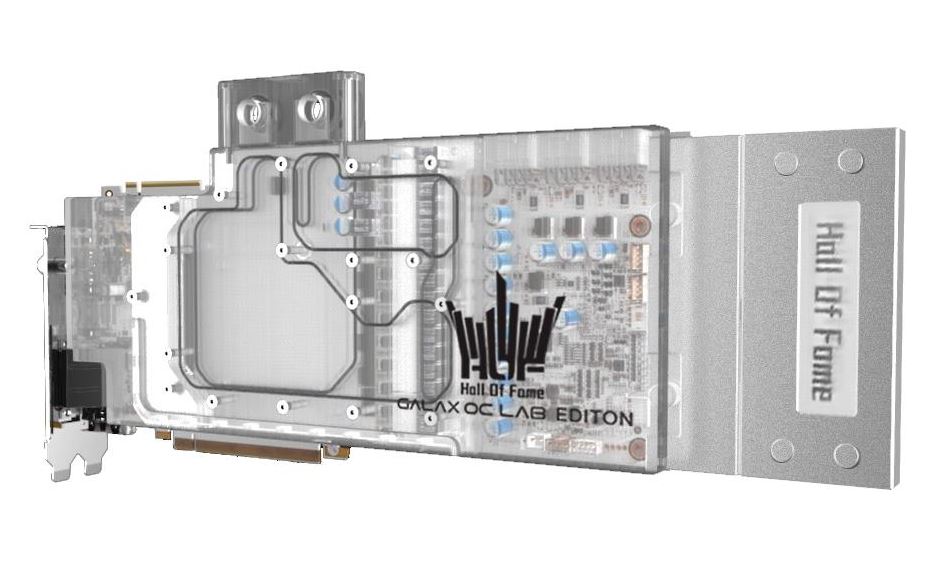