ASUS has just announced the release of its latest in liquid cooling technology featuring a 360mm radiator and fan combo, the ASUS ROG Strix LC 360. The new cooler is built on ASUS’s existing “LC” lineup of AIO CPU coolers, the main obvious difference is the larger radiator for greater cooling potential. High end system builders now have the option to chose between the 120mm, 240mm, and 360mm variants.

The new AIO CPU cooler features three RGB enabled ROG Designed PWM-controlled radiator fans which are designed with static pressure in mind while maintaining cool and quiet operation. The RGB controls are designed to work with ASUS AURA Sync software to synchronize lighting colors and effects with the rest of the system. In addition to the fans, the pump mounted directly on the CPU features the ROG logo with RGB LED back lighting which can also be controlled via software.

Pricing and availibility have not been officially announced at this point. More information can be found over at ASUS’s product page. 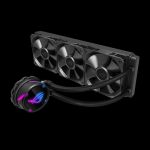 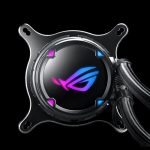 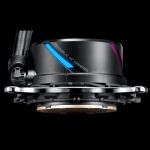 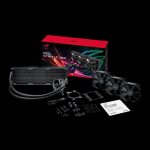