AMD’s flagship Ryzen Threadripper, the 2990WX is a 32-Core monster with a high TDP of 250W, thus the need for an efficient CPU cooler. Below are the detailed specs of the new Cooler Master Wraith Ripper CPU cooler:

What makes The Wraith Ripper suited specifically for the second generation Ryzen Threadripper CPUs is its full coverage design. The CPU itself is quite large and in order to cool it effectively, every square millimeter would need to be covered. The cooler also features a seven heatpipe design which stack in a dual tower configuration with a 120mm fan sandwiched in between.

The Cooler Master Wraith Ripper also features RGB lighting and can be controlled via software. The cooler will be available starting the 27th September 2018 at a price of ~$99.99 USD. 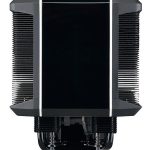 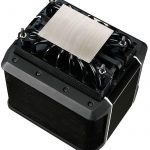 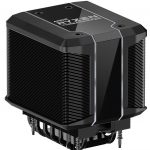 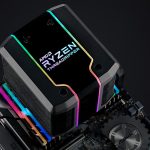 […] seven heat pipes which extend through a massive tower-style array of cooling fins. The cooler will be released along with AMD’s flagship Threadripper 2990WX processor and will also be available for purchase in the next few weeks as a standalone […]