Home » Gaming » The Wolf Among Us – Full Review

The Wolf Among Us – Full Review 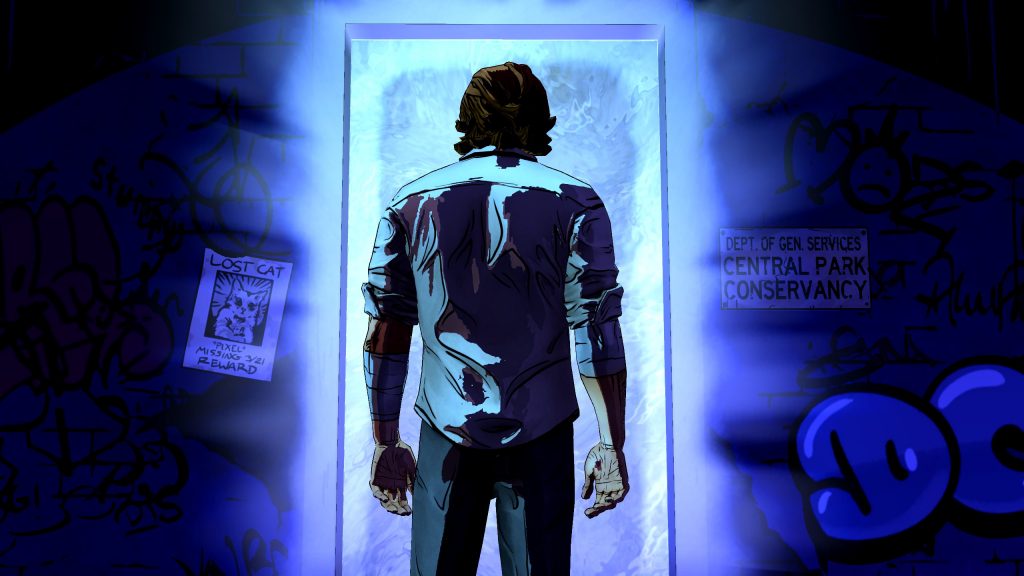 I don’t know about you, but I’ve been waiting for this moment for some time. The Wolf Among Us season one is now finished, and today we bring you a complete review of the whole season. We’ll be reviewing it altogether, as if it’s one game.

The Wolf Among Us is an episodic point-and-click adventure game developed by Telltale Games, who recently made it into our list of top 10 greatest game developers of all time. They also developed The Walking Dead. So of course we had high expectations for The Wolf Among Us, which is dangerous since GND-Tech is the most critical game review site in the world.

For those who don’t know, buying the game gives you all five episodes of season one. If you buy a season when the first episode releases, you’re given the other episodes via automatically downloaded updates at no additional charge. Just like with The Walking Dead, in which you only pay for individual seasons.

Scroll on to the next page to continue reading!

Telltale has their own unique style, and it’s evident in both The Wolf Among Us and The Walking Dead. They are the true evolution of point-and-click adventure, and the true evolution of storytelling and character development in video games. This game emphasizes player choice, and offers a plot that reacts to your choices. Characters also respond to what you say and what you do, and they remember your choices. Like The Walking Dead, this game wants to make characters seem alive, to make it feel like you’re interacting with real people. They want to make a plot that’s very much real and alive, so that you actually have control over the game and so that you actually are the protagonist.

The style and execution of The Wolf Among Us isn’t the only thing that makes it stand out. The setting is very unique too. The Wolf Among Us is based on the Fables comic book series by Bill Willingham. You’ll recognize many of the characters in it right off the bat, such as Snow White, the Little Mermaid, Beauty and the Beast, and of course the protagonist Bigby Wolf, formerly known as the Big Bad Wolf.

All of these fable characters fled from their Homelands after a tyrant took over. They fled to our mundane world, and created a town known as Fabletown in New York City, where they live in secret. The game takes place in 1986, which is before the comics. As you can imagine, moving from their magical, mystical Homelands to mundane New York City wasn’t an easy change. It ruined the lives of many of the characters you’ll encounter, since they had to adopt to such a different world and work mundane jobs. Many were even forced into prostitution or other kinds of criminal lifestyles just to be able to pay for food and rent. Everyone has to live among normal humans in disguise, using magic known as Glamour to make them appear like normal humans. Those who couldn’t afford Glamour were forced to live in a remote farm to avoid human contact.

You take on the role of Bigby Wolf, the sheriff of Fabletown. Despite Bigby’s role as the sheriff, many residents of Fabletown remain weary of him due to his past. He was called the Big Bad Wolf for a reason. Some of his key co-workers include Ichabod Crane, the deputy mayor, and Snow White, the deputy of operations. Bigby and Snow White have a history together, which dates back to when he rescued her in the Homelands. The game will explore the relationship between the two of them, giving the player the ability to direct and dictate how it evolves throughout the game.

The Wolf Among Us is character driven more than anything, much like The Walking Dead. It is heavily reliant on its writing quality, character development, but also the story, and the game succeeds largely in every department. The character development is some of the best you will ever find, right up there with the likes of The Walking Dead, Dragon Age: Origins, and the Mass Effect trilogy. It is no slouch in the writing department, to say the least. Without spoiling anything, The Wolf Among Us heavily and often indirectly explores the conflict between the rich and the poor, and how the poor are typically ignored by the law and the government. It raises many questions about how society continues to operate this way. Yes, it revolves around Fabletown, but it is meant to point at us and our society too.

The game is gripping from the very start of the first episode, and delivers an unbelievable, mesmerizing season finale in episode five. The finale is one of the very best episodes Telltale has ever created, next to episodes 3-5 of The Walking Dead: Season One. A very interesting mechanic comes from the protagonist himself, Bigby Wolf. Throughout the game you have influence over his ability to transform into a wolf, which represents his violent and destructive side. Often times you can suppress this transformation, remaining in human form and being more diplomatic. You can really alter the development and personality of the protagonist.

As with other Telltale games, The Wolf Among Us can feel like an interactive television series or comic. It’s released in episodes, and it’s not heavy on direct gameplay. It is point-and-click adventure, though has a fair amount of WASD movement too. Action sequences involve simple quicktime events. You’ll find yourself exploring and interacting with the world, and taking part in interactive cutscenes more than anything. The biggest focus of The Wolf Among Us is character interaction.

Inside Fabletown, things are rarely as they seem. The story gets deeper and deeper, showing more layers as you progress. As sheriff, you have to investigate crime scenes and follow leads, making The Wolf Among Us very engaging as a detective-style mystery game. The game feels so unique, and it’s powerful and gripping right from the start. It does many things right, and does very little wrong.

One thing that some people may not like is the length of the episodes. Just like The Walking Dead season one, The Wolf Among Us season one has five episodes. But not a single one of the episodes reaches two hours in length, and many are closer to the one hour mark. In total, season one took me approximately eight hours to finish, and I’m one of the most thorough, slow paced gamers. I explore everything and interact with everything, since I’m a PC gamer. The Walking Dead season one took me just over twice as long to complete, compared to The Wolf Among Us season one.

Despite the reduced length, the game didn’t feel as if it was cut short. It certainly wasn’t rushed, the game is magnificent in all aspects. So although 8 hours doesn’t look good on paper, it really just leaves you craving for more… craving for season two. The Wolf Among Us was prominent in our mid year gaming review, being one of the highest recommended games of the year so far. The gameplay is very simple, being point-and-click adventure, and it works flawlessly. Anyone can play it, even non-gamers. Combined with the gripping dynamic narrative, this game along with The Walking Dead are perhaps our top recommendation to everyone. Nobody should miss out on The Wolf Among Us. Start from the beginning and then continue to use your original save file, building upon it each and every episode. If there ever is a season two, it can read your save file from season one and adapt to the choices you made. This is the best way to play.

Like The Walking Dead, The Wolf Among Us adopts a comic visual style. This means it’s no technical graphics marvel, but considering what Telltale was trying to achieve, they hit the mark. Facial animation is outstanding.

You might see some aliasing in some of these screenshots (despite the 2560 x 1440 resolution), but thankfully the game is compatible with forced supersampling. Aliasing is less of a problem in this game due to its style, but if you’re like me and hate aliasing and use NVIDIA graphics cards, you can force sparse grid supersampling using the following AA bits in NVIDIA Inspector: 0x204002C1.

Sound quality is great, but of course the thing you’ll be hearing most is dialogue, and the voice acting in The Wolf Among Us is fantastic for pretty much the whole cast. The soundtrack, while being subtle in most cases, is perfectly fitting given the game’s atmosphere.

The Wolf Among Us is a game with very little flaws. It is close to perfect for the type of game it is. It’s ambitious, it’s involving, it has some of the best character development you’ll ever find with characters that truly seem alive, and it tells a story that will actually make you think. You’ll be peeling away layer after layer when playing The Wolf Among Us, and you’ll be on the edge of your seat the whole time. You’ll be invested in the world and you’ll find yourself caring for certain (or all) residents of Fabletown. Or maybe you don’t care about anyone other than yourself? You can certainly play the game like such and experience it very differently than someone else would. That’s the brilliance of The Wolf Among Us, or at least some of it.

Moving onto the scoring. For an explanation of our scoring system, click here. To see what GND-Tech reviewers value most in games, read this.

The Wolf Among Us is a game with very little flaws.

[…] game from Telltale Games, developers of The Walking Dead. We have a review of the first season right here. The entire fifth episode (the last one of the season) was one of the most tightly crafted episodes […]

The Least Flawed Games Ever Made – GND-Tech

[…] Among Us is an episodic point-and-click adventure game developed by Telltale Games. We reviewed it here. The most memorable aspects of the game are the setting, characters, and the strong, focused […]