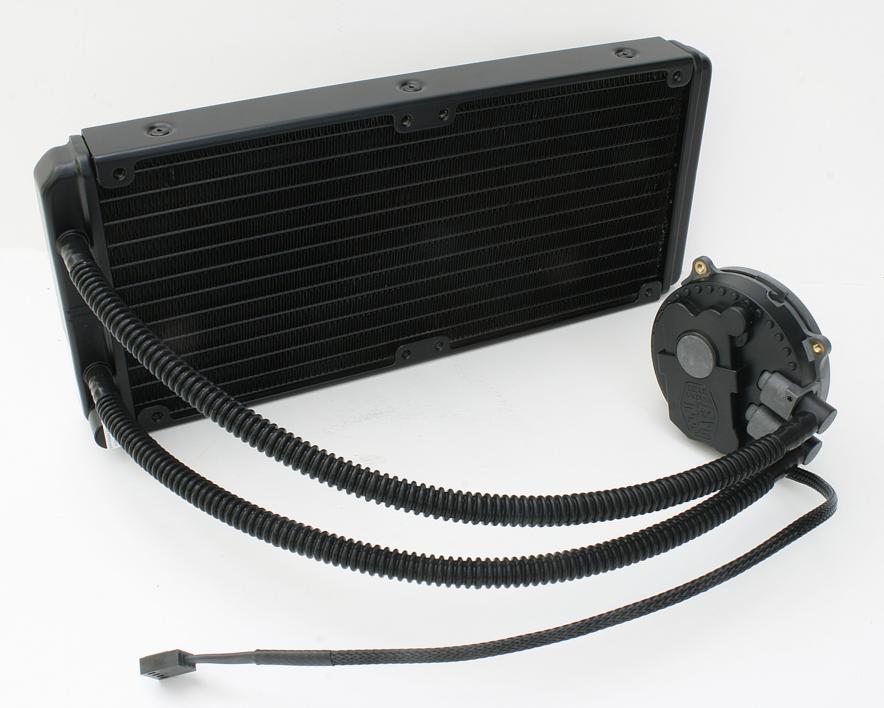 It seems that All In One (AIO) CPU coolers are booming in popularity these days. In the wake of this boom, Cooler Master has just released a whole new lineup of these coolers into the mix. The Seidon series of AIO coolers comes in three flavors: the 120M, 120XL and the 240M. The main difference between the coolers appears to be based solely on the size or thickness of the radiator. The number (240 or 120) signifies the length of the radiator based on how many 120mm fans that can be mounted on a single side. In this review we will be looking at the 240M which is the largest of the series.

This particular model features a 240mm radiator allowing for a total of four (two included) 120mm fans to be installed. The pump/water block combo is solid copper with fine mesh like micro channels which greatly maximize surface area. This in turn should add a whole extra layer of performance when comparing them to other models. On paper, this seems like a pretty decent AIO cooler! Time to see how it performs, but first, let’s take a look at some specs.

Below are a list of detailed specifications provided by Cooler Master.

For such a new cooler, it’s nice to see support for older hardware such as the AMD AM2 and Intel 775 sockets. The radiator is pretty long at 273mm so be sure that there is adequate space in your chassis to mount it. For most full tower chassis this won’t be a problem however if you are running a mid-tower or smaller chassis, you may want to look into the Seidon 120M.

Lets begin with the packaging. Overall, the exterior design of the packaging is stylish and does a great job highlighting the features and other important information you may find interesting. The box is decorated in the typical Cooler Master purple and black color scheme and came wrapped in shrink wrap.

Upon opening the package we can see all of the included hardware. Most Cooler Master coolers we’ve had the pleasure of reviewing recently have had packaged together very well, mostly in custom foam housing. However with the Seidon 240M we were less than enthused with the overall packaging and protection level of this unit. The cooler and all other hardware looked as if was just kind of stuffed inside this molded egg-carton material mold. components had some wiggle room and there was nothing to help with shock resistance. Needless to say, our review sample arrived in perfect condition despite the somewhat sketchy packaging methodology.

Here we have the cooling unit along with the two included fans. Upon first impressions, the construction of the cooling assembly felt very good. It had a fair amount of weight to it which gave it a solid feel. If you’ve never used a cooler such as this, this cooler is basically three components built into one, you have your radiator which is directly connected to the pump and water block assembly.

Next, we have all of the included hardware, and yes it is a lot! Although the Seidon 240M only comes with two fans, Cooler Master was generous enough to include mounting hardware for an additional two fans, should you chose to run the highly recommended push-pull configuration. Also included are two backplates (Intel and AMD), mounting hardware, Cooler Master branded cooling compound, and a rubber shroud. This shroud provides two purposes. The first is to create a seal in between the fans and radiator which increases the amount of air to the radiator from the fans. The shroud may also reduce any vibrations the fans could cause, which should cut back on overall system noise.

The overall design is pretty much similar to all other AIO coolers in the market today. Cooler Master did add a unique styling to the pump which helps it stand out and is the first I’ve seen with an LED which turns on when the pump engages. The pump is all metal covered by a plastic shroud. Again, the overall construction of the pump is very solid and feels well crafted.

The base of the pump was a bit of a let down. The surface was copper which is a plus, but the finish was hardly smooth which is less to be desired. Most of the time, performance gains are marginal with a mirror finish, so we’ll just have to wait and see what the numbers tell us later on in the review.

The radiator suffered a few minor bends to the fins during shipping, although nothing major. Amount 5 minutes with fine needle nose pliers fixed that little dilemma. Overall, there is not much to be said about the radiator. Each side has screw holes so you can mount two 120mm fans on each side for a total of four in a push-pull configuration which will obviously move the most air through the fins. It’s overall construction feels nice, just be sure to be careful during install to not bend any of the fins.

Last but not least, we have the two fans included with the cooler which we went over in detail on the previous page.

Installing an all-in-one liquid cooling system into your computer is not as simple as installing a typical CPU cooler. Given the odd shape and size, you are constantly faced with awkward angles, and sketchy balancing techniques to try to get the CPU block and radiator installed to where they need to go. Cooler Master did a pretty good job making installation as simple as possible. There are only a few parts to the mounting bracket so you don’t need to balance too many things all at once, and you don’t need to worry about smearing CPU thermal paste all over the place while doing it (which I tend to do).

We installed the Seidon 240M into two different computers. The one pictured below was on an EVGA Z77 motherboard with an Intel i7 3770K CPU. The case is the Cooler Master HAF XM. The other system was our test bench which we will go over on the next page.

Installation was overall very simple. Cooler Master included instructions which were easy to follow. To install the cooler, some find it easier to mount the radiator first so you don’t have to deal with the hoses pulling on the pump while you are trying to secure it onto the CPU. The pump is installed by first screwing the backplate to the motherboard first with four corner screws. Next, there are two brackets that mount on each side of the pump. Once those are screwed into place, you basically line up the pump with the backplate screw holes and tighten the four outside springed screws into place.

The overall install is slightly more time consuming than some other AIO cooler installs we’ve done but it makes up for it with its simplicity.

The Cooler Master Seidon 240M was installed and tested in four different configurations: idle, load, overclock idle, and overclocked load. Temperatures were monitored and recorded using Real Temp. Load tests were recorded after one hour of stress testing. The program we used to tax the CPU was LinX linpack benchmark using all available RAM.

We tested the cooler using the following system configuration:

Impressive results to say the least! The idle tests, favored this cooler by a small fraction, but the overclocked load test was where the true colors of this cooler came to play smoking the rest of the competition by a whopping 10 degrees Celsius. If you plan to overclock, I highly recommend this cooler. It seems that the more you throw at it, the more it fights back.

Before we head off into the conclusion, it’s worth mentioning that the noise levels of the fans are decent considering a 100% load, when throttled to just above audible levels, they still seem to move enough air to keep temperatures down, even when overclocked. In addition to the fans, the pump is completely silent.

The Cooler Master Seidon 240M is an all around great choice if you are looking to keep your CPU running cooler especially under overclocked conditions. Temperatures were by far the lowest we’ve seen therefore we highly recommend this cooler to the PC enthusiast crowd. Installing the Seidon 240M was simple and straightforward though a little time consuming. However, this is to be expected with an AIO CPU cooler.

MSRP for the cooler is $104.99 USD however, currently it looks like you could pick one up from newegg or Amazon, for around $95. Considering the overall cooling performance this cooler packs, I believe the price justified.

UPDATE: I am still using this cooler today (October 2018). It’s been powered on near 24/7 on one of my servers and is still delivering great temps!

an all around great choice if you are looking to keep your CPU running cooler especially under overclocked conditions. 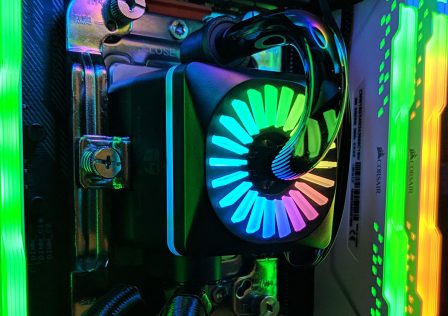