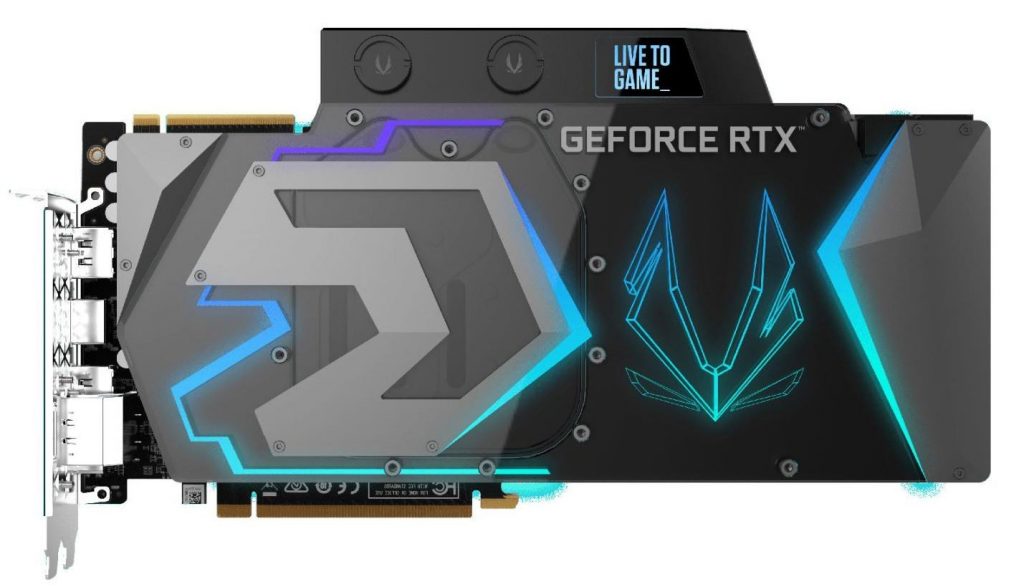 ZOTAC is set to release let’s latest GPU to fall under the ArcticStorm series of graphics cards built on the Nvidia RTX 2080 Ti platform. The RTX 2080 Ti ArcticStorm is a pure custom liquid cooled card designed to work with G1/4 fittings with water paths that will provide cooling for the GPU, all 16+4 phases of onboard VRM, and memory modules.

The ArcticStorm cooling has been completely redesigned over the already released GTX 1080 Ti model. The new card makes use of the ZOTAC’s Spectra 2.0 RGB lighting system which allows for fine tuning LED adjustments and effects. The GPU is set to launch during CES 2019 at which time we’ll have more information on the card. Pricing is expected to be around $1400-1600. Not cheap but when are the RTX 2080 Ti cards ever, especially when it comes to custom liquid cooling. 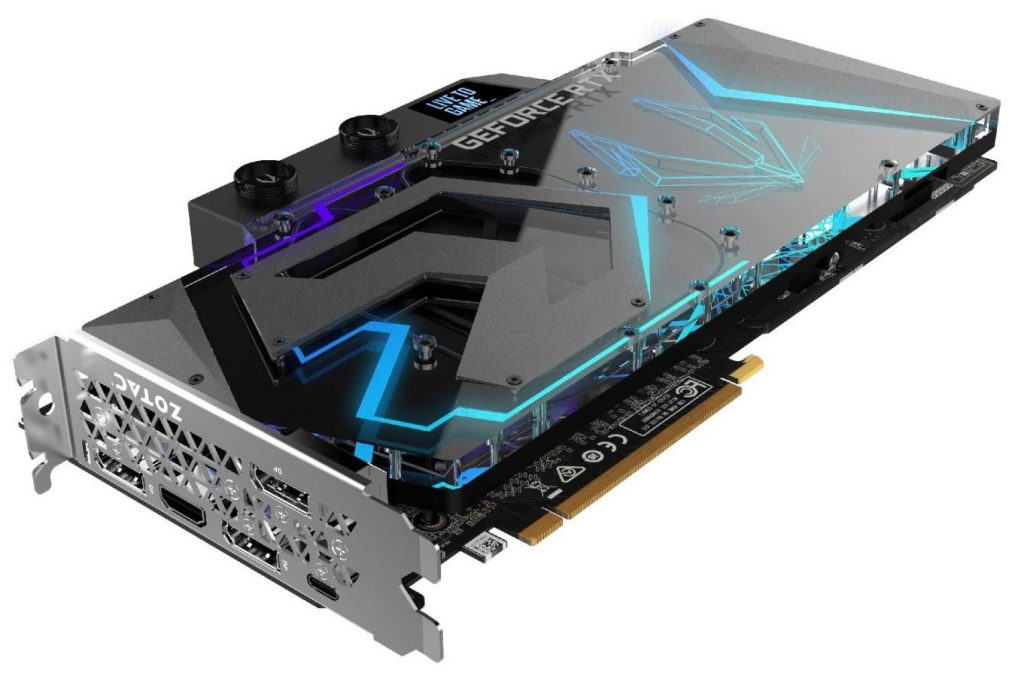 The front of the card features support for 3x DisplayPorts, 1x HDMI, and a single VirtualLink connector for VR headsets.

Overclocking support should be phenomenal considering the GPU is backed with a 16+4 VRM phase design for the GPU and VRAM. It will be interesting to see how this card overclocks once it’s been officially released. Detailed specifications as far as clock and memory speeds have not yet been released. 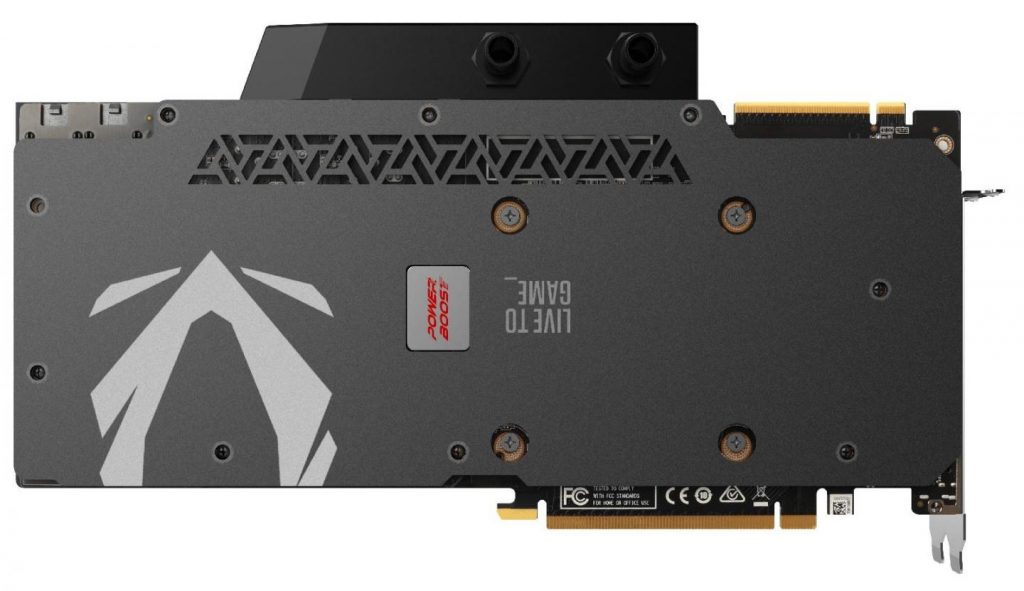