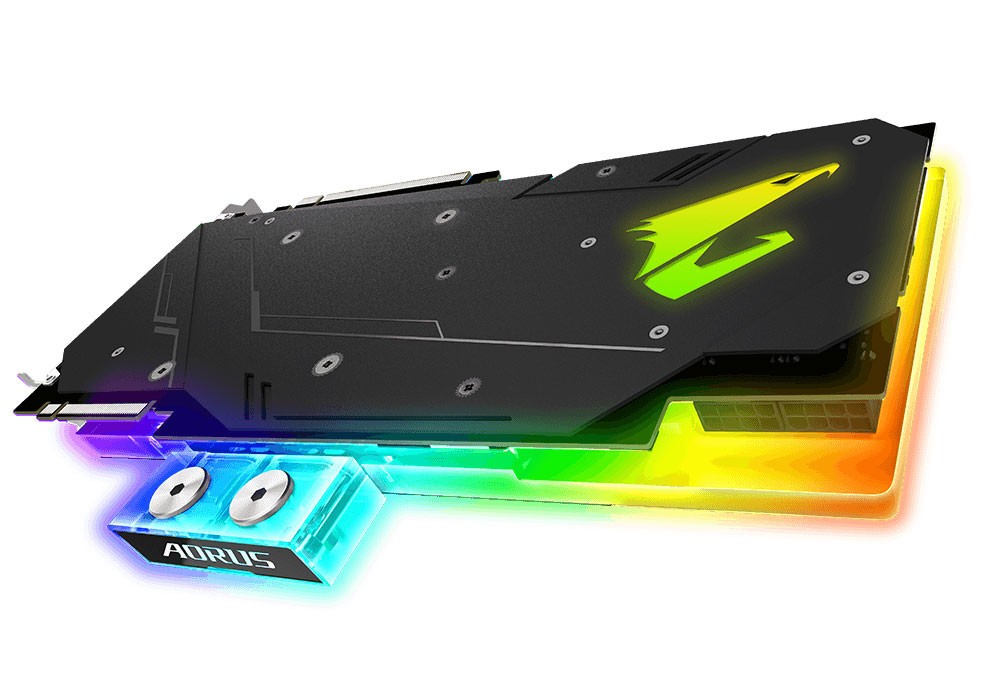 The full coverage water block’s construction is consisted of nickel plated copper which provides excellent heat transfer and corrosion resistance and gives the cooler a nice mirror finish. Plastic acrylic is used as a secondary material providing visibility to the cooling solution as well as the shiny water block. The acrylic also reacts as a light spreader for the RGB LEDs which adds to the dazzling lighting effects by diffusing the lights around the edges. The lighting effects can be controlled through a separate ARGB header which connects to the motherboard.

Performance of the GPU is not an after-thought. The new AORUS Xtreme Geforce RTX 2080 boasts a 1770 MHz boost core clock at and boosted RAM clock speed of 14140MHz. The RTX 2080 Ti features a 1890MHz core clock at the same memory speeds. CPU power is backed by a 16+33 phase VRM which draws power from the dual 8-pin PCIe headers. Both GPUs are configured for a single slot thickness, however due to the rear display ports, the card still requires two expansion slots. 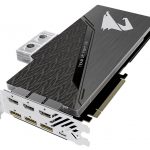 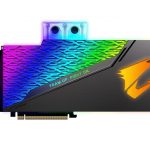 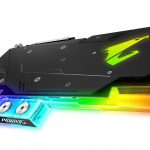 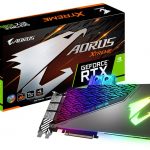 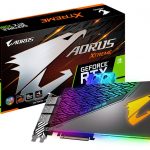 […] AIO cooler is very similar to to the AORUS WaterForce Xtreme graphics card when it comes to specs, but the only difference is the AIO cooler rather than a card designed for […]