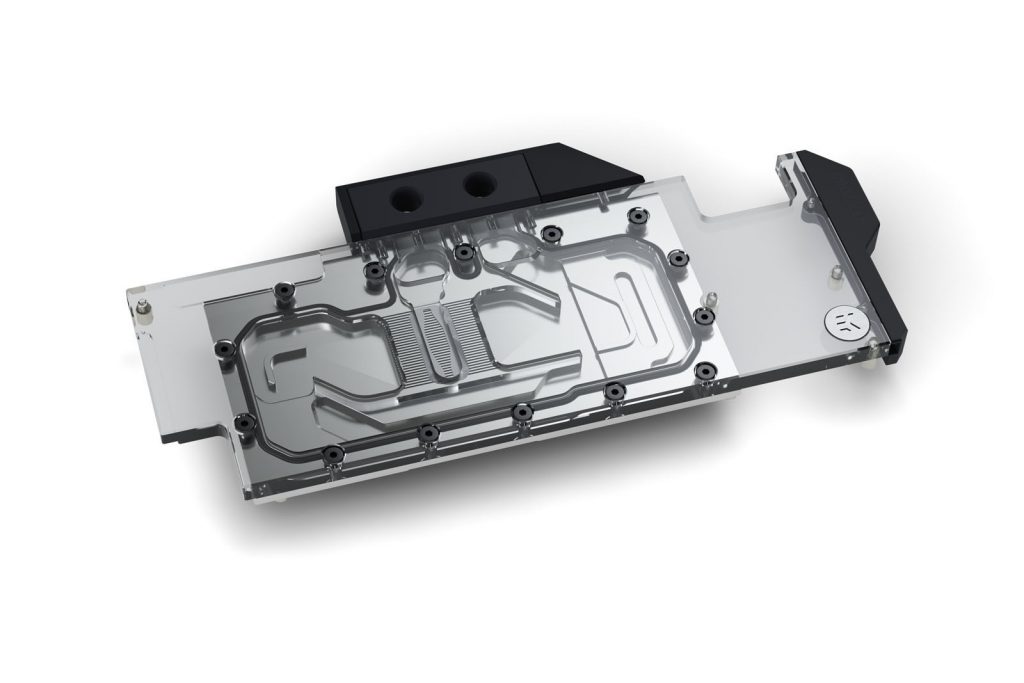 Each water blocks is made from machined from either copper and plexiglass, copper/acetal, nickel/acetal and nickel/plexiglass. Each block comes at a different price point depending on the construction material. Each water block comes with two nickel plated G1/4-inch brass plugs and all mounting hardware will be included to securely mount the block to the new RTX GPU. RGB lighting is also included with the nickel plated units and is compatible with major motherboard manufacturer’s software such as Gigabyte RGB Fusion, ASRock Polychrome Sync, and MSI RGB Mystic.

Each water block design has been thoroughly tested to be 100% compatible with the new Nvidia RTX cards so there won’t be any fitment issues when it comes to clearance or fitment issues with Nvidia NVLink multi-GPU setups.

Product links, descriptions, and pre-order information can be found on the EKWB company website.