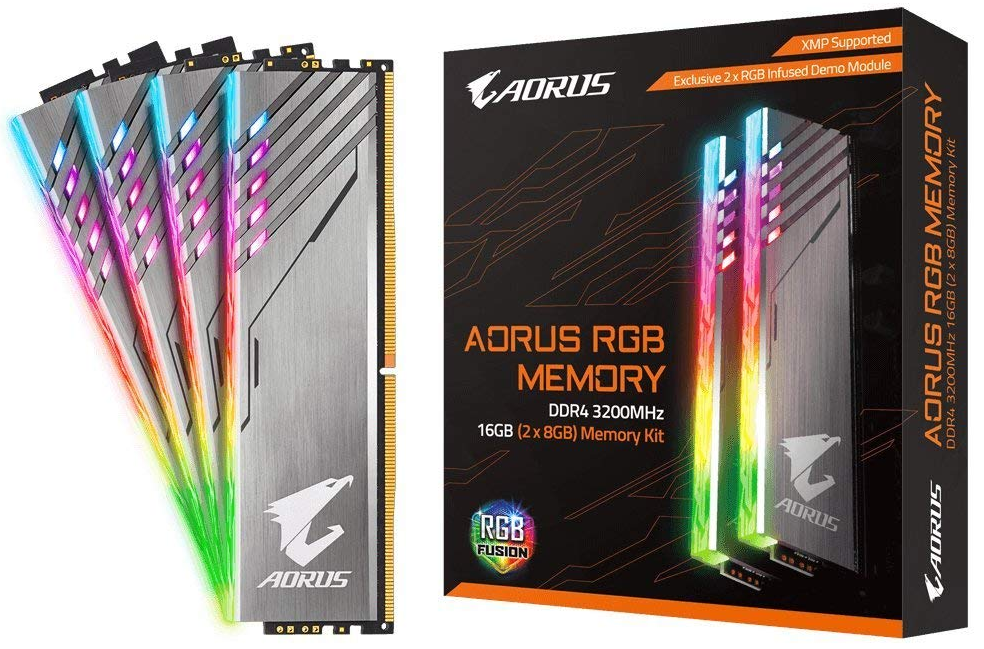 Gigabyte has released a low-cost RGB solution to get that 4-DIMM look while using only two actual memory Modules. The so called “Dummy Sticks” allow the user to fill in the empty motherboard memory slots when paired with two AORUS DDR4-3200 memory modules.

From the top the dummy sticks look identical to their DDR4 counterparts, both sporting RGB LEDs on top which can be controlled via AORUS’s RGB Fusion software. The kit comes in either 2x8GB or 2x16GB memory configurations. While the kit looks nice, one of the major drawbacks would be upgrades. Since the two “unused” memory banks are simply sporting LEDs to give the inside of the case a clean appearance, it inhibits system upgrades. Either the user will have to buy a bigger kit, or pull the dummy DDR4 modules and replace them with actual RAM which would affect appearance.

Both dummy and the actual memory modules have brushed titanium-gray anodized aluminum head spreaders. Overall appearance is quite similar. The only major difference between the two is the lack of memory pins on the PCB, and missing labels on the dummy sticks.

So what do you think? Is appearance worth more than upgradability?

Personally, I look at this like a show car. If appearance is your number one priority, definitely a good buy. But if performance is your goal with appearance being number two, get an actual 2x8GB (or 4x8GB for that matter).