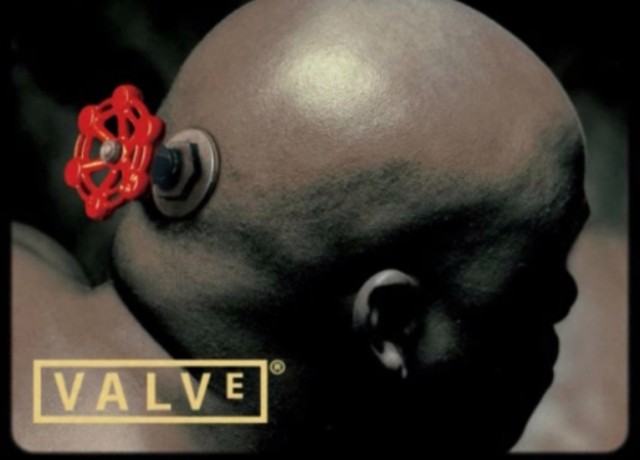 The purpose of Steam Workshop has now become clear. What was once a community service has now turned into a scamming service. Valve, the creators of Steam as well as award-winning PC games such as Half Life, Left 4 Dead, Counter Strike, and DotA 2, has just announced a new “service” which allows them to put a price tag on community-made modifications (more specifically, the modders/uploaders have this choice). The Elder Scrolls V: Skyrim is the first game stricken with this fatal disease.

Read all of the details here.

Already you can see many mods for sale. Just about all of them are below $5, and you can pay more if you want to support the creators. Supporting mod developers is great… if it’s optional. This is all Valve should have done, make an optional donation feature. But a mandatory fee essentially turns all these mods into unofficial DLC. They aren’t particularly great in value (e.g., $2 for an armor set, when there are free mods that add dozens if not hundreds of armors for free), and because they’re unofficial that means they don’t have to be supported.

Notice the refund policy? It’s in case the mod you bought (just saying that makes me roll my eyes) doesn’t work. Incomplete, buggy, half-assed projects can be uploaded onto Steam Workshop and be sold to people. You have 24 hours to get a refund, but what if the mod you bought is a large scale mod like Skywind, and game breaking bugs don’t occur until after 24 hours? Then you will have wasted your money. If you’re a person who uses many mods (a huge amount of Skyrim players use dozens), then you may end up spending a lot of money on mods that you can’t use because they may be incompatible or simply defunct. Many people use around 100 mods in Skyrim, so you do the math. Let’s say the average cost of mods is $3, that’s $300 on mods. This is why many studios are likely to jump on board with this idea and scam all of us by selling community made untested “mods” with no guarantee that they’ll actually work. There doesn’t even seem to be anything stopping people from advertising their paid mod as one thing when in fact it’s something else entirely.

Here is some evidence, quoted directly from Steam, showing that you’re screwed if the mod breaks after the 24 hour refund period.

[quote]Q. What happens if a mod I bought breaks?
A. Sometimes one mod may modify the same files as another mod, or a particular combination of mods may cause unexpected outcomes. If you find that mod has broken or is behaving unexpectedly, it is best to post politely on the Workshop item’s page and let the mod author know the details of what you are seeing.
[/quote]

The author is NOT obligated to get back to you. Most will not because of the sheer volume of mods that will undoubtedly be sold on Workshop.

Skyrim is one of the most popular games on Steam Workshop, so it being the first game to have paid mods is the worst possible way to start. It’s very likely that everyone else will jump on board with this idea, leading to the extinction of mods. These “paid mods” shouldn’t be called mods. Perhaps “Community DLC” is a suitable name. Valve obviously has to have some kind of agreement with Bethesda in order to sell content for their game, but you don’t get the quality assurance of Bethesda. The same applies to any other game that becomes a part of this scam; they will sell untested community content of unknown quality, that doesn’t go through the same quality assurance procedures that actual DLC goes through. Games are required to be functional, but these paid mods are not. This is why these things shouldn’t be sold, there is no guarantee.

Therefore, the items you pay for on Steam Workshop shouldn’t be called mods because mods are supposed to be free. They have always been free, laws prevented them from being paid until Valve stepped in. These items shouldn’t be called DLC either, because they’re unofficial and untested.

Moreover, these paid mods now come into the property of the game studios. It’s very likely that game studios will give modders two choices: sell your mods on Workshop (because they profit from this), or don’t make mods at all. They may have free mods shut down, similar to how Warner Bros shut down Middle Earth Role Playing project for Skyrim. While it’s true that this may cause more games to become moddable, it’s also true that this could be the end of real, free game modifications. It’s possible that these game studios will allow free mods to exist, but only skimmed down versions so that you have to pay to get the full mod. Time will tell, but paid mods cannot lead to anything good.

Paid items on Steam Workshop have all been met with extremely negative reception, far more hostile than this article. This is good, but this alone is not enough. We speak with our wallets. We advise not buying anything from Steam Workshop, no matter how cool it looks. Not only is it a scam because there are other mods with at least as much content for free, and because mods have always been free and because it’s untested community content, but paying for items from Steam Workshop means you’re letting people take advantage of you. You’d be letting Valve, game studios, and the mod creators take advantage of you. Mods were unable to be paid items before, they were always meant to be free, and this shouldn’t ever change. This is coming from a game modder. Downloading mods is a gamble because you can’t be sure if they will work as intended, and now Valve wants to make it a paid gamble. Don’t be a part of the downfall of PC gaming; mods are a primary reason as to why PC gaming is superior to console gaming, but these paid items take away that reason since it makes them closer to “unofficial DLC.”

This is all similar to microtransactions; game developers are now further encouraged to release unfinished games, so that they can sell content later and make more money. But this is worse, because they aren’t making said additional content, random people are, and none of it is tested or certified.

Already, about 2000 mods on Skyrim Nexus were set to “Hidden” status because random people (not the authors) were stealing the mods and selling them on Steam Workshop. The creator of Frostfall, one of the best mods for Skyrim, announced that he will no longer be modding because of paid mods on Workshop. Already we have suffered greatly.

With Role-Playing Games already on their way out, we don’t need another highlight of the gaming industry to die off. Modding used to be a way for the community to share their own cool projects with one another. It was never about the money, because us modders knew that we wouldn’t be allowed to make money off of our mods. Now Valve is trying to turn it into a typical profit industry, a business. And what do all industries have? Competition. Now there will be competition between modders, which further removes any sort of passion behind modding.

Don’t be scammed, save your money, and get your mods from elsewhere for no charge while you still can.

The Pros and Cons of Steam Workshop, Nexus Mods, ModDB, and Others