No More Room in Hell Review 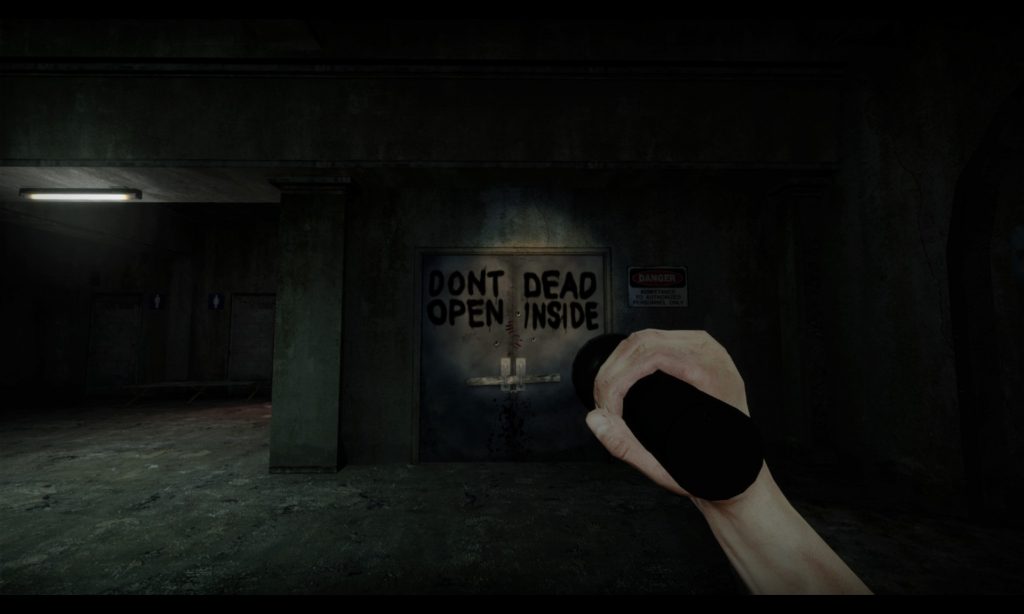 “When there’s no more room in hell, the dead will walk the earth”

No More Room in Hell is a free cooperative zombie survival game, made on the Source engine. It originally started out as a Source mod released in 2011, requiring only Source SDK Base 2007. But now it’s completely standalone, and the developers have expanded and polished it greatly for it’s official Halloween 2013 release.

There have been many co-op zombie shooters in recent years, with Left 4 Dead making it boost in popularity. Even Call of Duty games feature a zombie mode, which is actually more similar to No More Room in Hell than most others.

No More Room in Hell is a straightforward game; it provides 12 maps. Most of them are goal oriented, like Left 4 Dead, except they’re unrelated. The others are defensive like Killing Floor. The goal is just to survive the zombie invasion; there’s no story and no characters, single player is the same as multiplayer except you’re alone.

The game does let you choose your character in the main menu. This just chooses your in-game model, there’s nothing unique about them, it’s just supposed to let you feel unique. Killing Floor also has this feature. However there’s a limited number of models currently available, but it’s not like they’ll be able to charge for content.

Anyone who has played Left 4 Dead, Left 4 Dead 2, Killing Floor, or Call of Duty zombie mode will be somewhat familiar with this game. Goal-oriented maps are simple; you just need to advance through the zombie-infested terrain and find a way to escape, much like the Left 4 Dead games but slower paced and with a few more objectives. The objectives just include things like getting past barricades, getting past locked doors, working with radio equipment, etc.

Defensive maps are wave based. Once you’ve cleared a wave, there’s a short break in between. Some servers have supply drops during these breaks, dropped by helicopter. All of this is much like Killing Floor, and it’s very simple in concept. But the brutal nature of the game forces the use of teamwork more than the Left 4 Dead games and even Killing Floor.

Because this game uses Source engine, it has a complete in-game server browser and all the same useful console commands as Half Life 2 deathmatch and pretty much any other Source multiplayer game. It of course has full Steamworks integration which is a big plus, and it has extensive mod support. You’ll come across plenty of modded servers with custom features and custom maps, because PC gaming is awesome. Console-focused games like Battlefield 3 and 4 may have taken over mainstream gaming, but No More Room in Hell is a true PC game.

Thankfully, No More Room in Hell doesn’t feel much like Half Life 2 or other Source games. You don’t glide around at 20 miles per hour, they made movement feel a lot slower, more weighted, and more realistic. This is perfect given the hardcore nature of the game.

The gameplay mechanics of No More Room in Hell demonstrate some of the best survival horror gameplay you’ll ever find. Survival horror is alive only on PC, as seen in Underhell, modded S.T.A.L.K.E.R., Metro series, modded Fallout, and this game. Most zombies walk slowly, but some are able to run. Melee attacks are somewhat slow and not the most responsive, but it really feels like you’re hitting hard. Gunplay is more realistic than most other games; recoil feels authentic, sounds are great, and you have to manually check your ammo like Rising Storm/Red Orchestra.

Here is where one problem lies: zombies sometimes have too much range when they attempt to grab you. This bug is rare, but sometimes they’ll grab you from 5 ft away or more. If that happens, you have my sympathy.

When wounded, you bleed out. The game’s bleeding effect is straightforward but very well done, much like the S.T.A.L.K.E.R. games. There are bandages to stop bleeding. On a related note, if you’re infected there are pills that can slow down and revert your infection to some extent, but the infection will return. Time is essential if you’ve become infected, you should pick up the pace and try to get your team to the end of a mission. Or if you’re on a defensive level, you should warn your teammates that you’re infected, and when your transformation is near, drop your supplies and tell them to kill you. It’s obvious if you’re about to turn into a zombie; your screen constantly gets darker, a certain eerie music piece plays louder, and a screen effect grows.

During sessions, you’ll find other types of items like wood planks for barricading windows, flashlights, or radios. Flashlights are handheld and you can only equip pistols when holding one (though you can also swing the flashlight as a weapon). Unfortunately it seems to have an unlimited battery life, but the fact that you can’t wield weapons while holding one adds to the hardcore nature and teamwork focus of the game. Often you’ll have one person who is dedicated to using the flashlight. Maps are very dark, so he will be an essential teammate; he points the flashlight at zombies, while others attack the zombies. He should also be the pathfinder for the team on objective-based maps.

Radios are necessary for voice communication; the game does a good job realistically limiting VOIP. Using VOIP or in-game voice commands are only effective at close range, to simulate your character just talking or yelling. People far away won’t hear you. Radios allow everyone to hear you since they broadcast your message. These are very helpful if the team gets split up, be it accidental or on purpose. Generally speaking the team should stick together, but sometimes it’s necessary to part off in groups to multitask.

It’s a simple game: survive and escape if possible. It’s what Left 4 Dead 2’s “Realism” mode should be like, much like Rising Storm is what Battlefield 4’s “Hardcore” mode should be. These games are for more mature audiences, not for casual gamers. No More Room in Hell has phenomenal gameplay; if you’ve become disappointed by the fact that Day Z has just become Deathmatch with supplies and vehicles being very easy to find, check out No More Room in Hell. It is the zombie co-op game for non-casual gamers.

No More Room in Hell uses the Source engine. I can’t tell what version of the engine it uses, but it looks like either 2007 or 2009. Visual quality is essentially the same as Half Life 2: Episode Two. To modify its image quality in NVIDIA Inspector or Control Panel, you have to modify either the HL2 or HL2: E2 profile.

This engine still looks good to this day. The lighting, the post processing, polygon count, texture quality, the ambient occlusion, contrast, everything looks like a modern PC game. It has aged very well. Its anti-aliasing is far above average, especially when forcing supersampling, which you’ll find in all images in this review.

I like how the maps are lit: they’re really dark, and as a result you’ll be quite desperate for a flashlight.

Sound effects are very good, better than most other Source games. Guns are very loud and audible, underscoring the importance of actually firing a gun. This is a hardcore game; bullets are very scarce. Firing a gun even once is a big deal, and the sound effects help to make this apparent. Footsteps are nice and audible, and the gore effects look and sound great too.

There isn’t much to complain about in this section… or in any section. Graphics are fine and aren’t dated at all. Sound effects are well above average. Time to move on and conclude this review.

No More Room in Hell is a real treat for PC gamers. Unlike most other games, it isn’t designed for 8 year old kids, 80 year old grandparents, and everyone in-between. It’s made for a specific audience: adults, mature gamers who value teamwork and challenge. It’s a simple yet brutal game, and stands out as one of the best co-op shooters in existence. Best of all, it won’t even cost you a penny. Only on PC will you find games like this, and really good free games that are not F2P. Many thanks to the No More Room in Hell development team for making such a marvel for no cost at all.

For a better understanding of our scoring system, look here.

Some of us at GND-Tech are always up for some good co-op gaming. You can find and join us in games like No More Room in Hell, PAYDAY 2, ArmA 3, and Killing Floor. We play seriously and encourage teamwork. We’re an adult community that does not play casual games. If you’d like to join us, just register for free and post in the forums. See you in-game! 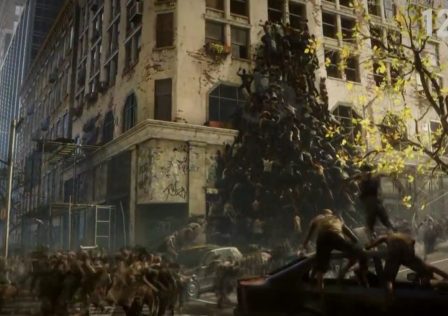 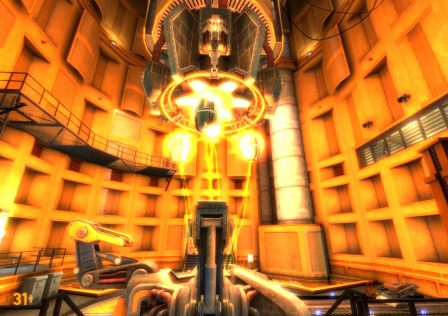 Remembering Our Heritage: Popular Games That Began as Mods 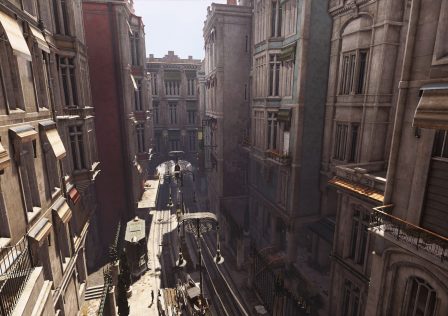 Remembering Colin Wyckoff (Kitty0706) – One of the Best YouTubers

[…] No More Room in Hell is the next game on our list. Like the previous entry, this is a PC exclusive co-op survival horror game. […]