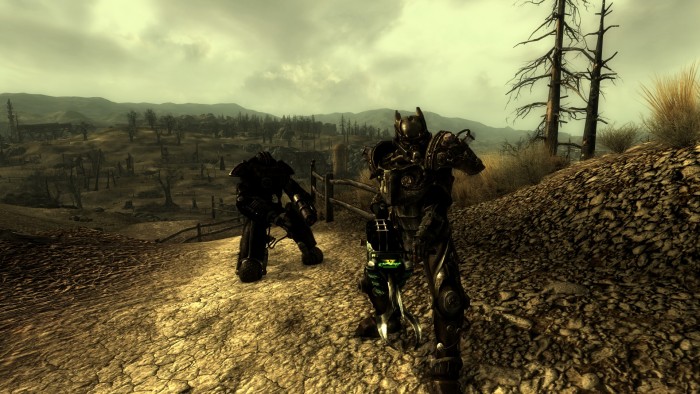 Since Fallout 3 is quite popular even today, we figured it would be useful to make this article. Here’s a list of mods that we consider to be must-haves for any Fallout 3 player. Our goal here is to make the game look better, but more importantly, make the gameplay more challenging and have more variety. For some gameplay videos using these mods, look here.

BE SURE TO READ THE DESCRIPTIONS FOR EVERY MOD, ENABLE ARCHIVE INVALIDATION AFTER INSTALLING THE MODS, READ EVERY PAGE OF THIS ARTICLE, AND BE SURE TO DOWNLOAD EVERY SINGLE MOD IN ORDER TO MINIMIZE ERRORS AND MAXIMIZE AWESOMENESS!

PRO TIP #2: As with some other mods, if you don’t have all the DLC, uncheck the version for the DLCs you don’t have in Fallout Mod Manager. For example, at some point I only had Broken Steel, so I had to uncheck Mart’s Mutant Mod for Mothership Zeta and Point Lookout.

PRO TIP #3: Install these mods BEFORE starting a new game. You must get the Fallout Mod Manager, which makes managing mods much easier and is necessary for adjusting mod load order, which is very important. Luckily it comes with a nice installer.

You’ll want to select archive invalidation in FOMM, and you don’t need to launch FO3 through it.

This mod is an absolute necessity for those who download graphics mods, otherwise the game might become unstable. It allows FO3 to use up to 3GB RAM instead of 2GB. Installation is a bit trickier, but just read the instructions carefully and you’ll be fine.

The console is a command prompt that lets you use developer-like functions. The default key for this is the tilde key, which is above TAB and below Escape. All the good stiff is listed here, but I’ll list some important things that most people would be interested in.

Just enter the bolded command listed below, and a value which I’ll explain right after it.

This page contains various mods that improve the visual aspect of Ballsout 3. First and foremost, for NVIDIA users, make sure that ambient occlusion is set like so via NVIDIA Inspector (a free program you can find easily).

However you don’t necessarily need Ambient Occlusion setting to be set to High quality, since this can be too taxing for lower end systems. Just see whichever setting works best for you. Now I’ll tell you one quick INI tweak for enthusiast systems (e.g., NVIDIA GeForce GTX 600 series or AMD 7800/7900 series at 1080p): change the following lines in My Documents\My Games\Fallout3\fallout.ini (open this using Notepad or Notepad++).

This will make grass much more dense and overgrown, in turn lowering frame rate noticeably. So once again, this is only for high end systems. Now lets look at those graphics mods.

This is an amazing texture mod for Fallout 3, replacing most textures in the world with high res models ranging from 1024 x 1024 to 2048 x 2048 for the FULL pack. They also include Performance and Lite packs for lower end systems, and Minimum/Medium/Maximum bump maps depending on your system. It’s quite self explanatory; an enthusiast PC should be fitted with FULL NMC textures and MAX bump maps.

Installation is simple but read carefully:

And that’s all. Move the extracted folder(s) to your data folder.

Again, it’s quite self explanatory what this is. It’s a new dynamic weather system, making time of day settings look much more impressive at any given time of the day. Be warned, once installed, make sure it’s at the bottom of your load order.

Flora Overhaul is a vegetation overhaul made by Vurt, a legendary modder for TES and Fallout games. An absolute must have.

It’s about time this mod came out. Bring character models into the 21st century using this mod!

This mod is quite self-explanatory. It improves the resolution and quality of blood textures, making blood splatters even more exciting. Let the blood flow!

This mod retextures lots of misc objects around the world, giving them the detail they deserve.

These are, of course the most important mods. Fallout 3 has some amazing gameplay mods which I’ll list here.

This fantastic, must-have mod adds a ton of new creatures to the game and makes the Wasteland more active, more unpredictable, and more challenging. You thought the Super Mutant Behemoth was bad? You better hope you don’t run into a Super Mutant Gargantuan (tip: go to Evergreen Mills).

You can find many of these creatures in action here.

For those who like to spawn things in-game, here are some creature ID’s for these new creatures that I dug up.

So simple, yet so necessary. Now you must eat, sleep, and drink in order to survive.

This mod adds the iconic guns found in the older games. Some of my personal favorites are the .223 Pistol and Bozar… be on the lookout for those if you use small guns.

This is a large scale mod that adds all sorts of content and fixes to the Point Lookout DLC. This requires all DLC to be owned.

These are necessary mods that don’t really fit into the other three categories.

Makes necessary improvements to animations, which are lacking in Fallout 3 especially before the mod.

A simple mod that adds headbob and new jumping animations.

This simple mod replaces the “Chinese Assault Rifle” with a more realistic AK. Sorry but I can’t identify if in-fact it is the Chinese version of the AK-47, the Type-56.

This is a replacement for the Chinese pistol. Wonderful attention to detail.

HD reskin for the Combat Shotgun.

Another weapon retexture mod. INSTALL THIS ONE AFTER ALL OTHER WEAPON RETEXTURES/REPLACERS, AND DO NOT OVERWRITE ANYTHING.

Default Combat Armor is low res and ugly. I recommend a reskin. I personally use the one made by CaBal120 and EmeraldReign, the former having the best Power Armor reskins.

Load order is important. Open Fallout: Mod Manager once all mods are installed, double check to see if Archive Invalidation is checked, and then check off all the mods (a check means they will load). Then rearrange them so that the master files are always above the slave files. For example, all of these mods are for Fallout 3, therefore Fallout3.esm should be at the top, then the DLC ESMs. All ESMs should be above all ESPs. Here is my load order as of May 2014, it’s perfectly stable. Use it as a reference, yours should be made very similar.

After installing all mods, enable Archive Invalidation in Fallout Mod Manager. If it was enabled already, disable it and re-enable it. This will solve many potential errors.

Good luck with your modding, and best of luck to you in the Capital Wasteland.

The Biggest Myths in the Video Game Industry – GND-Tech