Gaming mouse pads are becoming a more common accessory. They are carefully designed to provide maximum accuracy for laser and/or optical mice, which can be picky about surface type. Since Cooler Master became a manufacturer of high end gaming mice, it only makes sense for them to release appropriate mouse pads. They have quite a few already. Today we’re looking at Cooler Master’s latest mouse pad designed for gaming enthusiasts, the Speed-RX.

More specifically, what I have here is the Large size Speed-RX pad, from CM Storm. It is comprised of a synthetic mesh material made from nano-fibers that are specifically designed for enthusiast-grade, gaming optical sensors but work just as well with laser sensors. Large mouse pads are popular among gamers, since running out of mouse pad space and having to re-position your mouse is the last thing you want to do in competitive games, since it can throw you off and take up valuable time. This is why CM Storm has released a Large size Speed-RX, but they also have a medium and smaller size to appeal to everyone.

The pad we’re looking at is the 450 x 350mm model, which is huge for a mouse pad. The box also depicts this. Its shape makes it easy to carry, and on it you’ll find specs as well as an opening which lets you feel the mouse pad’s surface. Not much else to say here.

Now it is time to examine the Speed-RX. It has a plain black finish, with a CM Storm logo on the bottom right. It definitely is a huge mouse pad.

The synthetic mesh surface is rather soft but provides great friction, reducing drag and improving overall tracking. As mentioned earlier, it is 5mm thick. This can actually reduce fatigue, since normal mouse pads may rise on their own, forcing you to press down while gaming (if you want to be more accurate). This pressing down is no longer necessary. It is also made with a triple layer heat bonding process so it won’t wear out any time soon.

Here is a close-up shot of the synthetic mesh material. It isn’t the softest, nor is it the most rough.

The underside is made of rubber and has an anti-slip grip. This prevents the pad from moving around.

Here is a closeup of the CM Storm logo on the bottom right.

To give you a perspective on its size, here is a shot of the pad with a CM Storm Inferno mouse on it. It’s not even a small mouse, this is just a huge pad. You’d never run out of space. In fact it’s so huge, one may be confused as to how to use its size. If you use it strictly as a mouse pad, your keyboard would sit far left. You can put your keyboard on the top and use the mouse on the lower section, or just put your keyboard partially on the pad, leaving it at a slant, and using the rest of the space for the mouse. You can figure something out.

For this section, I used the Speed-RX pad in conjunction with a CM Storm Inferno and Sentinel Advance II mouse. Both are laser mice, but the sensors have some different properties. The former became overly sensitive with soft mouse pads, and only worked well on rough surface pads. So I was really curious as to how it would work with the Speed-RX.

Once I plopped the mice down onto the pad, the extra friction and reduced drag provided by the synthetic mesh surface becomes obvious. Your mouse will not glide around on this one. This prevents the mouse from moving on its own (which can also be caused by slack on the cable), and reduces errors made on the user’s behalf. With this material, you’re really more in control of your mouse and this will improve aiming.

I experienced no issues with either mouse on the Speed-RX. Both mice perform very well on this surface. Compared to some generic, rough mouse pad I have, it is easier to control smaller movements and the cursor never moves on its own. I did in fact seem to be a bit more accurate in ArmA 2: Combined Operations, which tests your aim more than any shooter I’ve played.

Another benefit about the Speed-RX, which stems from its reduced drag surface and anti-slip base, is that it reduces lift-off distance compared to generic mouse pads. Since the mouse pad stays in place and reduces drag, it does not move at all when lifting the mouse off of it. Many generic mouse pads will rise slightly when lifting the mouse, since they move around too easily. The CM Storm Inferno mouse has good lift-off distance combined with this mouse pad – the cursor doesn’t move much when lifting it, and it doesn’t shift aim much. With the Sentinel Advance II, the cursor and point of aim don’t seem to move at all.

To sum it up, the Speed-RX improves accuracy with laser mice, gives the user more control, its very rigid and stays in place, and can lower lift-off distance compared to generic mice. Gamers will be more accurate in shooting or platforming. It may be a necessity for competitive gamers.

The CM Storm Speed-RX Large mouse pad is designed for high end optical and laser mice, and is designed for gamers and anyone else who demand the most accurate mouse tracking. The Speed-RX certainly delivers on this. It is rigid, built to last, stays in place, and improves tracking on both laser mice I tested on it. The result of this is an improved gaming experience. Its massive size will make it impossible to run out of space, so you won’t be re-positioning your mouse in-game anymore. Time to score this product, with 5 being the highest score in the subsections, and 100 being the highest overall score. 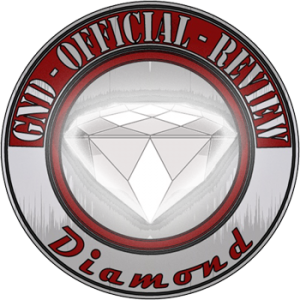