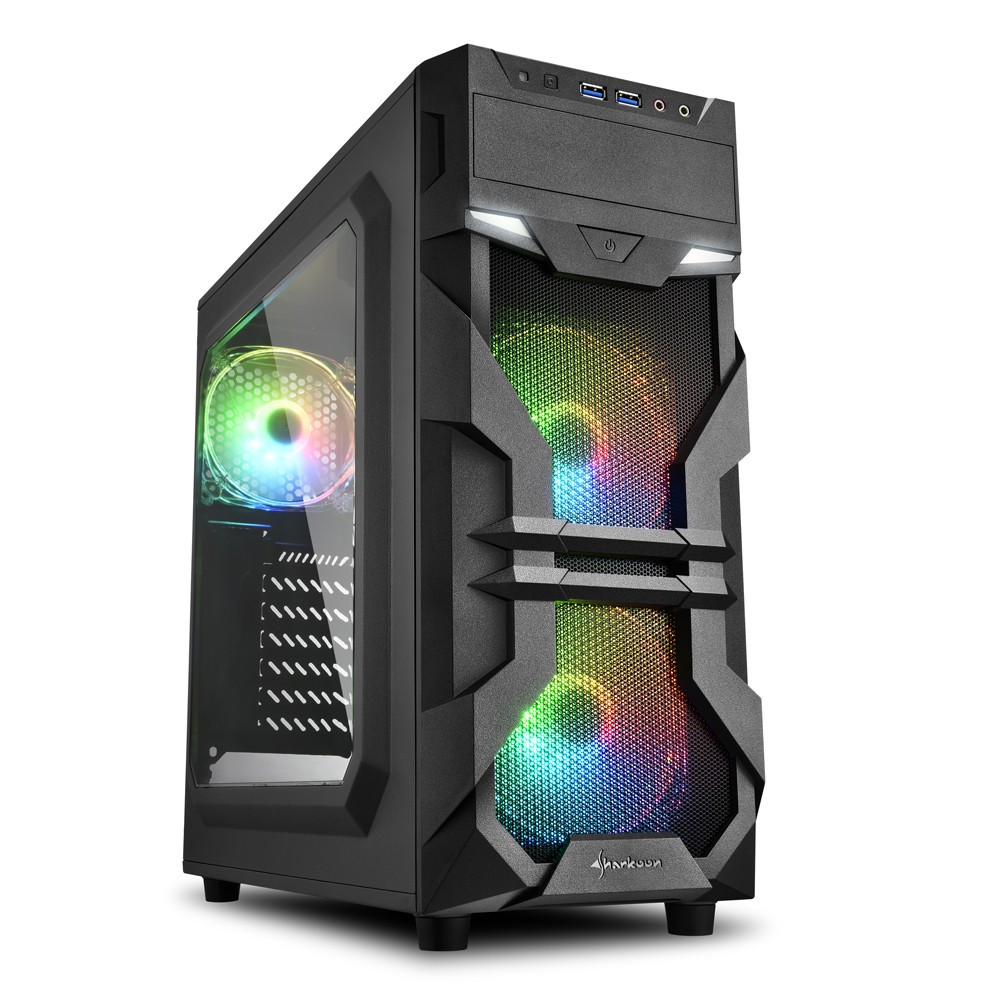 Sharkoon has just released its latest mid tower computer case the VG7-W which is targeted towards gamers on a budget. While the case won’t break the bank, you’ll still end up with tons of features system builders these days require. The Sharkoon VG7-W has been on the market for a while now but only Red, Green, or Blue fans. This version features addressable RGB fans in the front as well as an RGB fan at the rear of the case.

The chassis is constructed from steel and plastic on the front fan shroud. The left side panel features a large acrylic window for viewing system internals. The front panel provides an aggressive, modern appearance combined with a good airflow supported by the air-permeable mesh grille. Cooling is provided by two pre-installed 120 mm RGB LED fans. Over at the rear of the case there is another pre-installed fan to exhaust hot air out the back of the case. 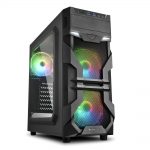 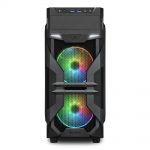 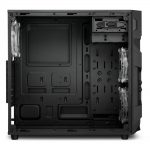 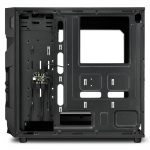 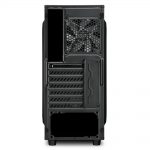 The RGB LED fans work with modern motherboard LED control software such as ASUS AURA Sync, Gigabyte RGB Fusion, MSI Mystic Lighting, or ASRock Polychrome. If you don’t have a supported motherboard with an ARGB header, no worries; Sharkoon has provided a built in RGB controller which can be toggled using a button at the top of the case.

Lastly, Sharkoon has included dust filters at the front of the case to keep system internals performing optimally. The filters can be easily removed for periodic cleaning.

Price and Availability: While the single color Sharkoon VG7-W is already now available for $44.99 USD, the RGB version will be released at $54.99 USD.