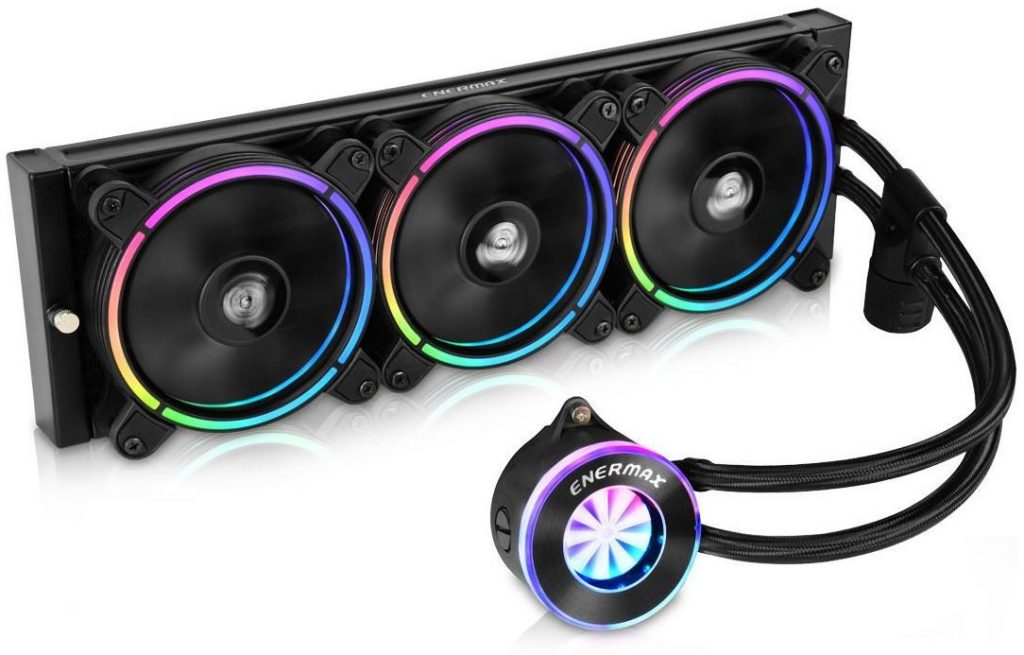 Enermax has just released its latest edition to the LIQFUSION lineup of AIO CPU coolers. The new cooler, the Enermax LIQUIFUSION 360 features a full size 360mm radiator which is cooled by three RGB enabled 120mm fans. Unlike many other AIO coolers on the market, the LIQFUSION 360 features a built in flow meter which allows users to easily monitor the flow of the contained liquid.

The RGB effects are present on the pump housing itself as well as the included three addressable RGB fans. The fan lighting works with either the included RGB controller, or can be attached directly to the motherboard’s ARGB header for syncing lighting colors and effects. The new AIO cooler works with popular motherboard software such as ASUS Aura Sync, Gigabyte RGB Fustion, ASRrock Polychrome, and MSI Mystic Lighting.

The pump is ceramic based which is contained in a rubber casted housing and is rated for more than 50,000 hours of operation. The pump attaches directly to the CPU which supports pretty much any popular motherboard socket except for the AMD TR4 and SP3 sockets.

The Enermax LIQFUSION 360 (ELC-LF360-RGB) is available now for $149.99 USD. More information can be found on Enermax’s product page.