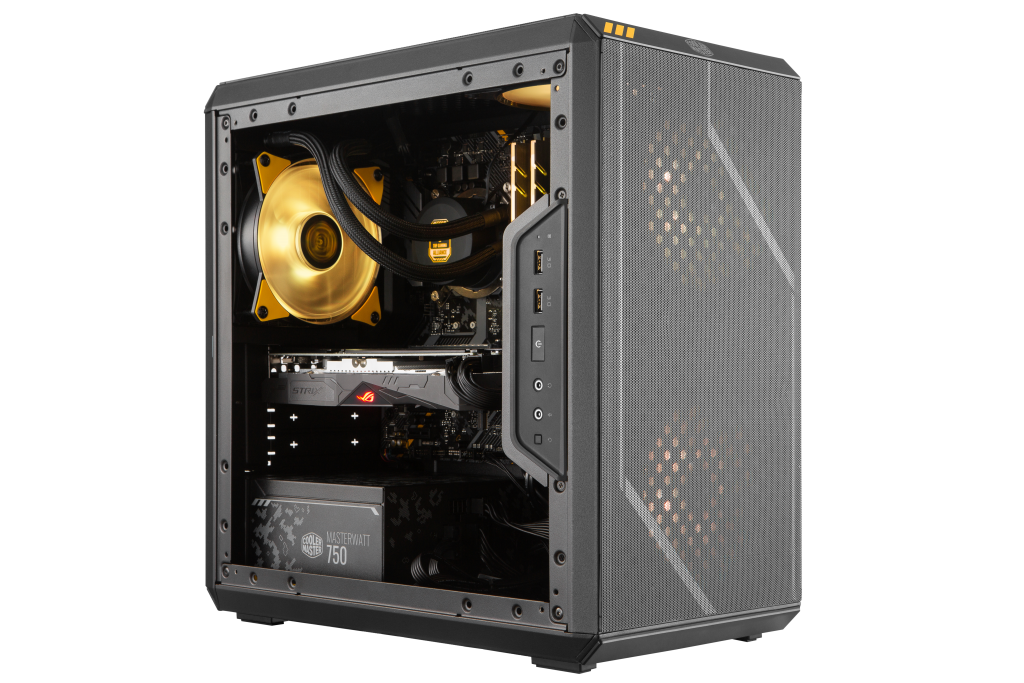 Cooler Master has just announced a bunch of new cases under the MasterBox and MasterCase lineup of computer cases. The announcement took place during the CES 2019 event in Las Vegas today. At a glance, the lineup looks pretty solid! Below is the official press release from Cooler Master:

Press Release: LAS VEGAS, NEV., JANUARY 7, 2019 – Cooler Master, a global leader in PC components and gaming peripherals, today announced its upcoming arsenal of PC cases to be launched in the first half of 2019. Cooler Master plans to release a number of mini tower cases, refresh and remaster the previous N Series as well as offer three cases in partnership with motherboard manufactures, ASUS and ASRock

The MasterBox Q500L applies all of the versatile features of the Q series, but with the capability of supporting a standard ATX motherboard. With the same exterior dimensions as the MasterBox Q300L, support for a standard ATX motherboard in the Q500L was made possible by positioning the PSU in the front of the chassis instead of the base. The movable I/O panel and support for vertical or horizontal orientations, seen across the entire Q series, are also featured on the MasterBox Q500L. With the exterior fully perforated, and covered by a magnetic dust filter, the Q500L offers plenty of airflow for various cooling configurations. 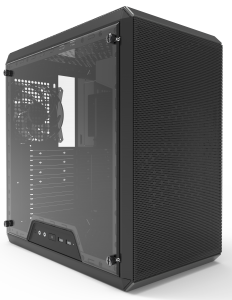 The MasterBox Q500P will be released as a more premium aesthetic version in the Q500 series. Similar to the Q500L, the Q500P will maintain the external dimensions of the Q series, but with the capability of supporting a standard ATX motherboard. Additional proposed features include a tempered glass side panel and an upgraded I/O panel. 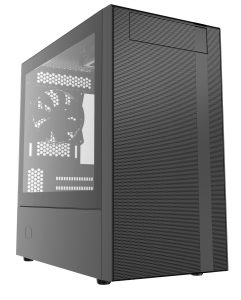 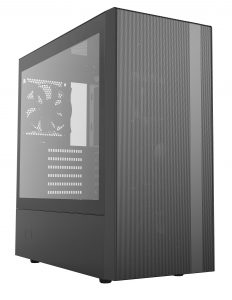 A fully perforated chassis offers a high potential for thermal performance and also supports a wide range of optional fan configurations. For aesthetic harmony, the MasterBox Q300L TUF allows users to assemble their system with a full lineup of TUF components. 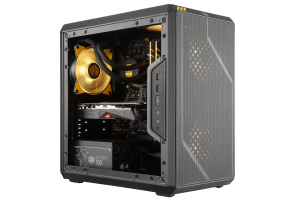 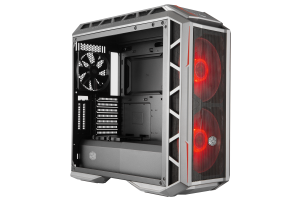