2018 has finally come to an end, and it is time to reflect back on all the greatness that the gaming industry gave us. It was an exciting year for gaming, showing both great games and great mods, with more to come in 2019! Without further ado, let’s get right into it. Note that we were not able to include Red Dead Redemption 2 in this year’s awards due to a lack of a PC release, but should one come out in 2019 or 2020, it would be eligible then. 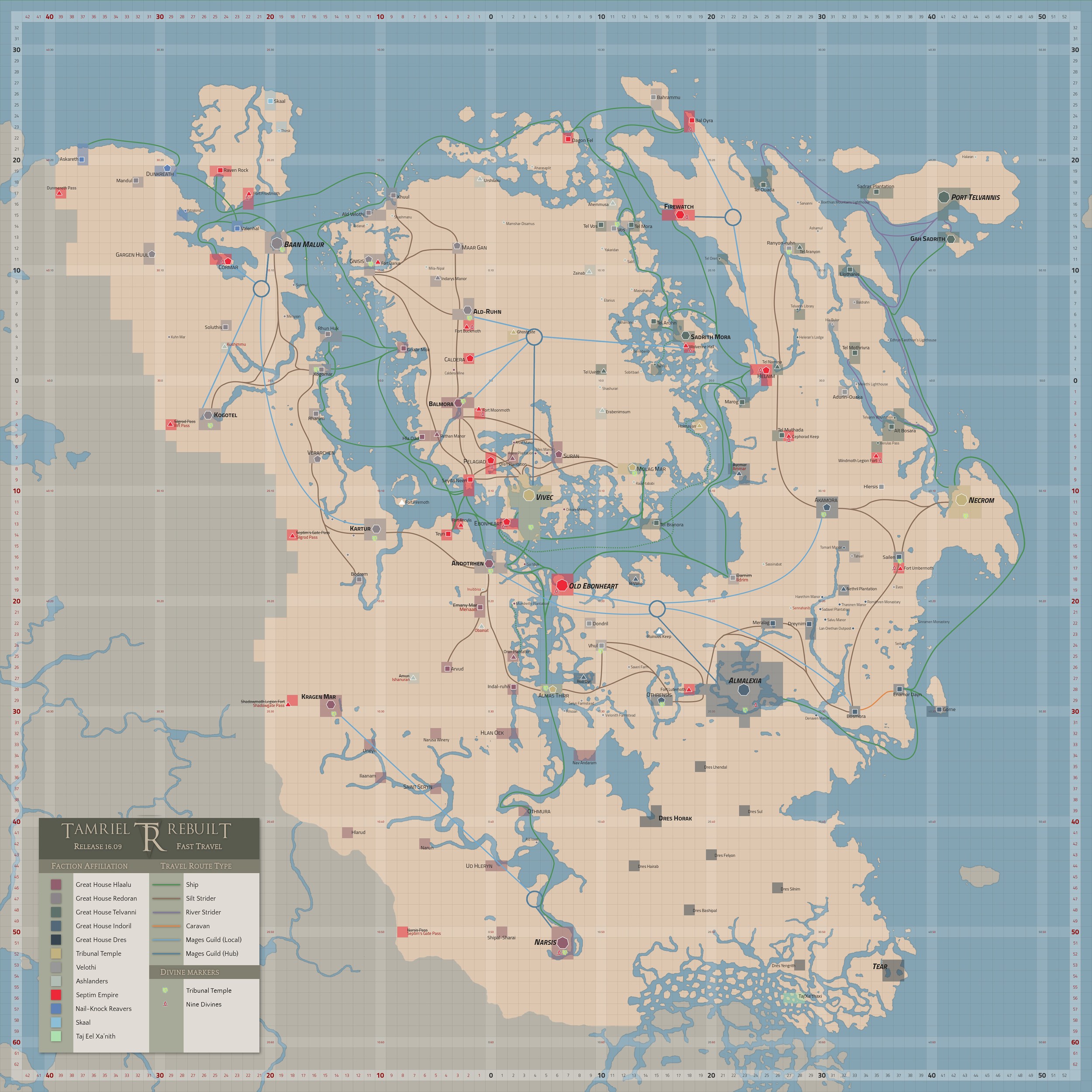 Tamriel Rebuilt is long in the making, but is in a release candidate stage I’d say. It adds the entirety of the Morrowind province to The Elder Scrolls III: Morrowind, which by default only has the small island of Vvardenfell, an even smaller island called Solstheim, and one city from the mainland in one of the expansions. Thus, this is a hugely ambitious mod, as it adds an open world landmass that dwarfs the base game and makes it overall on the same scale as Oblivion and Skyrim. Best of all, it can be used with mods like Morrowind Rebirth, another mod that has won this award in the past, to create the ultimate experience! 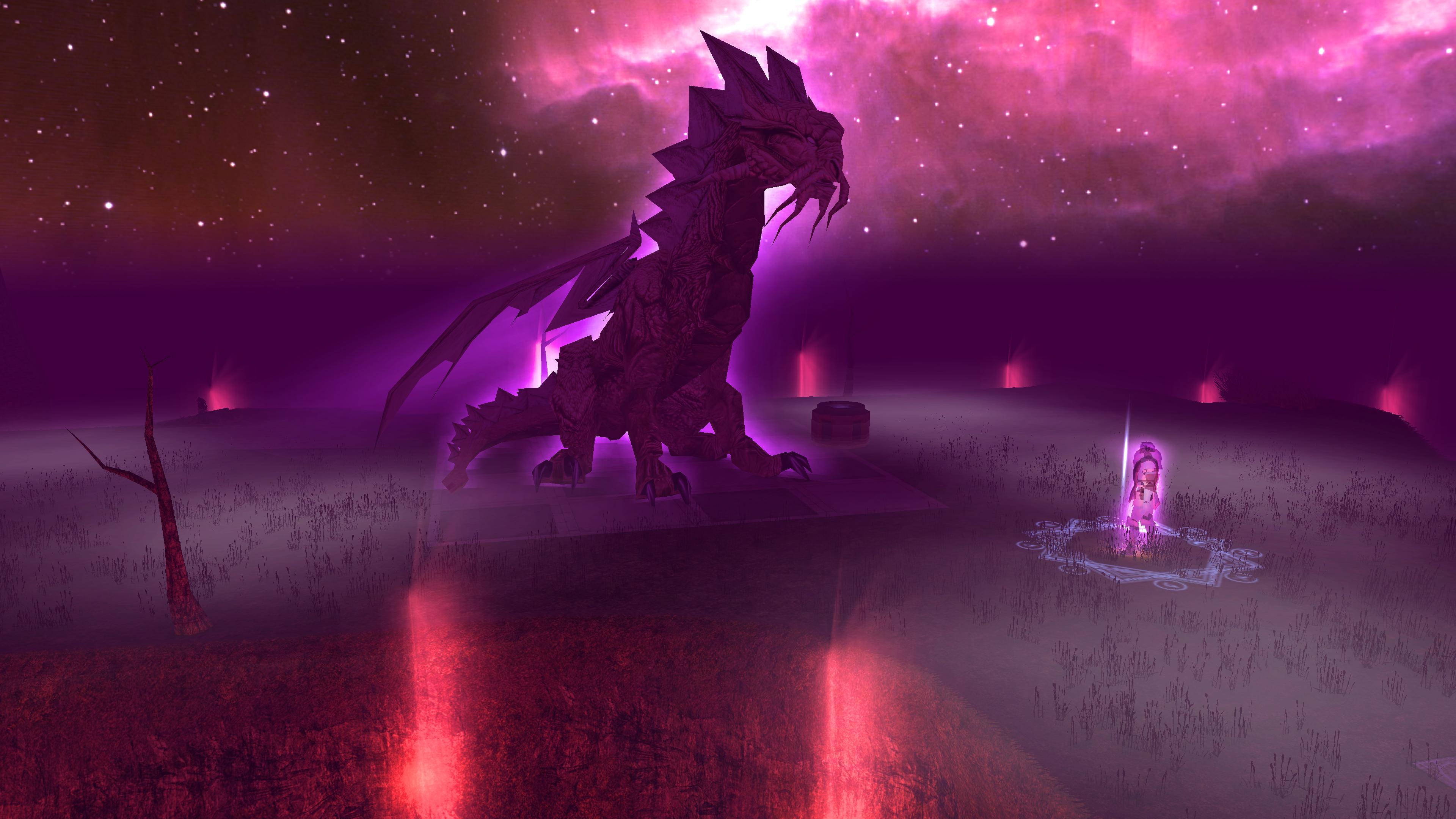 The Aielund Saga is one of the better video game RPGs in existence, and it is a total conversion mod for Neverwinter Nights. Act III is an epic high level campaign that serves as a surprisingly well written fantasy adventure and continuation of this fantastic series. While video game RPGs continue to barely or not even be RPGs due to the immense oversimplification of the genre, mods like this keep the genre alive for those who care.

The soundtrack is such a crucial part of a game. Pathfinder: Kingmaker is another RPG composed by Inon Zur, who has also composed the soundtracks for Dragon Age: Origins, Bethesda’s Fallout series, and other standouts. While not as uniquely excellent as those, the soundtrack of Pathfinder: Kingmaker, largely composed of classical style music, still excels, with several tracks being so positively noteworthy that you might want to take your time in those areas of the game just to listen to it.

Many nominees for this award are war-themed multiplayer shooters, so they are directly comparable. And I’ll say, all of these war-themed shooters sound exceptional on my 5.1 surround system. But Insurgency: Sandstorm takes the cake this year. While it doesn’t quite match the fidelity of last year’s winner, Rising Storm 2: Vietnam which remains the best sounding war game to date, Insurgency: Sandstorm comes fairly close, demonstrates excellent attention to detail with its sound and doesn’t have any real flaws. Dynamic reverb and excellent surround spatialization are standards these days for AAA games, and Insurgency: Sandstorm really sounds like such a game, hitting above its price point and its budget. The effort really paid off. Play this game on a surround sound system and you will be transported into a war zone. 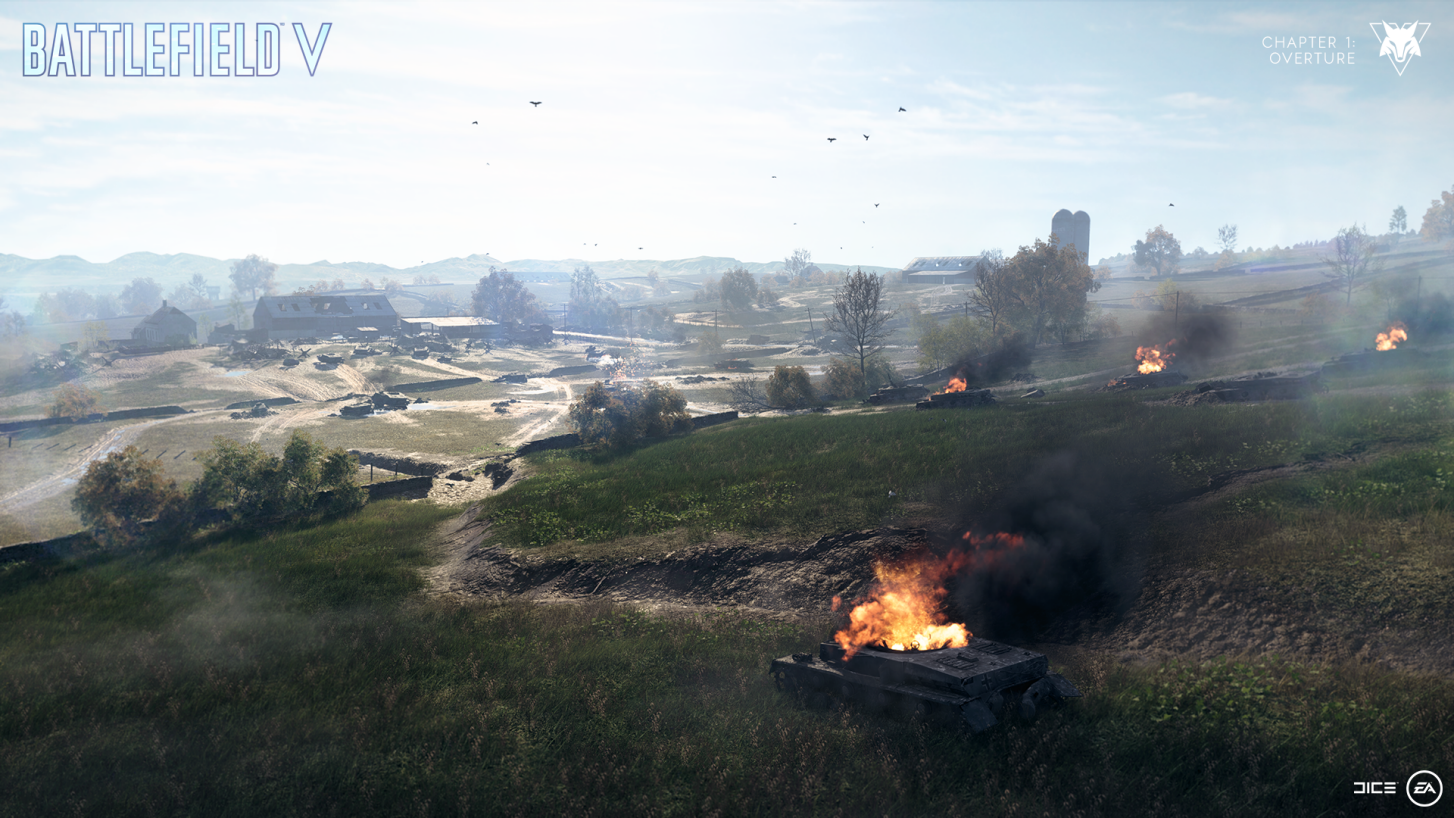 This award is typically a no-brainer, and 2018 was no exception. Battlefield V was in the first wave of NVIDIA RTX enabled games, but this hardly matters since the hardware is hardly there for the technology. RTX aside, Battlefield V demonstrates the continuous evolution of Frostbite engine. EA DICE has held the graphics fidelity throne for three years now, dating back to Star Wars: Battlefront in 2015. While they are not the cleanest wins, with all of these games sorely lacking with regards to procedural physics and other dynamic effects, one can’t doubt the static visual realism that these games provide, with Battlefield V being the best in the world right now overall.

Insurgency: Sandstorm picks up its second win for 2018. It is essentially identical to the first game, but on Unreal Engine 4 rather than Source Engine. Insurgency: Sandstorm is a modern warfare themed Close Quarters Battle (CQB) FPS. This means it is an infantry focused experience with only light ground vehicles. It features both co-op and PvP, with multiple game modes for each just like the first game. The most played game modes for both co-op and PvP are objective-based designed to encourage advancing rather than camping, in order to capture objectives and allow your teammates to respawn. Nothing original there, but it is a solid game mode that makes sense for war games. Each team has multiple roles, such as commander, support gunner, demolitions, etc, with limits on how many players can play each role for the sake of realism as well as balance. Commanders function similarly to commanders in the classic Battlefield games or Red Orchestra/Rising Storm games, being able to give orders and designate targets for various types of aerial support. Insurgency: Sandstorm also features wave-based co-op survival. The one thing the game lacks right now is moddability; Insurgency began as a mod, but mod support is expected in the future.

Best RPG of the Year

The much endangered RPG genre finally showed a return to form this year: for the first time in many years, we got not just one, but two role-playing games that actually encourage role-playing rather than shy away from it! The last RPG I’ve played that encouraged role-playing was Wasteland 2 from 2014, but the second half of the game seemed as if all developers went on strike and some inexperienced interns had to finish the job. But I digress.

The winner this year is Pathfinder: Kingmaker, based on the tabletop RPG and adventure books of the same names (Pathfinder RPG, Kingmaker adventure books). As one would hope from an RPG based on a tabletop RPG, the role-playing is ample here; this game really allows you to develop your character’s personality with very little restriction especially with regards to alignment, which comes into play not only while adventuring but also in the strategy element; ruling your Barony (and later Kingdom). An innovative idea executed very well.

Not only do you not feel railroaded into playing one type of person (the opposite of games such as The Witcher series which can never be RPGs, Pillars of Eternity which is just a weak RPG, and even the Divinity: Original Sin games), you also have the ability to act with more free will. Not as much freedom as say the first two Fallout games, but you can at least deal with most situations however you’d like. One downside in this regard is how permanent death is, despite the presence of spells and scrolls that should allow you to resurrect people (they only work on fallen companions in combat). The environment also isn’t as interactive as RPGs of past that would allow you to break simple doors and locked containers. Nevertheless, this amount of role-playing hasn’t been seen in years, and this game also excels in combat.

The only other video game RPGs with this much diversity in possible character builds are Neverwinter Nights, Neverwinter Nights 2, and The Temple of Elemental Evil. Pathfinder: Kingmaker has 9 playable races (one added by a paid DLC), 11 skills, 15 base classes (1 added by paid DLC), 6 prestige classes, hundreds of feats, hundreds of spells, and just about as many different types of weapons as any other RPG, and all the standard armor types from Pathfinder which is based on Dungeons & Dragons 3.5. The enemy diversity of this game far surpasses almost all fantasy RPGs and only D&D based games and Arcanum: Of Steamworks and Magick Obscura are comparable. This greatly increases tactical difficulty of the combat, as certain foes will have certain strengths and other weaknesses or outright immunities, which you will have to plan for. Games like Pillars of Eternity and Divinity: Original Sin and Dragon Age are all of course loosely inspired by D&D, but they all have very simple and bland gameplay compared to video games such as Pathfinder: Kingmaker. Also note the difficulty customization shown in the last image above, the best I’ve ever seen!

So as an RPG, Pathfinder: Kingmaker is one of the best in years, and Kingdom Come: Deliverance is also no slouch. Let’s hope Owlcat Games has a future. 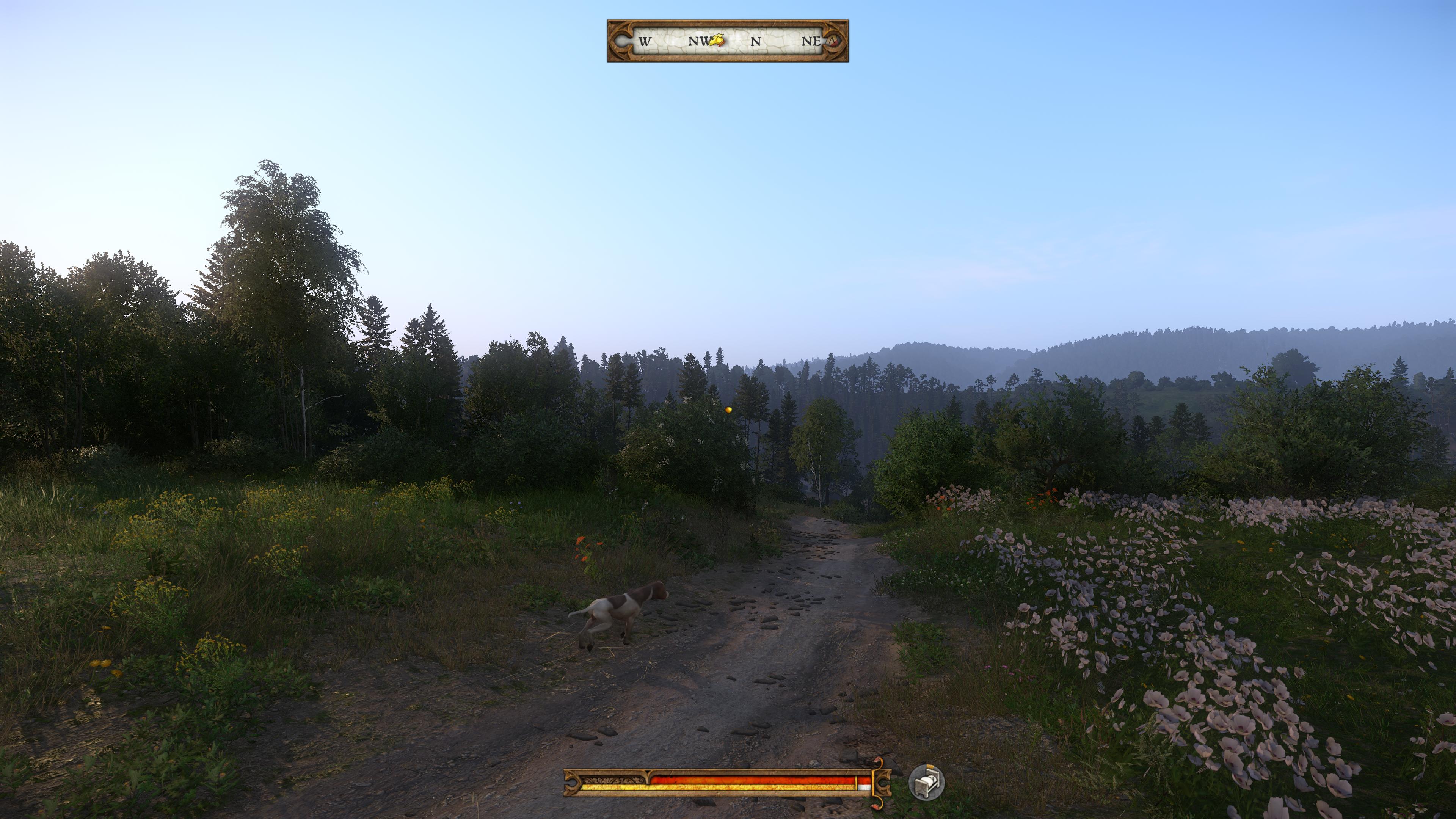 While Pathfinder: Kingmaker won the award for best RPG primarily for its amount of role-playing, overall game of the year has to go to Kingdom Come: Deliverance. This is the innovative RPG the world needed, dare I say it is the first action RPG to actually implement combat gameplay correctly. Not only do you get better at skills you constantly use like in The Elder Scrolls, but when you do improve, the improvements are not just background statistics – your character becomes less clumsy, more fluid, the animations and very feel of the game improve as you do. How it should be in an action RPG.

The fact that this is a historical RPG is also innovative, as such a thing is hardly ever attempted in gaming. The developers’ passion for history is evident throughout Kingdom Come, it is clearly a passion project and a very substantial one at that. It is a proper open world game – no scaled down, overly flat gameyness like you have in The Elder Scrolls V: Skyrim; the geometric detail in Kingdom Come’s open world surpasses all games before it, and unlike Skyrim you can’t just skip over impossible terrain.

Kingdom Come is very much a realistic game with many “simulation” aspects. The aforementioned role-playing, movement, fatigue and nourishment systems, armor simulation, these gameplay elements are on a level that is rarely ever attempted and the game benefits tremendously from it all. Even the AI is above average, with every NPC having their own daily routines and going to sleep at night like Bethesda’s Radiant system but then more advanced features such as bandits being most active at night and even blocking roads to set up ambushes, something I haven’t seen before or since.

Kingdom Come is a large scale, very well executed passion project. A once in a decade game perhaps? It actually tries to excel in every area despite being a massive game. Well done Warhorse Studios, you’ve earned this.

Most Anticipated Game of Next Year 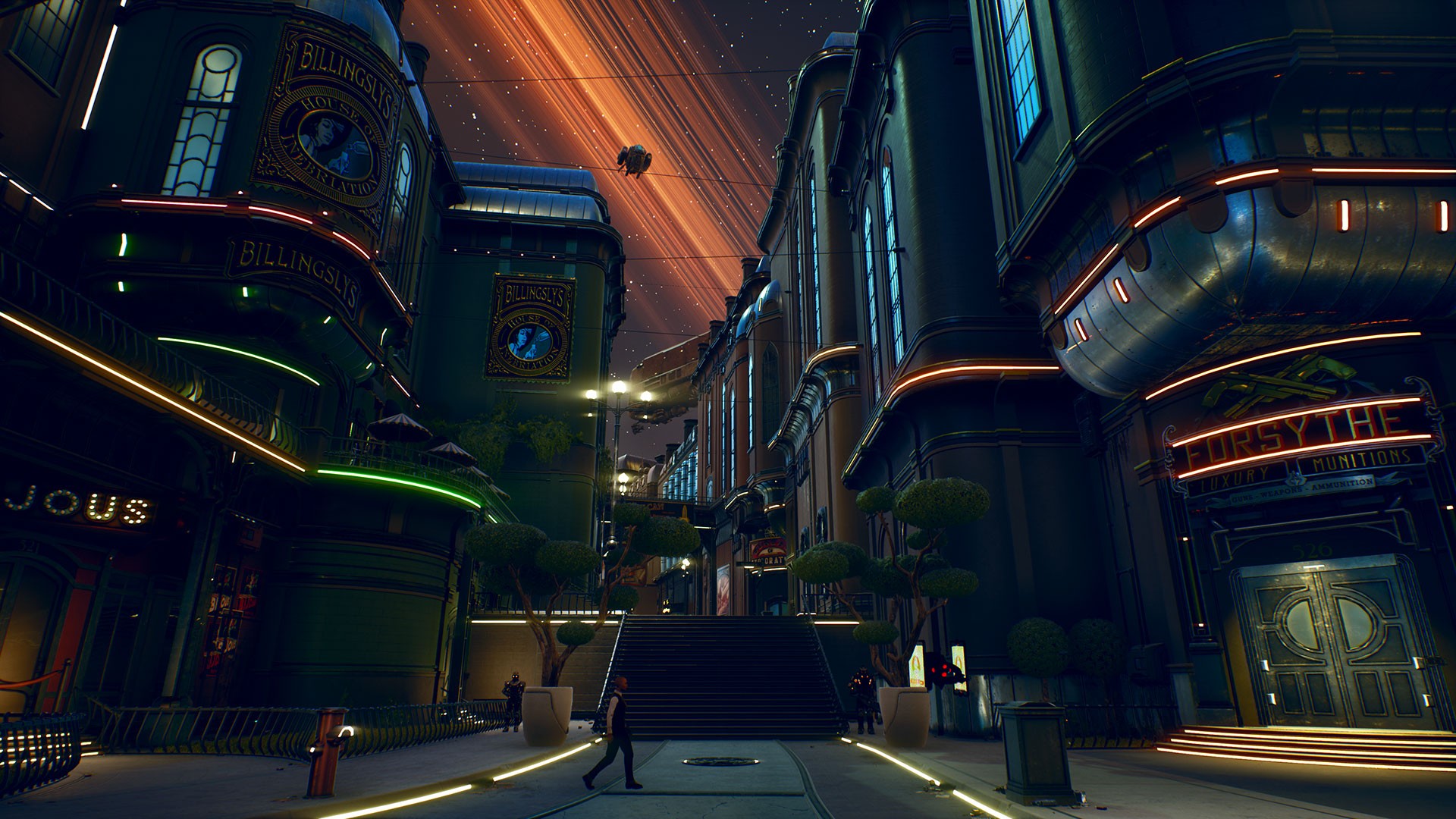 By “next year” we really mean 2019. For this award, we will for once agree with a mainstream opinion: we absolutely cannot wait for The Outer Worlds. While my opinion of Obsidian Entertainment has been 100% negative as of late, with the uninspired Pillars of Eternity games and the horrendous Tyranny, I believe The Outer Worlds to be an actual motivated and ambitious effort by Obsidian Entertainment, and with a Take Two subsidiary publishing it, I don’t think a bland uninspired game with zero ambition will be accepted. No, I predict we’ll get something much closer to the quality of Fallout: New Vegas, the last truly great role-playing video game to be released by any studio. Fingers crossed and happy belated new year! 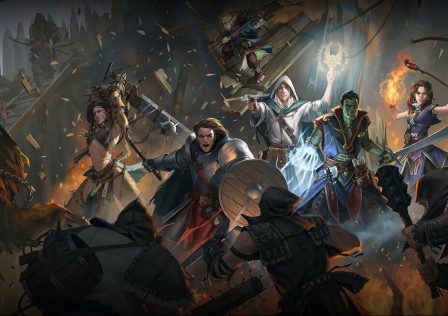