The Cosmos series from Cooler Master is definitely one of the most iconic full tower PC cases of the mid-2000’s. Tradition has been kept alive with the release of the Cosmos 2, and 1000 series, to name a couple. Today, Cooler Master has just announced the launched of the COSMOS C700M Full Tower PC Case which keeps that Cosmos spirit alive. The Cosmos C700M is a massive premium case with pretty much everything high end system builders, overclockers and gamers would need.

The Cosmos C700M keeps tradition alive with the iconic aluminum handles and sports the same curved side panels. This time the side panels are constructed from tempered glass with a slight tint to give the case a more stealthy look. RGB lighting is also incorporated into the case that run continuously from the top to the front of the case down towards the bottom. Lighting can be controlled with popular RGB control software from the motherboard. 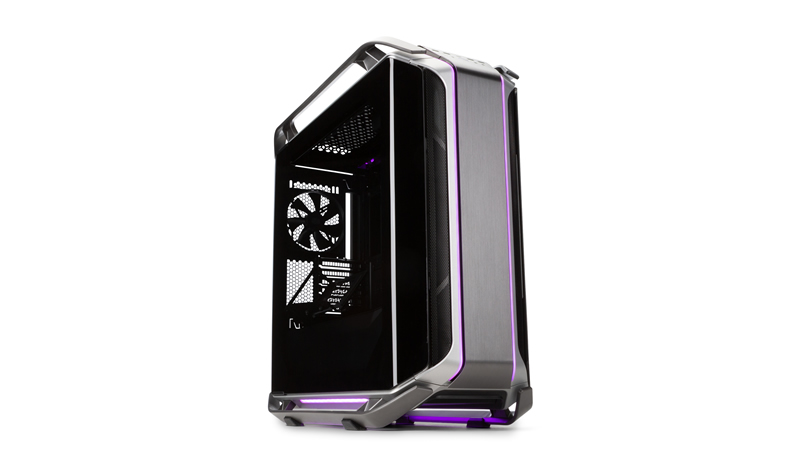 Cooler Master designed the entire layout of the case to be unique. The motherboard can be mounted traditionally, inversed, or in a chimney configuration. The motherboard tray itself can be completely removed to allow for easy motherboard or CPU cooler installation for that matter.

“The idea is to inspire growth in builders across all levels – since the chassis is only as complex as builders need it to be, there will always be room to creatively experiment,” –Cooler Master Case General Manager, Matteo Stracciari.

The Cooler Master C700M also comes equipped with a unique graphics card mount that enables users to display their GPU traditionally, horizontally by attaching it to the midplate or vertically. Water cooling was also taken into consideration. Full support for large radiators is included.

Features and Specs of the Cooler Master COSMOS C700M 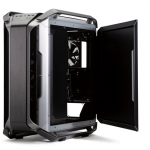 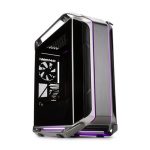 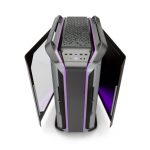 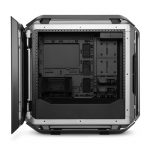 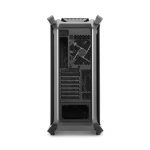 Wow, this is one of the most modular cases I have ever seen. Functionality wise, it looks like a 100/100.

I don’t like the looks though. Front panel is too thin.

I want them to remake the Cosmos Black Label, but with a full very dark tinted tempered glass left side panel, and a new interior obviously with no more 5.25″ drive bays and better airflow.