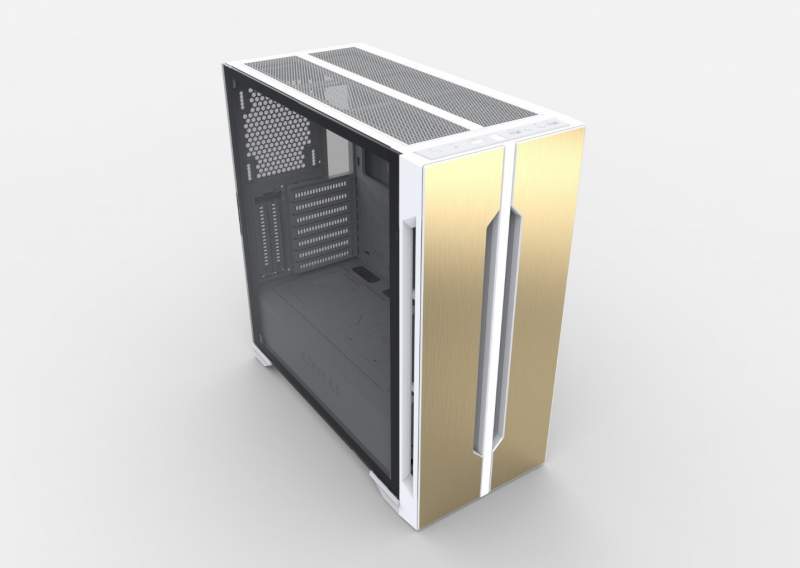 Lian Li has just showed off two new alternative editions to their LANCOOL ONE mid-tower PC case, the LANCOOL ONE White edition, and the Champagne Edition. The original LANCOOL ONE case was released last month and was packed with premium features such as RGB LED accent lighting, aircraft aluminum construction, and a brushed aluminum front panel.

The LANCOOL ONE Special Champagne edition is part of a limited production run and only available through Lian Li through special events. The Champagne Edition features a gold colored front panel. Want one? Thought you’d ask… Lian Li is giving away five of these beauties on its official Gleam.io giveaway page.

Nobody in the business does aluminum better than Lian Li and the LANCOOL ONE continues that legacy with its stylish aluminum front panel which exudes a timeless, elegant vibe but is given a modern touch with impressive RGB lighting. The RGB lighting serves as both an accent piece for the front panel as well an ambient lighting for the internal chamber giving it a two-in-one function that provides a lot of value. The LEDs also illuminate front fans directly so users not using RGB fans on the front can get the illusion of using RGB fans on the front thanks to the front panel lighting.

Both the LANCOOL ONE White edition and LANCOOL ONE Special Edition feawture the same brushed aluminum finish as the original chassis. The chassis support up to 360mm radiators on the top of the case or a single 240mm radiator on the front. The case is equipped to store up to nine 120mm fans if desired. A modular hard drive cage system is also equipped in the LANCOOL case which can be completely removed if desired. 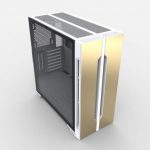 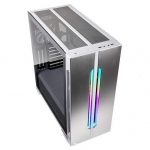 Pricing and Availability of the LANCOOL ONE White Edition

The case will be released later in the year likely October or November. Pre-orders will be available. No details as to pricing at this point.