Gigabyte has just announced the release of their new highly customizable AORUS M5 Gaming mouse. The M5 is packed full of features including RGB LED control (pretty much a standard feature now days) which is controlled by Gigabyte’s AORUS ENGINE software. The software has the ability to sync LED affects, colors, and patterns across multiple AORUS devices.

Another pretty cool feature is the AORUS M5’s modular weight distribution system. This allows the user to not only modify the weight of the mouse, but change the M5’s weight distribution as well ranging from 118g to 130.5g. The goal is to give the user more control and customization over their gaming needs by adjusting the mouse’s center of gravity.

Spec-wize, the mouse is considered high-end. Equipped with a 16,000 DPI sensor (Pixart 3398), the AORUS M5 provides extreme accuracy and speed. The new sensor is capable of 400 ips and 50G acceleration. To provide these kinds of numbers, the M5 will only be released in a choreded configuration. Need even more performance? The Aorus M5 also boasts a 32-bit ARM processor delivering low-latency performance and amazingly fast processing ability.

The M5 is equipped with Japanese Omron switches on both the left and right click buttons. These switches provide a crisp, clean tactile feel which are ideal for gaming. As far as longevity, the Omron switches are rated to perform over 50 million clicks. 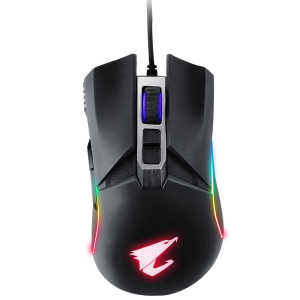 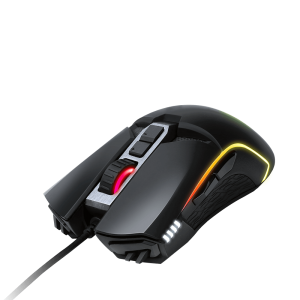 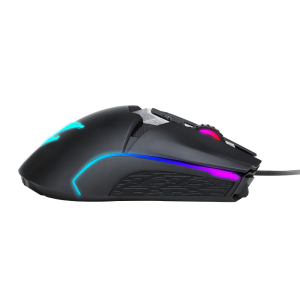 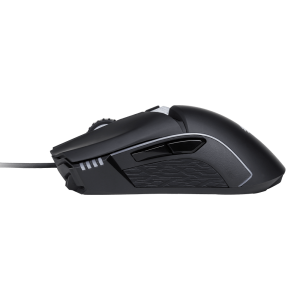 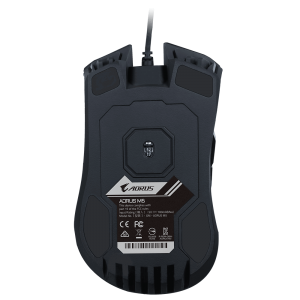 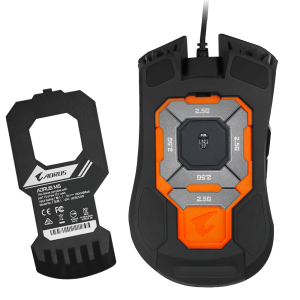 No pricing information could be found at the time of posting this article.