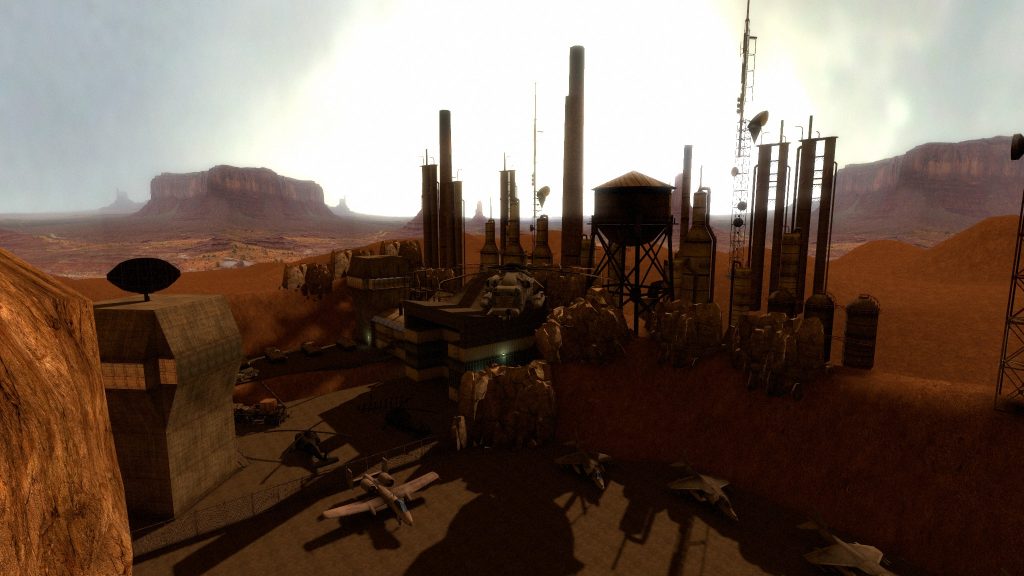 The introduction to any story, whether the medium is video gaming, film, or books, is one of the most important aspects. It serves as the hook to the story, it must immediately grab the audience’s attention and make them want more. Today we are looking at the top 5 best introductions in video game history.

So many video game intros are just blatant tutorials, lacking in relevant story parts or interesting gameplay. Combined with how generic the gameplay is in the majority of AAA games, such tutorials often feel unnecessary and players will want to simply skip them. Needless to say, such intros won’t make this list.

Tutorials can be well integrated into a game’s introduction, but such a thing is not necessary for us. We’re enthusiastic gamers here at GND-Tech, tutorials aren’t even necessary for many kinds of games in our opinion. Games like Myst and its remakes, games like S.T.A.L.K.E.R. Shadow of Chernobyl or Deus Ex, games designed to be brutal and challenging but with self-explanatory gameplay mechanics to anyone with common sense.

And so, let us continue with our countdown on the next page! Remember, don’t just read the article and watch the videos. Play every game featured in this article if you have not, experience the excellence for yourself! Black Mesa, the remake to Half-Life, makes an expected appearance on this list. At this point it’s almost an official remake, with it being sold on Steam and no longer just a mod. The only difference being it is not published by Valve.

Thus, all credit to Valve for creating Half-Life and Source engine, because Black Mesa is pretty much a 1:1 remake of the original as far as script and level design goes, but on Source engine. This means it’s really Valve’s intro, redone by Crowbar Collective. The game isn’t yet complete, and the last few chapters (Xen) will apparently not be a 1:1 remake.

So why Black Mesa over Half-Life? It’s simple. It’s a visual introduction. The player is on a tram car flying through Black Mesa Research Facility, taking in the massive and incredible landscape, structures, scenery. Recorded announcements playing over speakers in the tram car add to the atmosphere, making it feel more authentic. You are Gordon Freeman on your way to work. What a daily commute. And when you arrive at your destination, you are free to explore a decent amount of the facility and interact with people and objects. Needless to say, such a visual introduction is far more impressive with 2009 graphics than 1998 graphics.

Note that this is the only intro on our list that contains no gameplay. It is one of the most atmospheric game intros out there. Quite surprising for an FPS game.

The tram ride is only about 8 minutes, so the lengthiest part of the intro is optional exploration of Black Mesa facility. The prologue of Underhell makes our list. It is a free Source mod, only requiring Source SDK Base 2007 to be installed which is also free. Download Underhell from here. Underhell is what is pictured on the first page of this article.

Its very first release in 2011 was just an introduction. Two hours is a rough estimate; those not good at exploring and finding hidden secrets can easily take longer, while those who have already played it and are familiar with all the secrets can complete it in less time.

Underhell’s prologue is split up into two main parts: the protagonist’s house, a hub location where the psychological horror takes place. It is also where you will be exploring most, as so much storytelling is done here and in a unique way too. Discovering the secrets hidden in and around the house is actually optional, but it’s foolish to not complete it since it is all vital to the story. Even though many players will find themselves too frightened to explore the house! There is an optional gameplay tutorial hidden in a flashback. This tutorial takes you back to the protagonist’s SWAT training.

The actual prologue mission is a lengthy tactical FPS mission, not unlike Rainbow Six: Vegas. It is actually the low point of the game, but it is well made and certainly interesting as it gets weirder and weirder. It ends after a series of very strange, but expertly made, cutscenes following this mission.

The videos above are from both the original Prologue and the revised one from 2013. The revised Prologue is superior, offering better gameplay mechanics and visuals. If you’re wondering about the lengths described just above, allow us to clarify. Dragon Age: Origins features six completely different introductions. Which one you get depends on your character build. More high budget RPGs need to take after this.

Each of the six intros are a series of superb RPG quests with unique sub-plots and character development. Six introductions for six different base protagonists, meaning it takes at least six playthroughs to see everything this game has to offer. Each one contains important story material unlike many other game intros, and each one leads to a unique sub-plot that spans throughout much of the game. Each intro leads to unique side quests later in the game, and will provide the player with different motivations. It is a truly incredible example of high production game design. So those six playthroughs won’t just have a unique beginning, as Dragon Age: Origins is a better RPG than any recent AAA RPG by a long shot.

The introduction of Fallout 3 is legendary. It was heavily talked about at the time of its release. After a classic Fallout style cinematic, you start the game off as a baby, during birth in fact. Character creation takes place right then. Afterwards, it fast forwards to you being a toddler where there is a brief segment before jumping to your 10th birthday. After this, you play as your 16 year old self. One more time jump takes place, bringing you to age 19.

All of this, except perhaps your character’s birth, takes place within Vault 101, an underground fallout shelter in Washington D.C. Nobody leaves or enters the vault, it is said to have been sealed since the bombs fell around 200 years prior. Thus, when you are forced to leave the Vault, the only place your character has ever known, it’s a big deal.

Many important plot events occur during this introduction, and things can play out differently depending on your actions. The intro ends with you leaving the vault, entering the wasteland for the first time. It is one of the absolute most memorable introductions in video game history. We would have posted a video of it if the game wasn’t so unstable on Windows 7 and above.

It’s terrifying, it’s atmospheric, and it has some of the most impressive character development you’ll find in any game. Frictional Games showed that they are masters of writing characters who never even make a physical appearance, such as Dr. Roberts (aka the Spider Hater) and most of all Red.