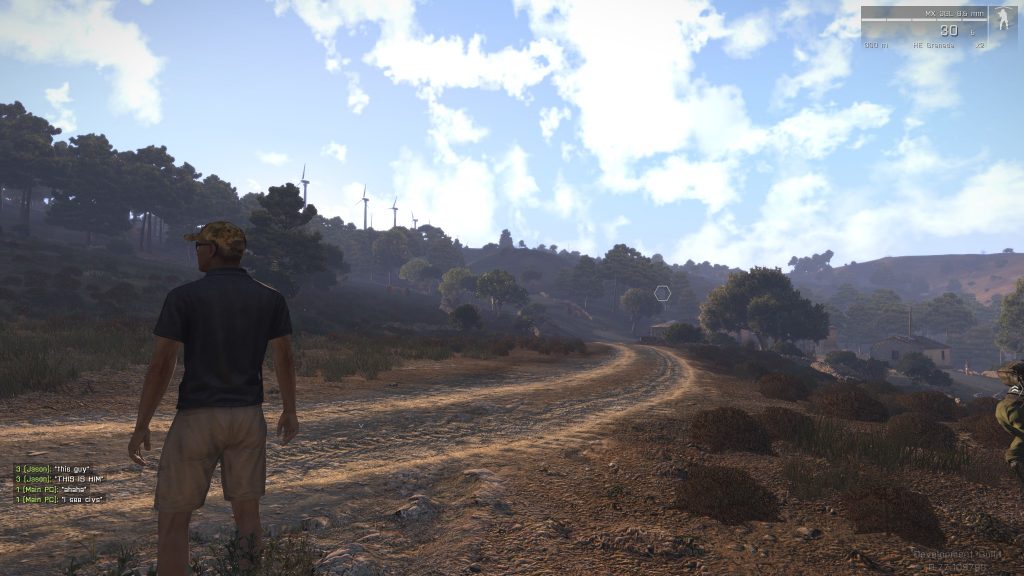 Arma 3 is a tactical first and third person shooter game based on Virtual Battlespace 3, a state of the art military simulator. This franchise is most known for its simulator functionality, seen not only in infantry gameplay but vehicle gameplay as well, from basic land vehicles to heavily armored tanks, boats, submarines, helicopters, fixed wing aircraft, and UAVs. It is also famous for its modding capability, as modding for its immediate predecessor, Arma 2, led to the creation of DayZ, one of the most influential games in recent years.

Arma 3 is the epitome of the Arma franchise. It is an indie game, being created and published entirely by Bohemia Interactive, yet it is one of the most popular games in the world. We reviewed it here on GND-Tech at launch, but much has changed in the last four years. It is one of the most and absolute best supported games of all time, one of the games we examined in our recent article,“The Pros and Cons of Long Term Game Support”. Arma 3 is also featured in our article on tactical shooters, and currently it occupies the #2 position in our article, “Top 20 Best Multiplayer Shooters of All Time”.

While the official Windows release was on September 12, 2013, Arma 3 was first released in Steam Early Access on March 5, 2013.

In this article, we will look at how Arma 3 has evolved over the years and show how this long term support is something that really benefits gamers.

First and foremost, Arma 3 is the recipient of many major engine updates that were all free. The biggest one is the upgrade from a 32-bit engine to 64-bit, allowing for much greater RAM allocation and performance. The visual upgrades include a new and improved lighting system, shaders including screen space reflections, parallax mapping, HBAO+, and more detailed here.

In addition to the many smaller DLC that was released, Arma 3 has now had one major expansion, one very recent minor expansion, and several significant free upgrades. We will look at them in chronological order. First up is Zeus, a free multiplayer DLC released in April 2014 that adds a real-time 3D editor to its multiplayer portion, letting the server administrator(s) control their server in real-time in a similar way that a Dungeon Master or Game Master does in a pen and paper RPG. This is something that separates good multiplayer games from great ones, and very few games even have such a thing (off the top of my head only the Neverwinter Nights series, Crysis and Crysis Wars only because of mods that add it, and the upcoming Divinity: Original Sin II).

There was some bitterness from the more hardcore Arma fans over this, since the Zeus 3D editor is essentially a finished but multiplayer-only version of the initially unfinished, unusable 3D editor that Arma 3 had by default. So those looking to make single player missions still had to use the outdated 2D editor. Thankfully, this limitation was only temporary even if a bit long; in late 2016, Bohemia Interactive released the free Eden update, adding some of the new graphics features mentioned above, overhauled and improved sound, and most of all the complete 3D editor for single player scenarios, as well as a brand new launcher with an integrated server browser, making Arma 3 one of the most user friendly games in existence.

Arma 3’s gargantuan expansion, called Apex, released in 2016. As of the release of Apex, Arma 3 has essentially doubled in size since launch, not counting mods. Apex includes a new 100 km^2 open world map called Tanoa, a new campaign, multiple scenarios, a new faction, 13 new weapons, 10 new vehicles, and far more. It is $35, close to the base game’s $40 price tag as of the time this article was written, but you certainly get what you pay for as it has more content than the vast majority of games despite being an expansion. Then came the free Malden update in June 2017, which includes Malden as the name implies, the open world level of Operation Flashpoint, which Bohemia cites as the first ever Arma game released in 2001. It was remade in Arma 3’s engine using some of Arma 3’s models and brand new ones. Malden DLC, which I repeat is free, also includes a new multiplayer mode.

The most recent official content update for Arma 3 is Laws of War, a very different type of game. It is a $12 expansion that includes a new humanitarian faction, a new mini-campaign, new vehicles, and other new content. Half of the net revenue from Laws of War direct sales will be donated to the International Committee of the Red Cross (ICRC). Official content updates like those discussed above are not the only major updates, additions, and improvements Arma 3 has seen over the years. The modding community is extremely active, and has finally moved away from Armaholic and focused more on the Steamworks platform. I have made a Steam Workshop Collection of the mods I use and highly recommend to everyone for Arma 3. One of these mods adds all content from Arma, Arma 2, and their expansions to Arma 3, minus their campaigns, making Arma 3 equivalent to many games in one. Not to mention the Liberation: 1944 mod which essentially ports Iron Front: Liberation 1944 to Arma 3. Iron Front is basically Arma 2 but in WWII, or now Arma 3 in WWII!

Plenty of other incredible mods are listed above, including new faction mods, hundreds of new weapons and outfits, dozens of new maps, even mods to procedurally generate entire campaigns (with some user based parameter input) on any of its maps!

To put it simply, no shooter has as much content as Arma 3, all things included, and it does not have that many paid DLC and the prices of most of its paid DLC is very low for what you get. Everything discussed above should be acquired along with the base game. We suggest Arma 3: Apex Edition to newcomers, as it includes all paid DLC minus Laws of War. No matter your version of the game, all free updates will be added automatically.