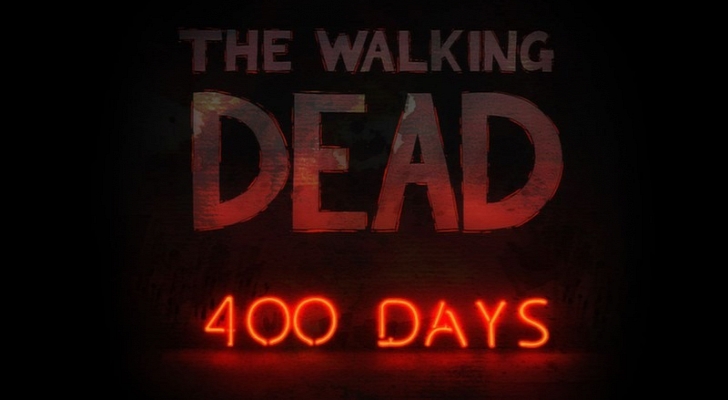 400 Days is the first, and only, DLC for Telltale’s most spectacular game yet, The Walking Dead.

For those who haven’t heard anything about it up to this point, 400 Days is a ‘filler’ episode which bridges the gap between Season 1 and Season 2 (which is planned for Q4 this year). It’s a brief episode which centers on 5 different characters, whose stories take place within 400 days after the outbreak.

400 Days retails for $5 on Steam, and requires you at least own Episode 1 of Season 1 to play. Though it would be smart to play the whole season because some decisions and events play into 400 Days. Also, The Walking Dead is simply a fantastic game and should not be missed.

So let us jump right in!
We’ll start with Story, since that’s what The Walking Dead is all about.

*I will try to keep it free of major stories but I will be giving away a few details of each chapter including character names and details such as setting and the day it takes place.*

Alright, I’m going to do this section in portions for each of the 5 characters. You can also use this part as a guide on which characters to play first.

So with that being said, we’re starting with Vince. This chapter starts out shortly before the outbreak even occurs and after a quick scene, you’re sent to 2 days after the outbreak. At this point, it’s still widely unknown and is only just spreading through Atlanta.

After a nice scene where you’re talking to some people on a bus, you’re already thrust into a stressful situation where you have to deal with a walker and make a difficult decision.

What you do in this chapter and every other chapter, effects a scene in the end of 400 Days.

Now step into Wyatt’s chapter. This chapter starts out 41 days in and it starts out with a bang, you’re in a car being chased by a guy who is also shooting at you. What’s going on? You don’t know.
Your friend is driving and instructs you to shoot back, you pick a gun and do so.

This chapter is a good showcase of how adept Telltale is at developing a character in a short time period. The secondary character, Eddie, is a well developed and likable character right off the bat. It’s a shame these chapters end so quickly, leaving little time to develop secondary characters.

After evading the pursuer by turning off into a foggy side road, Eddie hits something and you’re left with another dilemma. Someone has to go out and find out what you hit.
You can opt to play a game of rock paper scissors to see who goes out in the fog, volunteer or straight up refuse.

Next up is Russell’s chapter. His story starts out on the side of the road, with a few dozen miles of walking left. This takes place on Day 184.

After possibly meeting up with a familiar face, you acquire a ride to your destination. Something isn’t right though. Throughout this chapter you can express doubt and paranoia or just go with the flow. The location you visit in this episode pops up in at least 2 others.

It’s day 220, and this is when Bonnie’s story starts. Her story starts out in rain, talking to a friend. You’re interrupted by another member of your group who has showed up mysteriously carrying a backpack.

After a short argument, you’re on the run from unknown assailants. The next segment is you trying to evade them through a corn field. I’ll sum the rest up, bad things happen.

Bonnie’s chapter is the shortest and least fleshed out chapter of them all but it’s still tense and enjoyable.

The final, and most in-depth chapter is Shel’s. It starts out at Day 236 and you’re introduced as a member of a small group living together. This chapter is more open ended than the others and allows a bit of exploration(but it’s still very linear). In this chapter you’re joined by a more significant secondary character, your sister.
You can make choices which will shape how she reacts to certain events.

Not long after the episode starts, there’s something happening. You have to make a choice. A choice which has a serious outcome.

After this event, it cuts to Day 259. This is where the aftermath of your choice take effect. It’s not drastically different, but still. Dialogue is changed, among other things. This second part of the episode also poses a major decision. What will you choose?

That’s all for the summary of the story of each chapter.

Next stop is Gameplay.

In this section I’ll focus on the gameplay. It won’t be long though, as it shares every similarity with The Walking Dead Season 1.

The game starts out in an interesting manner. It’s a short cutscene that evolves into an interactive state. It’s a billboard, with photos of missing people. Eventually you come across the 5 characters that star in this episode. At that point you’re given control over choosing who to play as first. There is no real order, but it’s best to be played in this order:

So, like I said, Gameplay in 400 Days is basically identical to Season 1’s gameplay.
It adds a few new things though, such as wiggling the mouse to interact with certain objects and new gameplay sequences.

Due the briefness and linear nature of this episode, it actually is more point and click oriented than Season 1. This isn’t a deterrent to me, as I am open to many types of gameplay. Though it would have been nice to have a little more freedom in some of the chapters.

Other than those two differences, gameplay is just as good as it was in Season 1.
One thing to note is there is less action in this episode than the episodes of season 1. This episode feel more focused on introducing and developing the main characters.

That pretty much sums it up, since you SHOULD have played all of Season 1 prior to this DLC, you should be quite familiar with the gameplay 400 Days offers.

Time for Audio/Visuals. How does 400 Days stack up?

The Walking Dead: 400 Days looks no different than Season 1.
400 Days does have one ‘visual’ improvement though.
This is in the animation department.

Facial details are the more noticeable improvement. In some of the more tense scene, you can really see the emotions in the characters face. Not that Season 1 was lacking, but it seems to be more believable in 400 Days. Not only are the facial expressions and details improved, but the overall smoothness of the animations are slightly better. This has been one of the more noticeable visual downfalls with Season 1.

Even without the improvement 400 Days brings, The Walking Dead overall rivals most games in terms of facial expression and detail.

As for audio, this is where The Walking Dead and 400 Days really shine.

Voice Acting is superb, as usual. It really is nice to see some serious voice talent in game like this, otherwise the experience just wouldn’t be the same. Like the facial expressions and details, the Voice Acting rivals most games. It is one of the many high lights of 400 Days.

Sound Effects have also improved a bit. For the most part, the sounds remain the same in quality, but some of the new zombie growls are much more convincing and high quality. Attention to detail is a powerful factor in 400 Days, and it’s especially appreciated to to the brevity of each chapter.

Music is another factor in The Walking Dead. It remains top notch in 400 Days, some of it even stuck out for me, which is rare.

So, in terms of visuals, voice acting, sound effects, and music, 400 Days does it all very well. Some may say there is something to desire with the graphics, but The Walking Dead never set out to look realistic. It’s emulating the comic art style, and it does a great job at that.

There isn’t much left to say, which is why we’re moving on to the conclusion of this review.

The Walking Dead: 400 Days is a great piece of DLC. It makes me wish that more would be created to hold me over till Season 2, but this will have to do for now.

400 Days is a brief episode but it spans a large time period, giving us insight into many events and new characters within The Walking Dead universe. Telltales masterful storytelling and character development all come in to play in this episode. Despite how short this episode is, Telltale manages to pack in some major choices with equally major consequences. I guess we’ll have to wait until Season 2 to see the full outcome of our actions.

Now for our score: 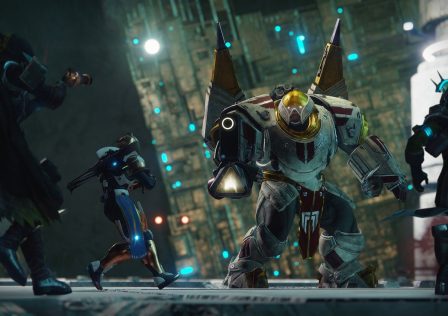 Destiny 2 is Free To PC Gamers Until November 18th

A Glossary of Video Game Genres 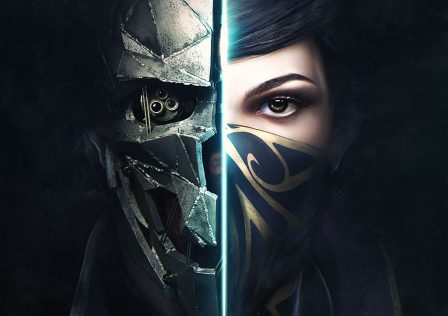