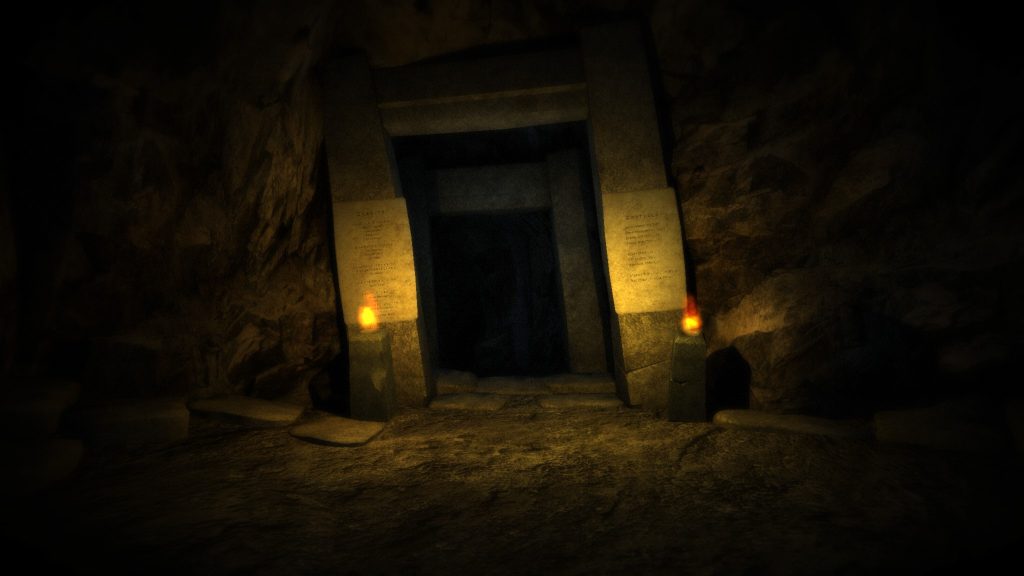 Doorways is an episodic horror and mystery game, released exclusively on PC in late 2013. Only the first two chapters have been released so far, and that’s what we’ll be looking at today.

This game looks to provide very unique, creepy atmosphere. You play as Thomas Foster, of Doorways Investigations, sent to hunt down four dangerous psychopaths for the betterment of mankind. But as you will find out, this is not a straightforward journey or manhunt. Nothing is what it appears to be, as you will delve into the minds of these psychopaths to understand their motivations.

This PC exclusive title uses Steamworks, and supports mouse/keyboard and controller setups. There’s a potential compatibility issue caused by conflicting drivers; if your character rotates on his own, disable or uninstall your controller in Device Manager -> Human Interface Devices. Oddly enough, there’s no mouse support in the menus.

Doorways is a first person adventure game like no other. It’s a psychological-horror mystery game in which you are sent on the trail of various psychopaths. The game is filled with very unique, supernatural, and surreal atmosphere that really stands out.

You’ll never know what this strange, changing world holds for you as you progress forward. In a way you are delving into the minds of the psychopaths you’re trying to pursue, in order to understand their motivations and character, so that you are able to physically and mentally defeat them.

The premise is rather simple, but the game plays out in a very unique way. There isn’t any combat; Doorways is about exploration, with some light puzzle gameplay and platforming thrown in. It’s a mystery game, you’ll mostly be following a killer’s path and investigating what you find along the way. Each chapter puts you on the path of a different killer, each with their own unique persona. Every level is full of symbolism that personifies traits of the psychopath you’re pursuing. This is because Doorways Investigations isn’t your usual group of bounty hunters or vigilantes; they pursue their foes psychologically. The game suggests that you delve into the minds of these psychopaths, hence all the symbolism and supernatural aspects, to learn their deepest secrets and become one with them, in order to truly defeat them. This opens up doors (pun intended) to interesting psychological elements, and foreshadows events that may occur in later chapters. All of this may trace back to Manhunter, but Doorways is a more visual, artistic, and disturbing adventure.

Gameplay mechanics are very straightforward. The inventory system is different than most games and pursues a more “3D” approach, but it actually works well. The most important aspects of gameplay that you’ll constantly be using are the inventory which holds any kind of usable item, the journal which holds notes and related texts, and there’s a special box that holds collectible Relics which don’t really serve a purpose (they seem to be a reward for exploration. All of these features work quite well.

One thing I don’t like is the torch, your main light source during chapter 1. It only lasts maybe 30 seconds at most. I understand trying to make gameplay more difficult, but this was just strange and didn’t feel plausible.

Throughout the game you’ll be exploring creepy places that can change before your eyes, and there are many puzzles and some platforming as well. It’s a really unique game, I can’t say I’ve played anything like it. Atmosphere is especially unique; the looks, the sounds, the way it changes, this game took so much artistic and creative talent to make. They use sounds really, really well to make the game send chills down your spine, almost like Anna: Extended Edition or the classic Silent Hill games.

The places you visit tell a story of their own, embodying the personality of the psychopath you’re tracking down. Scenery changes considerably in each chapter, and even during the chapters. Every location you visit is very distinct, every chapter essentially tells a story of its own. This is an incredibly immersive game.

Doorways is devoid of typical lurking enemies. There are plenty of dangers, true, but they vary depending on the chapter you play. The darkness is lethal in chapter 1; once engulfed in it, you will be attacked. You also visit a castle full of traps. Chapter 2 on the other hand has some distinct enemy encounters and even a boss fight. Every chapter is full of surprises in order to keep you on your toes.

But on a related note, you visit one extremely creepy and memorable location in chapter 1, that I think would have been made better had there been some kind of encounter there. To be more specific, you visit the lair of a torturer. It’s an incredibly detailed and spooky place, but had there been a bigger threat there from the torturer (or the illusion of such, which could be just as good), it would have ended up being one of the scariest moments in video game history and thus making our list.

At the end of the day, Doorways provides amazing atmosphere with incredible, almost surreal locations. Every chapter is a different manhunt, with a very distinct antagonist. The avid use of symbolism embodied in the level design, which often changes before your very eyes, really helps to personify these villains and they make the journey so much more interesting and so much more creepy.

It takes roughly three hours to finish the first two chapters. Two more chapters are planned, and they will be standalone so keep your wallet ready.

Doorways has a distinct visual style. There is an annoying vignette effect that can thankfully be disabled. The lighting, colors, and contrast make Doorways look unique, perhaps emphasizing the surreal feel of the game.

It uses a lot of post processing effects that actually work out to its advantage. On a technical level, it’s an average looking game. There’s nothing special about the models, texture quality, or mapping techniques. The lighting and shadows look good, and the look sets up the atmosphere quite well. The game works quite well with full screen sparse grid supersampling, for you NVIDIA users. Though setting this to 2x and using downsampling still leaves a bit desired. Thankfully it’s easy to run, so you may be able to use more than 2x.

Sound effects are very good too, which is a requirement for horror games. Footsteps, basic collisions, the sound of machinery operating, the sounds you hear during the many freaky encounters are all very well done. Doorways doesn’t leave much to be desired in either regard. There’s room for improvement sure, but the graphics are decent, the sound effects are very good, and the little amount of voice acting present is very good.

Doorways is a minimalistic game, not relying on typical gameplay aspects but instead focusing on exploration and discovery. It’s a mystery game and a horror game; every chapter is a distinct manhunt for a psychopathic killer. Each one tells a different story of their own, making heavy use of symbolism and imagery to personify the villain you’re hunting. It’s an interesting, very atmospheric experience that shouldn’t be missed. Anyone who is a fan of horror games or mystery games should give it a try.

For a breakdown of our scoring system and how it works, look here.

[…] was a close call, but Doorways: Chapter 1 starts off the list, specifically the basement of a psychopathic killer. It was used as a torture […]