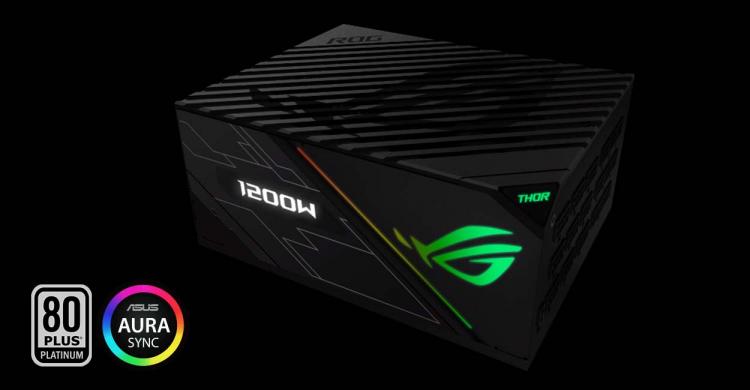 Asus ROG has officially launched their latest series in extreme high end power supplies, the ROG Thor 850 Platinum and ROG Thor 1200W Platinum. The two new power supplies are designed for enthusiasts and extreme system builders who demand the very best from their hardware. The new PSUs feature advanced integrated cooling, premium high-end internal components and is also enabled with ASUS Aura Sync RGB lighting software. In addition to the integrated LED’s the ROG Thor power supplies also include a built in OLED power display that can show information such as the system power draw in real time. 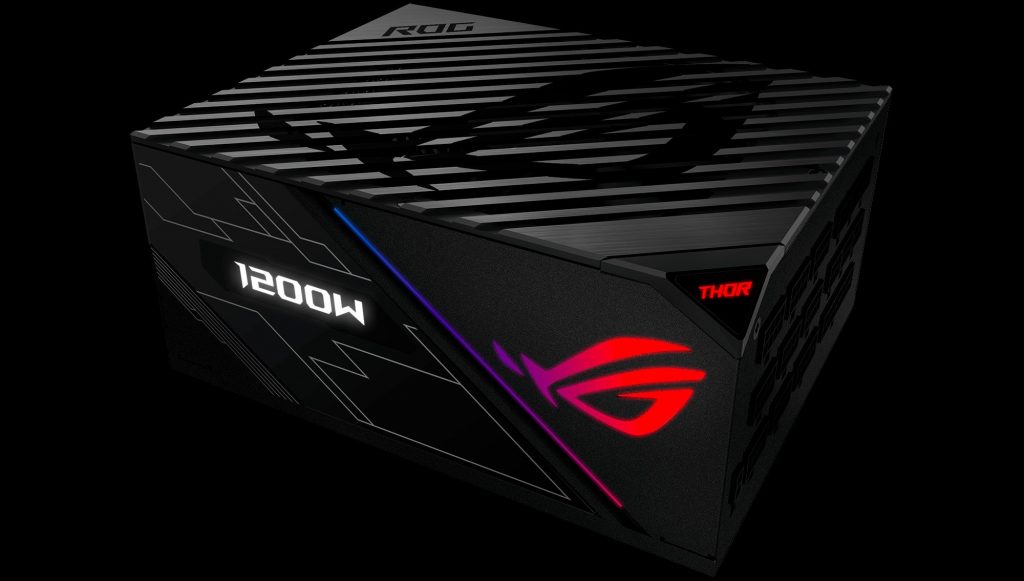 Large Integrated Heatsinks
The 1200W Platinum and 850W feature custom machined heatsinks provide up to 2X more surface area than standard pressed heatsinks. This enables cooler operation, extending the lifespan of components and allowing 0dB operation long after standard designs would have to spin up their fans.

OLED Power Display
ROG Thor PSUs are the first consumer PSU series to feature an integrated OLED Power Display on the side of the unit that shows overall system power draw in real-time. This allows users can easily monitor the power draw of the system without using external hardware or software installed on the system.

Individually Sleeved Cables
Each wire has been individually sleeved to provide aesthetic looks and increased durability. The sleeved cables include one 24-pin, four 6+2-pin PCI-e cables and two 8-pin CPU cables. Also included is an RGB connector that plugs into the addressable RGB header on your ASUS motherboard. 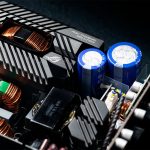 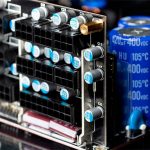 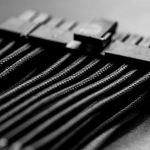 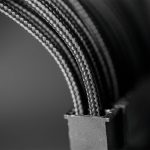